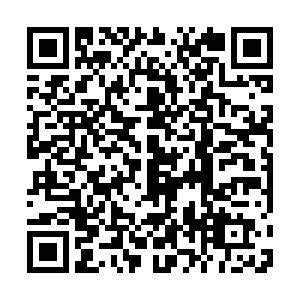 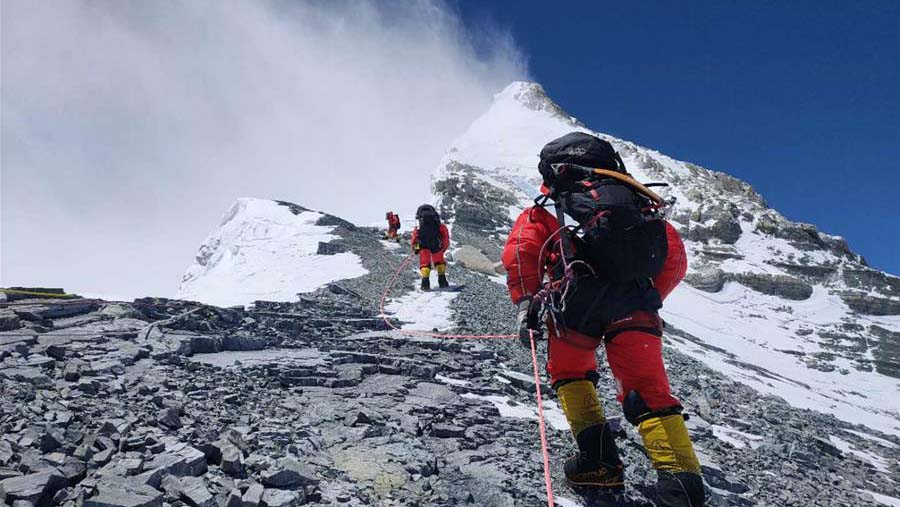 An eight-member Chinese surveying team arrived at the 5,200-meter-high base camp of Mount Qomolangma at 20:45 BJT (1245 GMT) on Thursday, over one day after they reached the summit and measured the height of the mountain. All the members are in good health.

The team reached the summit of Mount Qomolangma at 11:03 a.m. BJT on Wednesday, on a mission to accurately measure the height of the world's highest mountain.

The exact number will come out one or two days later after the data is sent back, re-calculated and cross-confirmed, according to Dang Yamin, the project leader of the remeasurement task.

The project, also the sixth round of remeasuring, was carried out on April 30. Before this, a survey team of 53 members had been making preparations since early March in the surrounding areas.

Telecommunication companies also help set up several world's highest 5G base stations on some of the base camps of the mountain, providing signal services to mountain climbers, investigators, and research teams.

The information collected from the mission will be applied in researches like geodynamics. The precise data of snow, weather, and wind speed will become first-hand references for glacier monitoring and environmental protection. 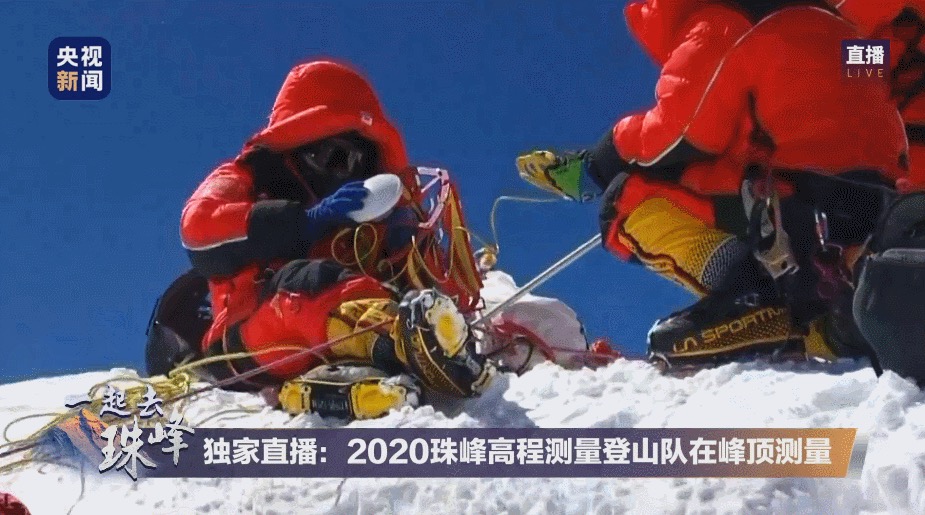 Two members of the surveying team measure on the summit. /CCTV

Two members of the surveying team measure on the summit. /CCTV

Before the successful landing to the summit, people's curiosity on the remeasurement project were high. We asked Dang some of the most frequently asked questions. Below are excerpts from the question and answer session.

Why can't we use technologies like remote-sensing satellites or drones to do the job?

The remote sensing satellite technology is mainly used for surface monitoring, giving locations on the earth. But for the accuracy of the exact height, the technology is far from enough. It can only be accurate to within two meters, but what we required is to reach centimeter to millimeter accuracy. 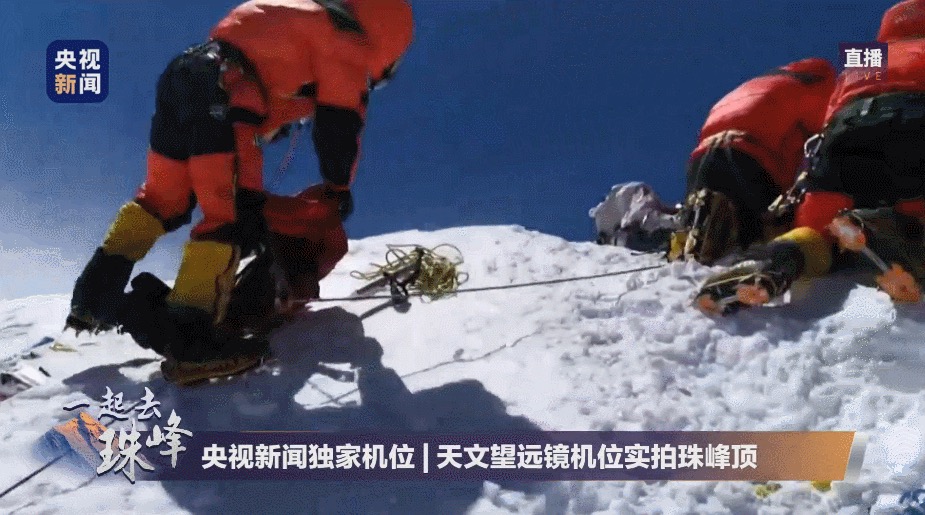 Why can't we get the climbers to the top by helicopters?

The space on the top of the mountain is too narrow [and can] barely land helicopters. Any improper landing is enough to spark an avalanche that would kill everyone attempting the climb, let alone to offload the measurement facilities, equipment and climbers.

In addition, the speed of winds on top reaches up to 75 mph, roughly about the level of a hurricane. Therefore, it's almost impossible for the helicopters or drones to hold steady. The frequent snowstorms also have the ability to launch an icicle that can shred metals.

How long will climbers stay after reaching the peak? What will they do?

They will stay for about one and a half hour considering the severe environment on the top and the lack of oxygen.

There are three things climbers need to get done while at the top. The first is to set a beacon there for base camps surveying teams at the elevations of 5,000 and 6,000 meters above sea level to do intersection measurement. The second is to use the satellite navigation system receiver to measure the position and elevation at the top. The last is to measure the snow depth by using radar technology. 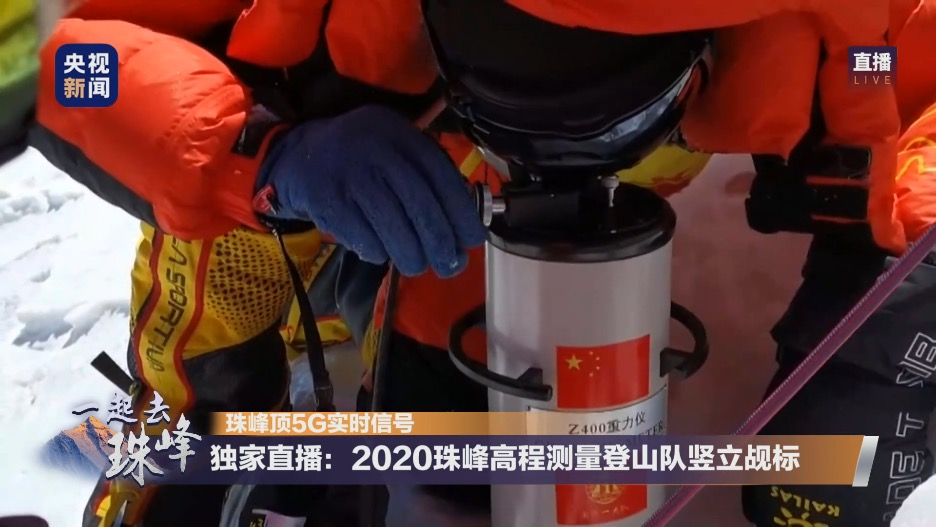 What's the biggest difference between this and previous measurements?

For previous measurements, surveying teams had to bring the data to the data center themselves. But this time, 5G signal allows scientists to access the data in real-time.

Can we know the height as soon as finishing the measurement?

No. A successful measurement just means the team has obtained first-hand data, rather than the exact elevation of the mountain.

The measurement is a systematic project that will take about two to three months.

"Based on data analysis and processing, theoretical research, rigorous calculation and repeated verification are all needed to determine the accurate elevation of Mount Qomolangma," said Dang.

Besides, factors including temperature, air pressure, and refraction environment will have an impact on the measurement, therefore scientists need to eliminate the error through complex calculations for an accurate elevation.

And finally, the exact "height" of Mount Qomolangma will be obtained after a review process.

Why is it important to measure the height precisely ?

An accurate measurement can bring an end to non-identical heights of Mount Qomolangma and contribute to the world's earth science research, which is of great social and scientific significance.

"From the horizontal and vertical velocity changes of the crust of Mount Qomolangma and its adjacent regions, we can tell that the interaction force between the Indian Ocean Plate and the Eurasian Plate changes unevenly, and it is the source power of the periodic seismic activities in the Chinese mainland," said Cheng Pengfei, member of the leading team of this year's measurement and director of the Chinese Academy of Surveying & Mapping. "These research results will have an important practical significance for China's earthquake prediction, disaster reduction and prevention."

Cheng added that the measurement will also help learn the ecological situation and environment of the region where the mountain is located.

The measurement of Mount Qomolangma has advanced from traditional geodetic surveying to a modern one in China since 1949, said Li Guopeng, a team leader from the Ministry of Natural Resources.