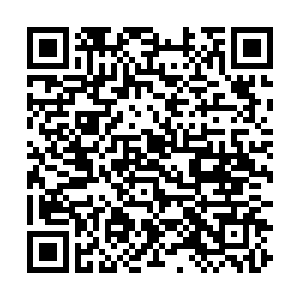 Zhao Lijian, the ministry's spokesperson, made the remarks during the daily briefing in response to a question about U.S. President Donald Trump's comments that Washington on Friday will announce new U.S. policies on China regarding the national security legislation for Hong Kong.

"We advise that the U.S. recognize the situation and stop interfering in Hong Kong affairs and China's internal affairs," Zhao warned.

"If the U.S. insists on harming China's interests, China will take the necessary measures to resolutely fight back," he added.

Deputies to the 13th National People's Congress (NPC) of China Thursday voted overwhelmingly to approve the decision on Establishing and Improving the Legal System and Enforcement Mechanisms for the Hong Kong Special Administrative Region (HKSAR) to Safeguard National Security at the closing meeting of the NPC annual session.

The decision of the NPC to establish and improve the legal system and enforcement mechanism for the maintenance of national security in the HKSAR, is entirely China's internal affairs, Zhao pointed out

"No foreign country has the right to interfere," the spokesperson said, adding that China will take the necessary counter-measures to resolutely oppose the wrong actions of external forces interfering in Hong Kong affairs.

Noting that Washington has important interests in Hong Kong, Zhao said the the SAR is an important area for the investment and operation of American industry and commerce.

The spokesperson highlighted that over 1,300 American companies have offices in HKSAR with about 300 U.S. firms basing their Asian regional operations in the city and the city is also home to roughly 85,000 American citizens.

Saying nearly every major U.S. financial firm maintained a presence in Hong Kong, Zhao added that the U.S. had a trade surplus of 297 billion U.S. dollars with Hong Kong in the past decade, which was the biggest among their trading partners.

A safe, stable and prosperous Hong Kong serves the interests of the U.S., he said and added China welcomes the continued development and greater success of the American business community in HKSAR.

The Liaison Office of the Central People's Government in the HKSAR Friday also voiced firm opposition to the United States' wanton intervention in Hong Kong affairs and strongly condemned U.S. slander about the national security legislation for the HKSAR.

In response to the recent U.S. condemnation, the liaison office's spokesperson pointed out the HKSAR government has responded in a timely manner, urging the U.S. to stop interfering in China's internal affairs based on its own interests in Hong Kong.

The spokesperson added the office firmly supports the chief executive of the HKSAR and the SAR government in fulfilling their obligations to safeguard national security, and in promoting the early restoration of peace and economic and people's livelihood development in Hong Kong.

"We believe that the national security legislation for the HKSAR could help Hong Kong get out of the current dilemma and lay a solid institutional foundation for Hong Kong's long-term development," the spokesperson added.