Police, protests and politics in the U.S.
First Voice 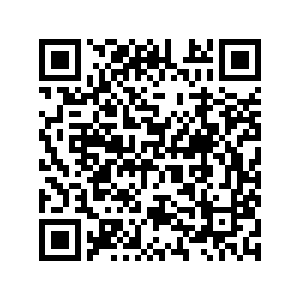 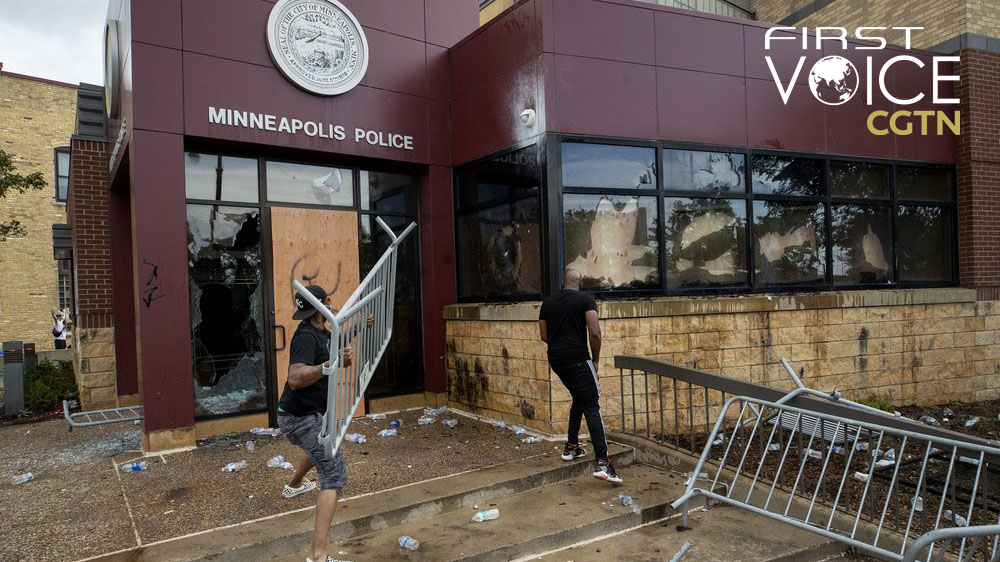 On May 25, 46-year-old African-American restaurant worker George Floyd died after a white police officer pressed his knee on his neck for more than eight minutes in Minneapolis, Minnesota. "Please, please. I can't breathe" were Floyd's last words.

In the days after his death, "I can't breathe" became a rallying cry across the state of Minnesota and swept across the rest of the United States. Protests erupted in multiple cities in states like California, Ohio, Colorado, Massachusetts and, of course, Minnesota itself. In many places, violence and chaos took over.

In Denver, protesters marched through downtown and temporarily prevented cars from entering a freeway. Local police fired tear gas and pepper bullets into the group to clear the area. In Columbus, Ohio, police used pepper spray to disperse protesters on the streets. And in Minnesota, the state authority was dealing with the third night of unrest. On Thursday night, protesters reportedly took over Minneapolis police department's 3rd Precinct Building and set the it ablaze. The governor of Minnesota has deployed more than 500 troops of Minnesota's National Guard in an attempt to quell the unrest and restore order.

Vanity Fair calls Floyd's death a "boiling point in America after weeks of sustained racist and violent incidents." But, for a country that has witnessed intensifying racial tension in recent years, the pot just seems to be boiling too often with a solution far out of sight. 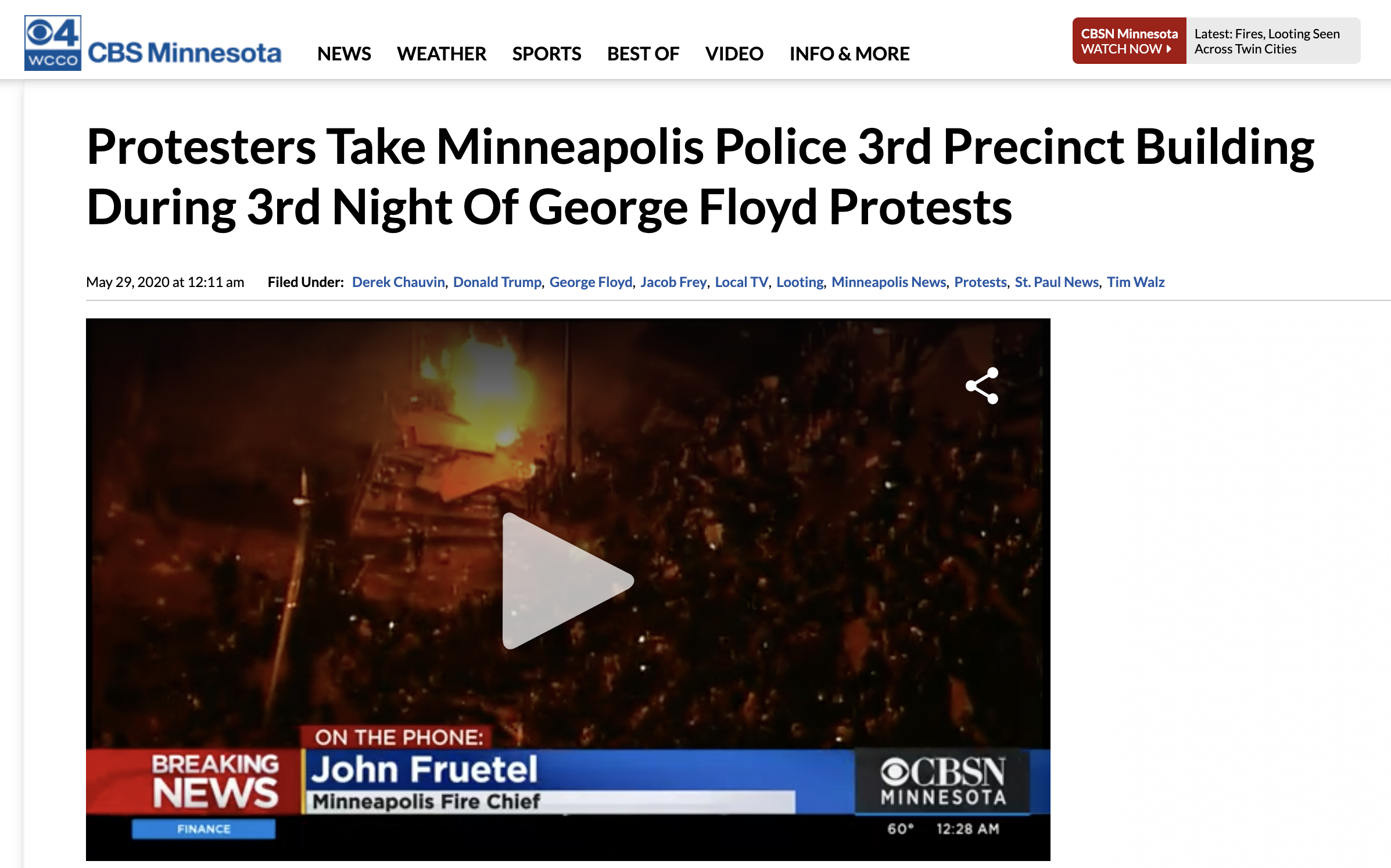 A screenshot of CBS's report on protesters taking over Minneapolis police department's 3rd Precinct Building and setting it on fire. /CBS

A screenshot of CBS's report on protesters taking over Minneapolis police department's 3rd Precinct Building and setting it on fire. /CBS

According to the U.S. Department of Justice, the imprisonment rate for African-American men is nearly six times the rate for white men. Despite rising income among African-American households, Brookings Institute released an analysis in February this year saying that the net worth of a typical white family is still almost ten times a black family's. Amid the current COVID-19 pandemic, statistics from U.S. Center for Disease Control and Prevention shows that nearly 23 percent of reported COVID-19 fatalities are African American, even though this particular racial group only makes up 13 percent of total U.S. population. Seeds to unrest have already been set, and all it takes for it to blow up is one incident.

What doesn't help is the current U.S. administration's attitude and actions. Besides the fact that Donald Trump only won eight percent of African-American votes in 2016, CNN reported in mid-May that 79 percent of African Americans believe the federal government is doing badly in stemming the coronavirus, compared to 50 percent of white people who believe the same.

And the administration has indeed demonstrated a cavalier attitude towards race-related issues. Just two weeks ago, President Trump sparred with a Chinese-American CBS News reporter during a press conference, accusing her of asking "nasty question" and saying that she should "ask China." His eagerness to push for reopening the economy is argued by some as putting minorities in danger. Camara Phyllis Jones, adjunct associate professor at the Morehouse School fo Medicine, said during an interview with The Hill that minority communities are hit harder because they are poorer, tend to have more chronic diseases, lack access to healthcare and long-term investment in the community. Trump's response, argued by Jones, hasn't really addressed these problems and the "push to reopen the economy puts those communities further at risk."

Whether George Floyd's death would lead to meaningful changes is still unclear. Police, protests and politics seem to have become a routine set of factors when it comes to race in the United States. It doesn't hurt to hope that something positive could come out of this. But realistically speaking, holding out too much hope could mean greater disappointment.