Another withdrawal: How did the Trump administration and the WHO get to this point?
CGTN 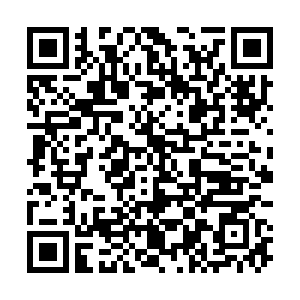 From trade and climate pacts to security alliances and now the world's health committee, U.S. President Donald Trump has never hidden his frustration with multinational organizations. Since his inauguration, the president has extracted America from more than 10 international bodies and treaties.

On Friday, despite of widespread protests coming from infectious disease experts and government officials both home and abroad, he announced the decision to terminate the country's relationship with the World Health Organization (WHO).

This means, the U.S. is basically on its own on the world stage in the global fight against this public health crisis, especially at a time when the deadly coronavirus is still soaring worldwide. Currently, the confirmed death toll out of the disease stands at 364,000.

Trump cited "China's fault" in his Friday announcement, accusing the Asian country of pressuring the WHO to "mislead the world" regarding the virus. Back in April when the president suspended funding to the international body, he criticized the United Nations health assembly for being "China-centric," lashing out to their fail in objectivity in assessing the situation on the ground.

But how did we get here? Why did President Trump - who initially praised the WHO's response to the coronavirus - make such a big U-turn in recent weeks? Here's a timeline highlighting Trump and WHO officials' key quotes.

The WHO reports a "pneumonia of unknown cause" in Wuhan, China.

The WHO recognizes the outbreak as a "public health emergency of international concern."

At a campaign rally in Manchester, New Hampshire, Trump says: "Looks like by April, you know, in theory, when it gets a little warmer, it miraculously goes away."

Trump tweets, "The Coronavirus is very much under control in the USA. We are in contact with everyone and all relevant countries. CDC & World Health have been working hard and very smart."

The WHO raises the global risk of the coronavirus from "high" to "very high."

In a meeting at the U.S. Capitol, Trump says, "We're prepared, and we're doing a great job with it. And it will go away. Just stay calm. It will go away."

WHO Director-general Tedros Adhanom Ghebreyesus announces that "COVID-19 can be characterized as a pandemic."

Trump tells reporters, "this is a pandemic. ... I felt it was a pandemic long before it was called a pandemic."

Trump suggests reopening the country by Easter (April 12) in a tweet, "Easter is a very special day for me. And I see it sort of in that timeline that I'm thinking about. And I say, wouldn't it be great to have all of the churches full?"

The U.S. leads the world in confirmed number of COVID-19 cases.

Nearly 10 million Americans lose their jobs, including a staggering 6.6 million who applied for unemployment benefits in the last week of March.

Trump criticizes the WHO for mishandling the pandemic. "The WHO really blew it. For some reason, funded largely by the United States, yet very China-centric."

"Please don't politicize this virus," Tedros responds when asked about Trump's remarks the day before.

Trump announces the decision to suspend WHO funding.

In a White House briefing, Trump suggests injecting disinfectant like bleach or isopropyl alcohol inside human body to help combat the virus.

The WHO extends its declaration of global public health emergency.

In a letter to the WHO, Trump accuses the health organization of "lacking independence from China."

Trump announces that the U.S. is cutting ties with the WHO.

The American Medical Association, the nation's largest physician group, urged Trump in the "strongest terms possible" to reverse the decision.

"This senseless action will have significant, harmful repercussions now and far beyond this perilous moment, particularly as the WHO is leading worldwide vaccine development and drug trials to combat the pandemic," Dr. Patrice Harris with the group said in a statement.

"We can only be successful in defeating this global pandemic through a coordinated international response with respect for science and data," Pelosi said.

"This decision is dangerous, illegal, and will be swiftly challenged."

The United States is the biggest contributor to the global health body, paying about 400 million U.S. dollars each year, about eight percent of WHO's 4.8 billion annual budget. According to the U.S. president, those funds will be redirected to other "worldwide and deserving, urgent, global public health needs."

The president has made the "blame game" for the coronavirus outbreak a large part of his response to the pandemic, with some saying the latest move was taken for political reasons.

"It was never about reforming the WHO. That was all lies," said Democratic Senator Chris Murphy on Twitter.

"It was always about distraction and scapegoating," he wrote. "What a nightmare."