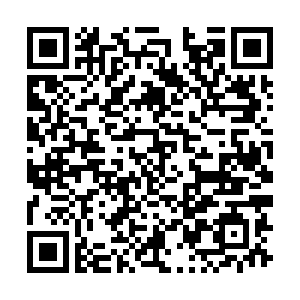 Negotiations between the UK and the European Union (EU) on their post-Brexit relationship will continue for a fourth round on Monday.

Their third negotiating round, which resumed on May 11, concluded with "very little progress" as negotiators from both sides blamed each other's plan. Questions remain over fishing rights and how closely the UK will stick to EU regulations and allowing a role for EU's top court, the European Court of Justice.

Under the binding terms of the divorce agreement, a decision must be made on any prolongation by the end of June. Therefore, if the stalemate continues, the UK and the EU must mutually agree by the end of June whether to extend the transition period beyond 2020.

If they decide not to extend, without an agreement on trading terms, the UK will leave the EU Single Market and Customs Union on the so-called World Trade Organization's terms.

The Legislative Council (LegCo) of China's Hong Kong Special Administrative Region (HKSAR) voted on the National Anthem Bill on Thursday, a week after it passed the second reading.

The proposed legislation would criminalize insulting or misusing China's national anthem "March of the Volunteers" with a fine of 50,000 Hong Kong dollars (approximately 6,450 U.S. dollars) and up to three years in jail.

The HKSAR government started to push for the legislation at the beginning of 2018 and the LegCo finished the first reading and entered the second-reading phase in January 2019. The second reading that should be resumed in June 2019 had been postponed due to social unrest and the deadlock in the LegCo's House Committee.

The UK will host GAVI's third Global Vaccine Summit to raise funds for the research and development of a COVID-19 vaccine.

Pledging to mobilize at least 7.4 billion U.S. dollars in additional resources, the conference aims to use the funds to protect the next generation with vaccines, reduce disease inequality and create a healthier, safer and more prosperous world.

Saturday: The Republic of Korea (ROK) marks the 65th anniversary of Memorial Day; Spain lifts its state of emergency.