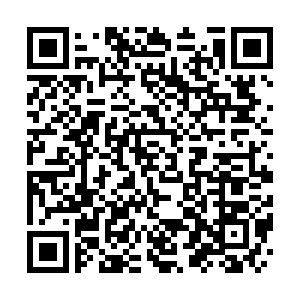 Han assured Lam that the central government remains committed to the principle of "One Country, Two Systems" and the legislation will benefit not only the implementation of the principle but also the long-term prosperity and stability of the Hong Kong society.

Lam revealed more details at a press conference Wednesday afternoon. According to her, the legislation is aimed at better protecting the lawful rights and freedoms of Hong Kong residents.

The central government hopes the legislation will comprehensively and accurately establish and improve the legal system and enforcement mechanisms for the HKSAR from the state level, said the chief executive while noting that people of all sectors of society will be consulted over the process.

"I, together with the HKSAR government fully support the NPC's draft decision on establishing and improving the legal system and enforcement mechanisms for the HKSAR to safeguard national security," Lam stated, calling on all Hong Kong residents to support the legislation as well.

She assured reporters that the legislation only targets a small group of people who carry out terrorist activities, as well as activities interfering with Hong Kong affairs by external forces. "Interests of the majority Hong Kong residents who are abiding by the law will not be undermined," added Lam.

Regarding questions on whether the legislation will change Hong Kong's unique status as a special administrative region, Lam dismissed the concern by stressing that the status comes from the principle of "One Country, Two systems."

Hong Kong bears the constitutional responsibility to safeguard national security, just as other parts of China, there is no exception, she noted.

Carrie Lam exclusive: Central govt to help HKSAR come out of the woods

Lam's visit, at the invitation of the central government, is the first time after the NPC overwhelmingly adopted a decision on the legislation of national security laws for Hong Kong on May 28.