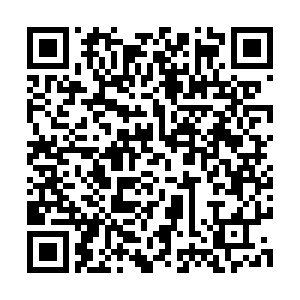 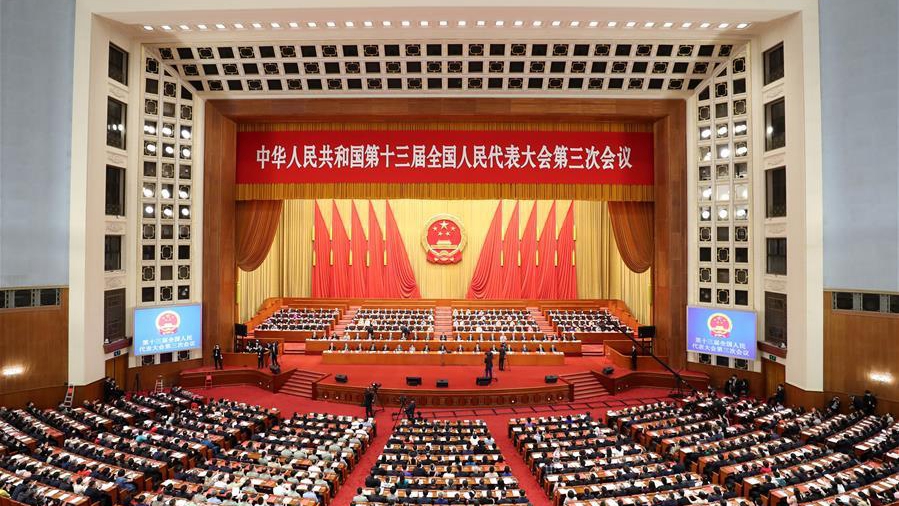 China's top legislature on Thursday adopted a decision to make a national security law for Hong Kong to counter foreign interference and attempts to seek independence of the special administrative region.

The central government's national security department will also set up an agency in Hong Kong to fulfill its job, while Hong Kong shall also establish a special body and enforcement system to safeguard national security, according to the decision passed during the closing meeting of the annual session of the National People's Congress (NPC) in Beijing.

The decision said China will take "necessary counter-action" if any foreign country or force tampers with the special administrative region's internal affairs.

The document also reiterates China's "unswerving" principles of "One Country, Two Systems" in Hong Kong, meaning the city can still enjoy a different political system from that of the Chinese mainland. 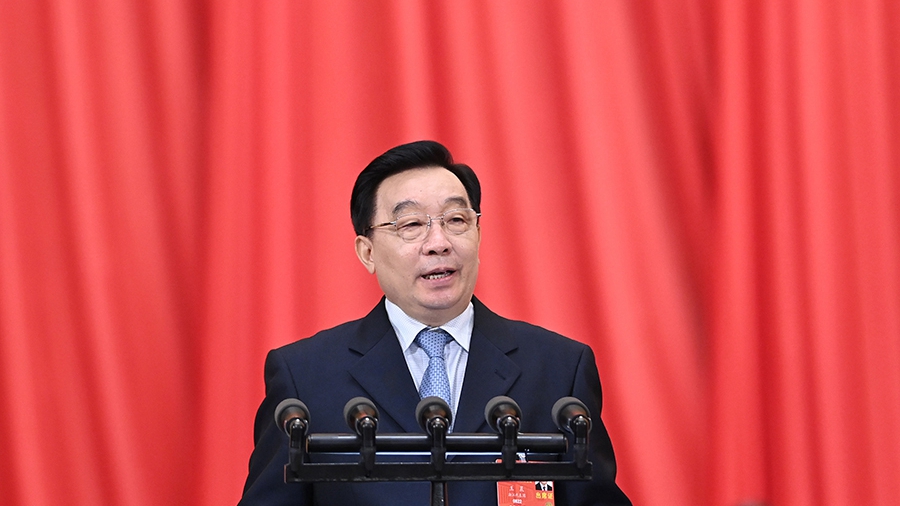 Wang Chen, vice chairman of the Standing Committee of the National People's Congress (NPC) explains the draft decision to the third session of the 13th NPC, May 22, 2020. /Xinhua

Wang Chen, vice chairman of the Standing Committee of the National People's Congress (NPC) explains the draft decision to the third session of the 13th NPC, May 22, 2020. /Xinhua

Wang Chen, vice chairman of the Standing Committee of the NPC, said the draft decision aims to fix the loopholes in Hong Kong's legislation as the city, after nearly 23 years since its return to the motherland, has not yet fulfilled its legal responsibility of enacting laws on its own to safeguard national security in accordance with Article 23 of the Basic Law.

The following is an outline of the decision passed by the legislature on Thursday.

Article 1 states clearly that the country will unswervingly, fully and faithfully implement the principles of "One Country, Two Systems," "the people of Hong Kong governing Hong Kong" and a high degree of autonomy; stresses taking necessary measures to establish and improve the legal system and enforcement mechanisms for the HKSAR to safeguard national security, as well as prevent, stop and punish activities endangering national security in accordance with the law;

Article 2 states clearly that the country resolutely opposes interference in HKSAR affairs by any foreign or external forces in any form and will take necessary countermeasures;

Article 3 specifies that it is the HKSAR's constitutional responsibility to safeguard national sovereignty, unity and territorial integrity; stresses that the HKSAR must complete the national security legislation stipulated in the Basic Law of the HKSAR at an earlier date and that the HKSAR's administrative, legislative and judicial organs must, in accordance with relevant laws and regulations, effectively prevent, stop and punish acts endangering national security;