'I want justice': Mother of George Floyd's daughter says he was a good man, father
CGTN 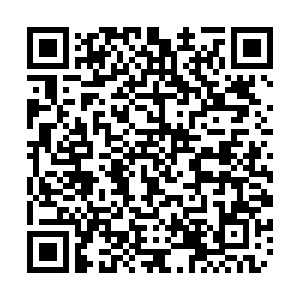 The grieving mother of George Floyd's daughter on Tuesday demanded justice for him, saying he was a good father who did not deserve to die face down on the pavement, pinned under the weight of three police officers.

With her six-year-old daughter Gianna clinging to her, Roxie Washington told reporters she wants all four officers involved in Floyd's death to pay for the killing, which has sparked protests across the U.S. and the world.

"At the end of the day, they get to go home and be with their families," Washington said. "Gianna doesn't have a father. He will never see her grow up, graduate. He will never walk her down the aisle."

As Washington made her remarks during a brief news conference inside Minneapolis City Hall, Gianna, dressed in a white shirt, tennis shoes and light blue jeans clung to her mother. 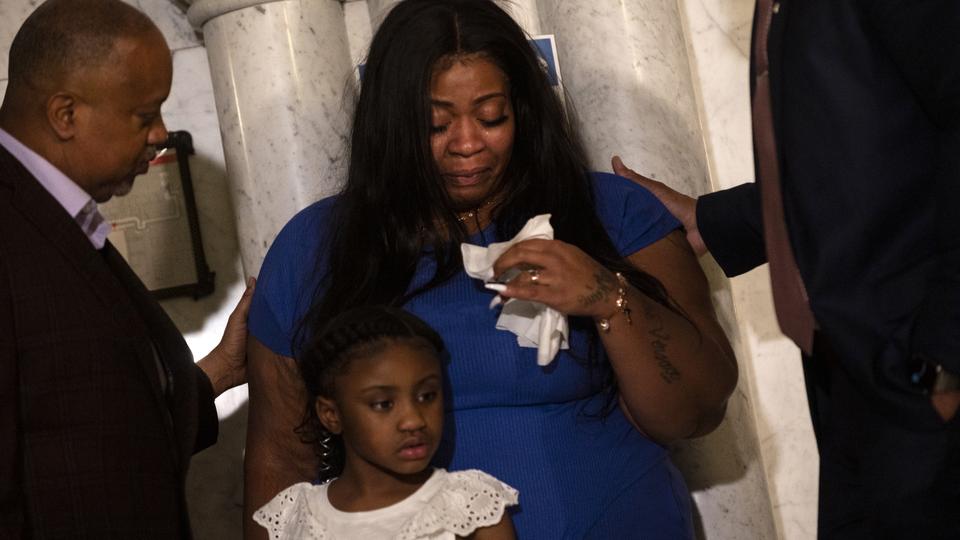 "Why do we have to see her pain? I am here to get justice for my brother ... and somehow, god damm it, we are going to get it," Jackson said, his voice echoing through the marble and stone rotunda. "It has to stop."

Floyd, a 46-year-old African American, died in police custody in Minneapolis on May 25 after a white police officer, Derek Chauvin, knelt on his neck for several minute as Floyd pleaded for his life and other officers watched on.

Amid widespread violent protests ongoing across the U.S., the world, too, is calling out against racial injustice and heavy-handed police tactics.

Watch: Clashes between police and protesters

In Europe, French protesters took a knee and raised their fists while firefighters struggled to extinguish multiple blazes as a largely peaceful, multiracial demonstration degenerated into scattered tensions. Police said at least 20,000 people joined the demonstration, defying a virus-related ban on protests to pay homage to Floyd and Adama Traore, a black French man who died in police custody.

Over in Amsterdam, London, Vancouver, Rio de Janeiro, and Sydney, protesters chanted "I can't breathe," marched peacefully, and expressed their anger in multiple languages in street demonstrations and on social media. 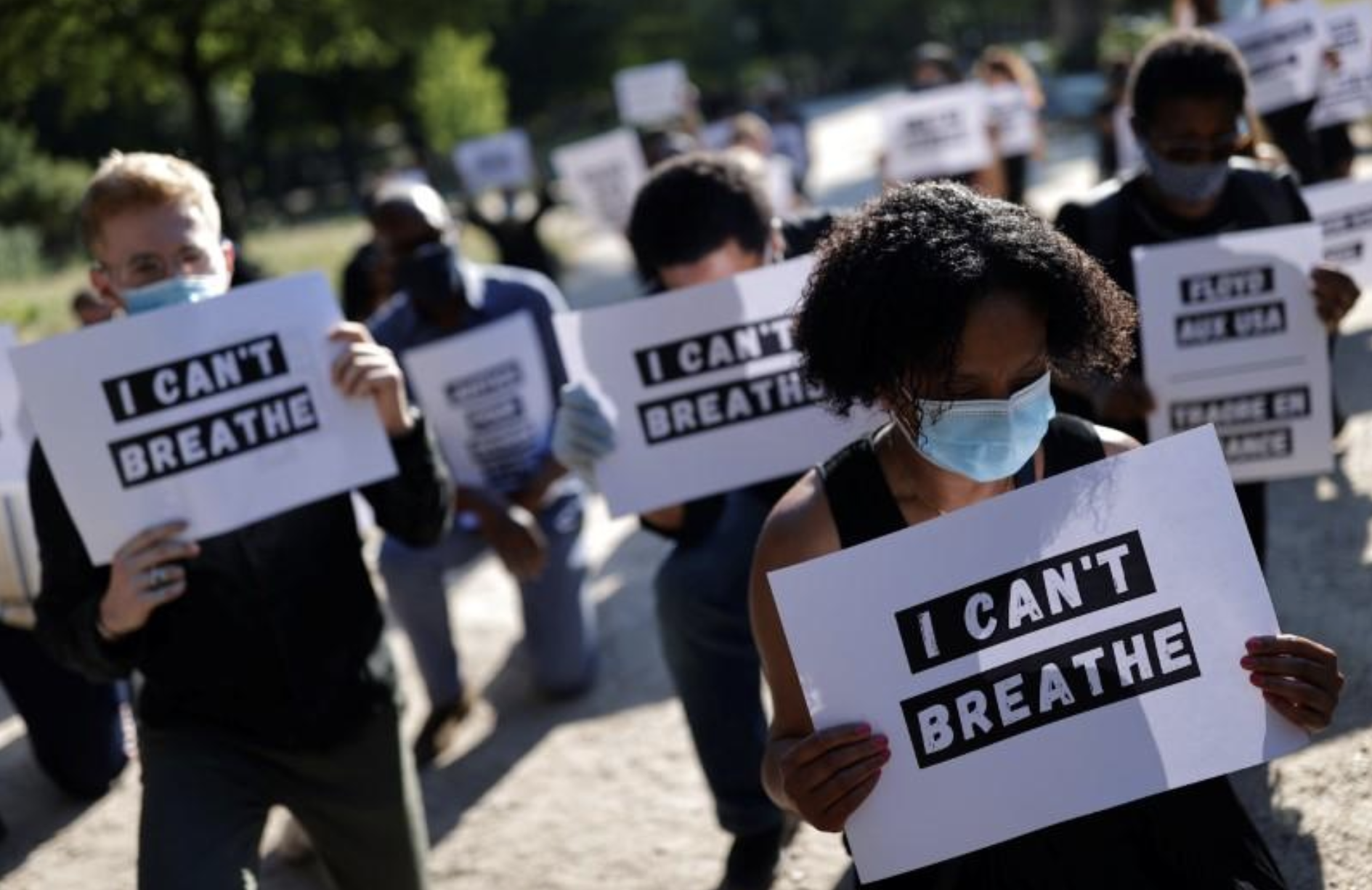 People protest against the death of George Floyd, next to the U.S. embassy in Paris, France, June 1, 2020. /Reuters

People protest against the death of George Floyd, next to the U.S. embassy in Paris, France, June 1, 2020. /Reuters

Diplomatic ire percolated too, with the European Union's top foreign policy official saying the bloc was "shocked and appalled" by Floyd's death.

More African leaders are speaking up.

"The AU Commission firmly reaffirms and reiterates its rejection of the continuing discriminatory practices against Black citizens of the United States of America," said the African Union Commission Chairperson Moussa Faki Mahamat on Friday in a statement.

Ghana President Nana Akufo-Addo also weighed in, condemning the "murder" on his Facebook page: "It cannot be right that, in the 21st century, the United States, this great bastion of democracy, continues to grapple with the problem of systemic racism."

Kenyan opposition leader and former Prime Minister Raila Odinga offered a prayer for the U.S., saying "that there be justice and freedom for all human beings who call America their country."