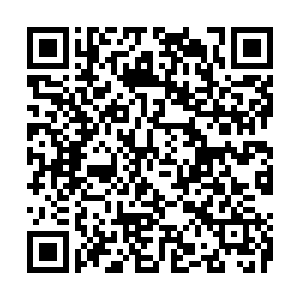 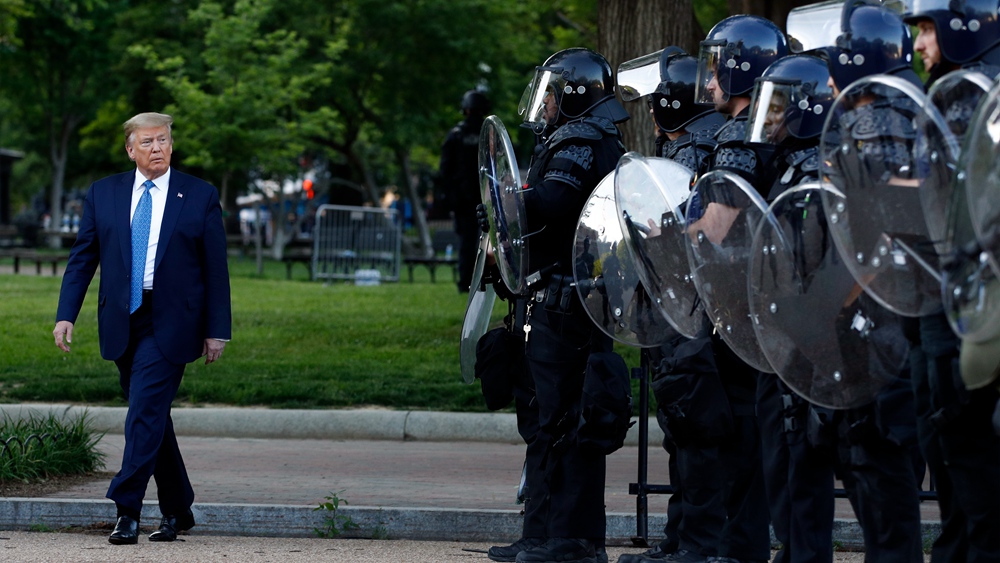 U.S. President Donald Trump walks past police in Lafayette Park after he visited outside St. John's Church across from the White House in Washington, June 1, 2020. /AP

U.S. President Donald Trump walks past police in Lafayette Park after he visited outside St. John's Church across from the White House in Washington, June 1, 2020. /AP

President Donald Trump said on Wednesday that he did not believe that he would need to use U.S. troops to counter domestic protests sparked by a police killing of an unarmed black man in Minneapolis.

"It depends, I don't think we'll have to," Trump said when asked in an interview with Newsmax TV whether he would send the military to any cities after sometimes violent protests over the killing of George Floyd.

The president had previously said that he could use military forces in states that have failed to crack down on the violent protests. 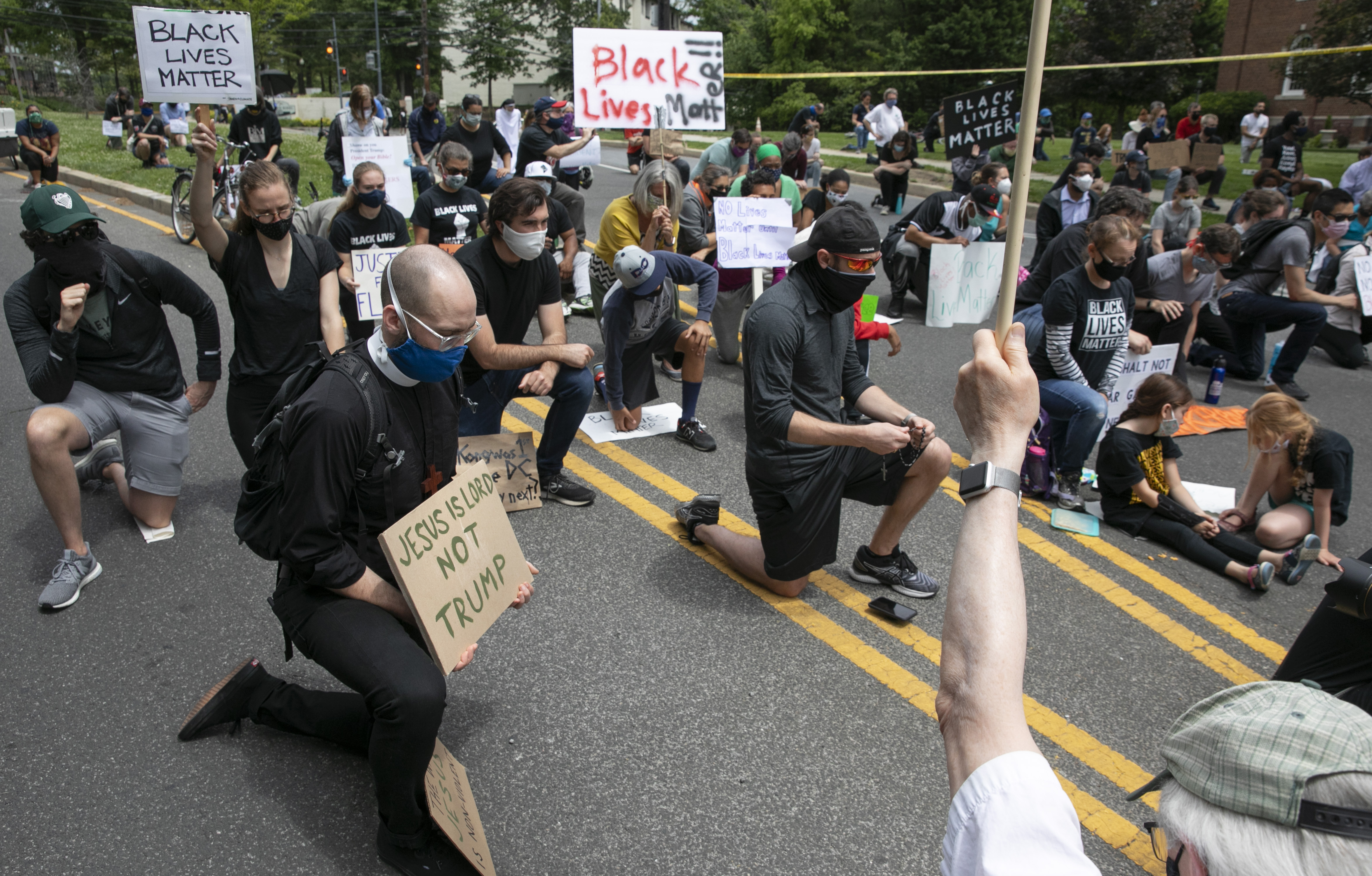 People take a knee during a protest of the visit of U.S. President Donald Trump to the Saint John Paul II National Shrine in Washington, June 2, 2020. /AP

People take a knee during a protest of the visit of U.S. President Donald Trump to the Saint John Paul II National Shrine in Washington, June 2, 2020. /AP

Trump also said on Wednesday that he did not ask for protesters to be moved out before he walked to an historic church in Washington that had been partially burned, to pose for photos with a Bible and top aides.

"They didn't use tear gas," Trump told Fox News Radio interview, contradicting reports by a large number of protesters and reporters that tear gas was deployed to move them away from the church. "Now, when I went, I didn't say 'Oh, move them out.' I didn't know who was there."

He denied media reports that he was rushed for his safety to the White House bunker while protests raged in the streets outside. "It was a false report," Trump told Fox News radio, before elaborating that he did go into the secure area but only for a "tiny, little, short period time."

Trump's bellicose response to the protests and his controversial visit to the church have sparked divisions and frustration among some White House staff.

Trump's focus on "law and order" to curb sometimes violent protests came after discussion among advisers about the best way to respond to the death of Floyd, senior administration officials said.

But the Republican president's surprise trip to the historic Saint John's Church near the White House on Monday, during which he held up a Bible for photographers and posed with staff members who all were white, drew condemnation from Democrats and some Republicans, and rattled some on his own team, one senior administration official told Reuters. 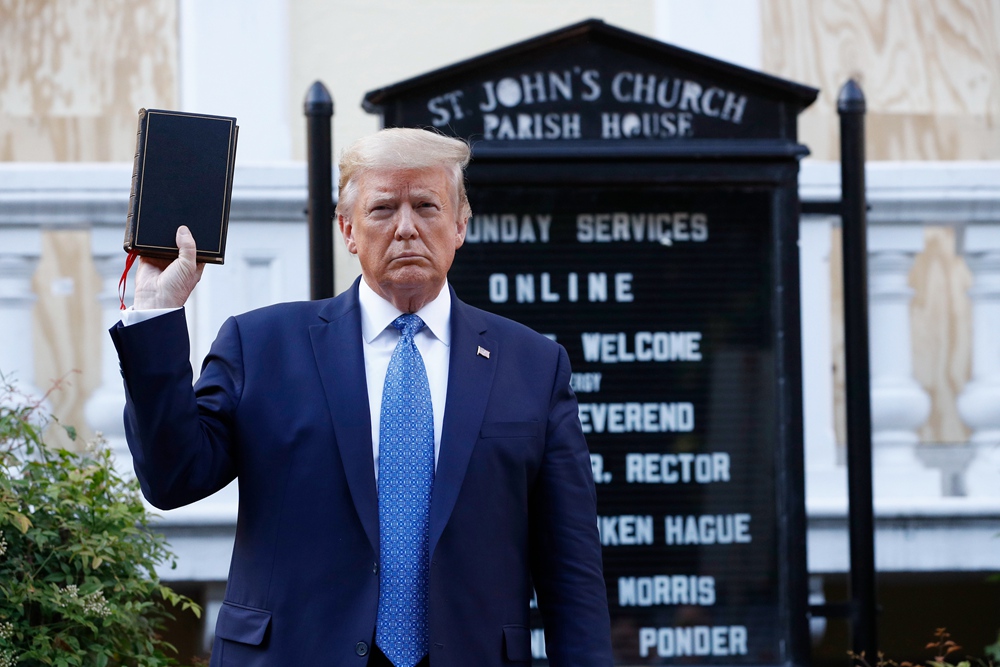 U.S. President Donald Trump holds a Bible as he visits outside St. John's Church across Lafayette Park from the White House in Washington, June 1, 2020. /AP

U.S. President Donald Trump holds a Bible as he visits outside St. John's Church across Lafayette Park from the White House in Washington, June 1, 2020. /AP

Law enforcement officials used heavy-handed tactics to clear the area of peaceful protesters before the visit, even though a Washington curfew was not yet in force.

Trump, who is running for reelection in November, has courted religious voters, especially evangelical Christians, as a key part of his political base.

He does not attend church regularly himself and did not enter the building on Monday, a part of which had been burned during demonstrations, or offer a prayer during his stop.

"There are a lot of very evangelical people walking around this White House who I know were very uncomfortable with that (visit)," the senior administration official said.

A call that Trump held with state governors, in which he described them as weak and told them to get tougher with protesters, was "insane" and went "off the rails," the official said.

"Donald Trump is the first president in my lifetime who does not try to unite the American people – does not even pretend to try," Mattis wrote in a statement posted online by The Atlantic. 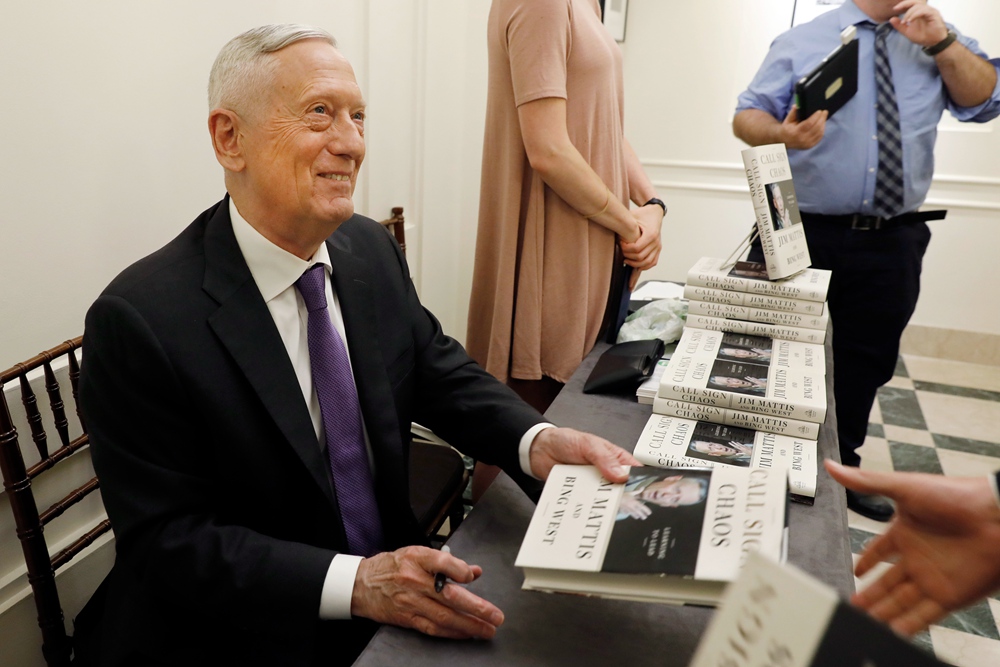 Former U.S. Secretary of Defense Jim Mattis signs copies of his book after he spoke at the Council on Foreign Relations, in New York, September 3, 2019. /AP

Former U.S. Secretary of Defense Jim Mattis signs copies of his book after he spoke at the Council on Foreign Relations, in New York, September 3, 2019. /AP

"Instead, he tries to divide us," continues the retired Marine general, who had previously argued it would be inappropriate for him to criticize a sitting president.

Mattis resigned as U.S. defense secretary in December 2018. Trump later said he had "essentially fired" Mattis and criticized his performance.

In his first video comments since Floyd's death on May 25, Trump's predecessor also urged state and local authorities to review their policies on use of force.

Obama directed his comments at young black men and women who he says have often witnessed or experienced too much violence. 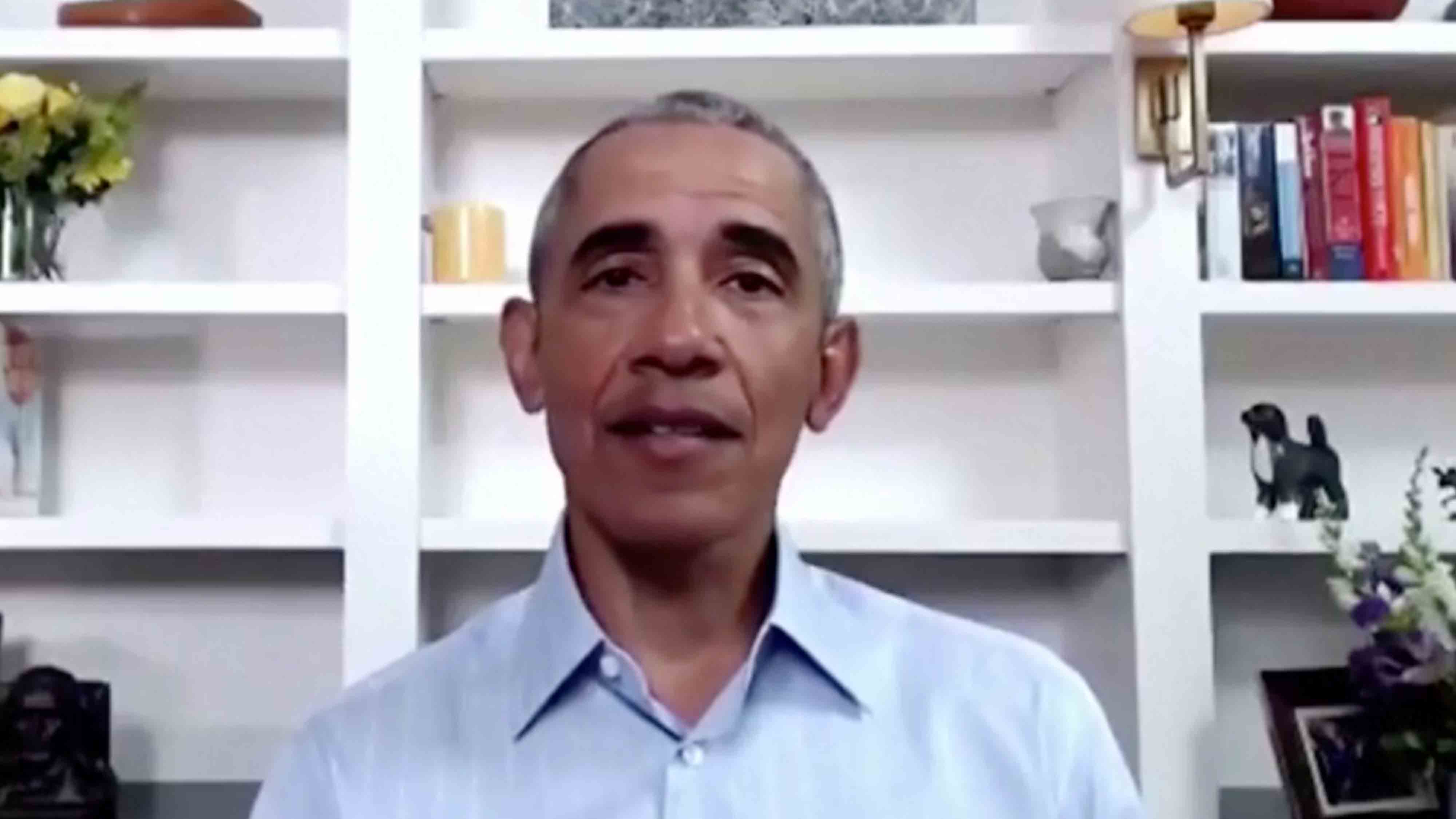 The 58-year-old, who remains popular among Democrats, noted the deadly upheaval of the 1960s civil rights movement, and said "a far more representative cross-section of America" is protesting now than as compared to half a century ago.

"There is a change in mindset that's taking place, a greater recognition that we can do better," Obama said. Young protesters in particular have been galvanized, he said, and their motivation could serve as inspiration for broader change.

"It's very important for us to take the momentum that has been created as a society, as a country, and say 'Let's use this' to finally have an impact," Obama said.

He also addressed the country's local leaders, saying "I'm urging every mayor in this country to review your use-of-force policies with members of your community and commit to report on planned reforms."