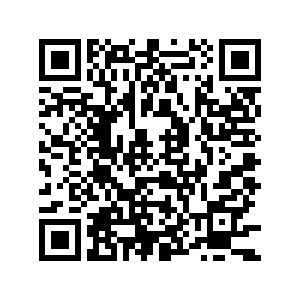 A protester holds a black book upside down to mimic President Donald Trump, who stood in front of St. John's Church last week holding a Bible upside down. /AP

A protester holds a black book upside down to mimic President Donald Trump, who stood in front of St. John's Church last week holding a Bible upside down. /AP

Editor's note: Zhu Zheng is an assistant professor specializing in constitutional law and politics at China University of Political Science and Law. The article reflects the author's opinion and not necessarily the views of CGTN.

The death of George Floyd has plunged the U.S. into mayhem, but it may provoke some bigger constitutional crises in the days to come.

On June 3, former Secretary of Defense James Mattis broke his longtime silence, denouncing President Trump as a lawbreaker who said he was willing and able to deploy U.S. troops to quash the protests if needed. According to Mattis, Trump is trying to divide the American people, and the people can unite without Trump.

Indeed, when thousands of protesters took to the streets across the U.S., President Trump was tweeting that he is considering sending the army to clamp down on lawful protests.

Conceivably, Trump's remark has greatly anguished American politicians. More than 280 retired diplomats, generals and senior officials warned that the use of troops to end protests would put American democracy on the line.

To some incumbent officials, the president's idea is abhorrent, too. U.S. Defense Secretary Mark Esper, for example, has subtly pushed back at President Trump by urging caution in the use of military force.

In Esper's view, the military should be kept out of politics, and military force "should only be used as a matter of last resort and only in the most urgent and dire of situations," and America is "not in one of those situations now."

Neither Mattis nor Esper is stranger to American politics. They understand fully what consequence would follow for their disapproval of the president. Failing to align with Trump's decision two years ago, resulted in James Mattis' forced resignation, and Mark Esper's efforts to distance himself from Trump have put his job at risk.

On the whole, the armed forces can, on rare occasions, refuse to carry out a president's order. The framers of the U.S. Constitution feared that presidential power would become so unfettered that it might harm the national interest. They feared that an army forced to obey a president's whims might become a threat to democratic governance. As a result, in the Constitution, the armed forces are expected to act as a last check on presidential powers, if other mechanisms fail.

The drafters also feared the opposite; they worried that a charismatic general would abuse his popularity and thwart the president's initiatives. Historically this has happened. President Bill Clinton, for example, had to sign the so-called Don't Ask Don't Tell law although he hated it. According to President Clinton in 2013, his hands were very much bound by the then General Colin Powell.

To stop a commanding officer from unduly influencing the politics and guarantee that no political leader would corrupt the military, the U.S. Constitution divides military control between the president and Congress. The president would command the armed forces, and Congress would enact legislation regulating them.

A professional military was thus created by the Constitution – it considers no partisan interests but only pays allegiance to the state. And if the commanding chief is running loggerhead with the president, Congress should step in to negotiate.

Despite the delicate constitutional design, when it comes to the Trump administration, the tensions between the secretaries of defense and the president are still worrying, and it may deal a heavy blow to the system.

For the most part, Trump is exploiting his presidential might outside the rule of law for his political ends: quashing the protest as soon as possible and sending out troops if needed so that his presidential campaign would not be affected.

However, to safeguard peaceful protest rights, top military officers will most likely defy the president's command. If the situation keeps deteriorating, the military general will beg Congress to remind the president that the armed forces are not his own "toy." But will President Trump heed this reminder?

Alas, if Trump is running roughshod over the concerns of the Pentagon's top officers and those of Congress, we will be witnessing a constitutional crisis soon.