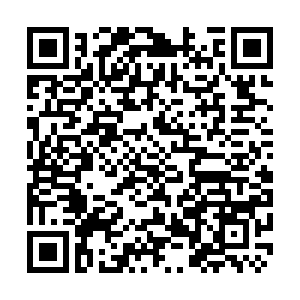 Just when Beijingers thought they could finally take a breath and get their normal lives back on track, a new spike in coronavirus cases has emerged.

For nearly 60 days, the Chinese capital, a city of over 21 million people, did not report a single local case of the deadly virus. Yet in just two days, 42 new infections were confirmed, all of which were linked to a wholesale agriculture market called Xinfadi. The market was immediately closed after the virus was detected.

What you need to know about Beijing's new COVID-19 cases

Xinfadi is not just any wholesale market in Beijing – it is the market. It has the highest sales volume of any wholesale agricultural market in Asia, based on the introduction on Xinfadi's official website.

Its closure could disrupt the food supply chain in the city, potentially leading to shortages in the capital and beyond.

With a size of 1,120,000 square meters (roughly equivalent to 157 soccer fields or 251 American football fields), Xinfadi market makes up about 80 percent of Beijing's entire farm produce supply. Every day, 18,000 tons of vegetables and 20,000 tons of fruits are traded here. 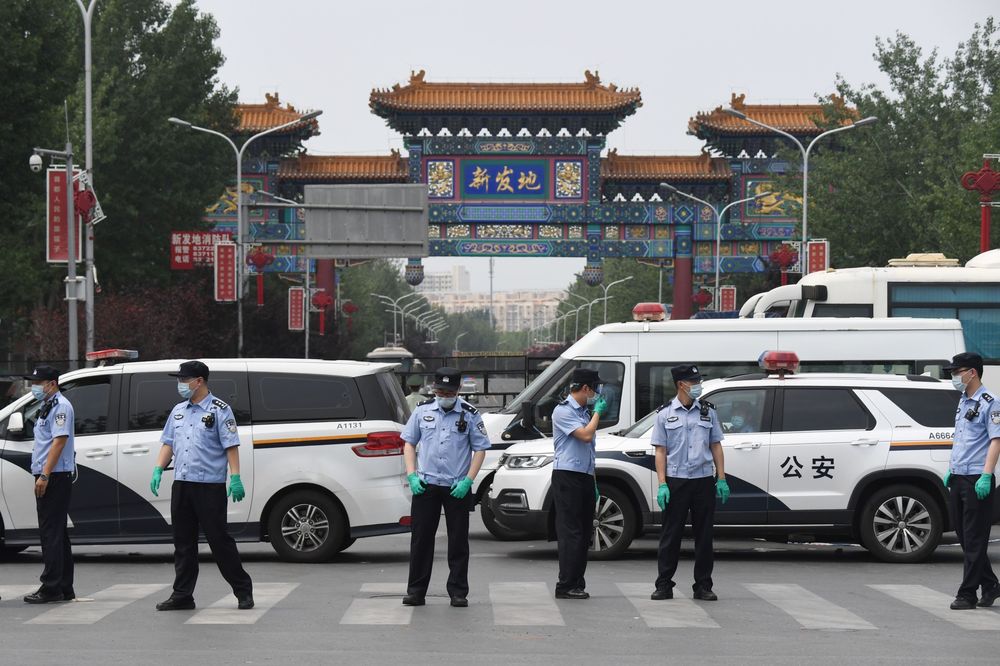 At the scene, Wang stressed that the supply of daily necessities including rice, meat and vegetables must meet the demand of Beijing locals.

Seventeen years on, Xinfadi has led the country in sales volume of agricultural products. In 2019, its total sales volume hit 131.9 billion yuan (18.62 billion U.S. dollars), and thousands of people visit on a daily basis.

Experts suggest the number of people coming to the market from all parts of the country could be behind the new cluster of infections. "People who are running back and forth in Xinfadi market could be the sources," said Wu Zunyou, chief epidemiologist at the Chinese Center for Disease Control and Prevention, during an interview with CMG.

"Another possibility is seafood and other meat products imported from other countries or places brought the virus into the market," he added.  "(The produce) could have been contaminated by the coronavirus before they arrived at the market, infecting staff and customers."

Expert: Why is a wholesale market in Beijing linked to new coronavirus cluster?

"We were told last night that this place is closed. Now I can only sell my peaches on the street. There have been very few people buying them. So I'm going to be at a loss for sure," Liu Hong, a peach vendor from the market, told CGTN on Saturday.

"But what can you do? Life and health always come first." 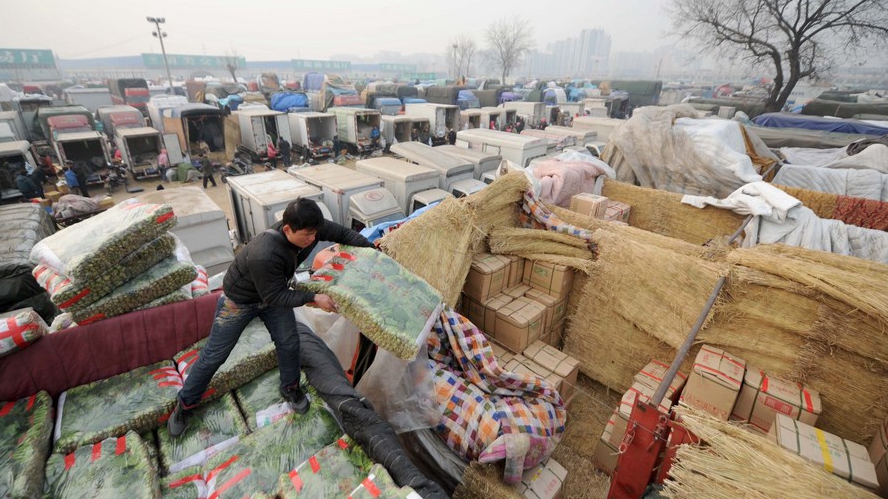 Beijing officials have moved swiftly to stop the disease from spreading further, putting the surrounding Fengtai district on a "wartime" footing while reimposing restrictions on movement, schools, tourism and entertainment events across the city.

According to an official statement from Friday's high-level meeting, Beijing is now conducting COVID-19 tests on more than 10,000 people connected to the market. Tests have also been taken on produce at the market and even the external environment.

"We've collected a total of 5,424 test samples from seafood, meat and the external environment," said Pang Xinghuo, deputy director of Beijing Center for Disease Control and Prevention, on Saturday. A day later, samples and tests were taken at five nearby grocery stores and restaurants. The results, as per officials with the District Administration for Market Regulation, were all negative.

Five temporary grocery markets were set up to ensure food supply amid concerns about shortages, with some customers identifying small price rises.

As of Sunday, the source of the new cluster remains unknown, although the head of the market has confirmed that coronavirus was detected on chopping boards used to handle imported salmon.

Major supermarkets and restaurants across Beijing removed all salmon from their shelves overnight as a precaution, though experts said there was no conclusive evidence that salmon or the board was a source of the infections. 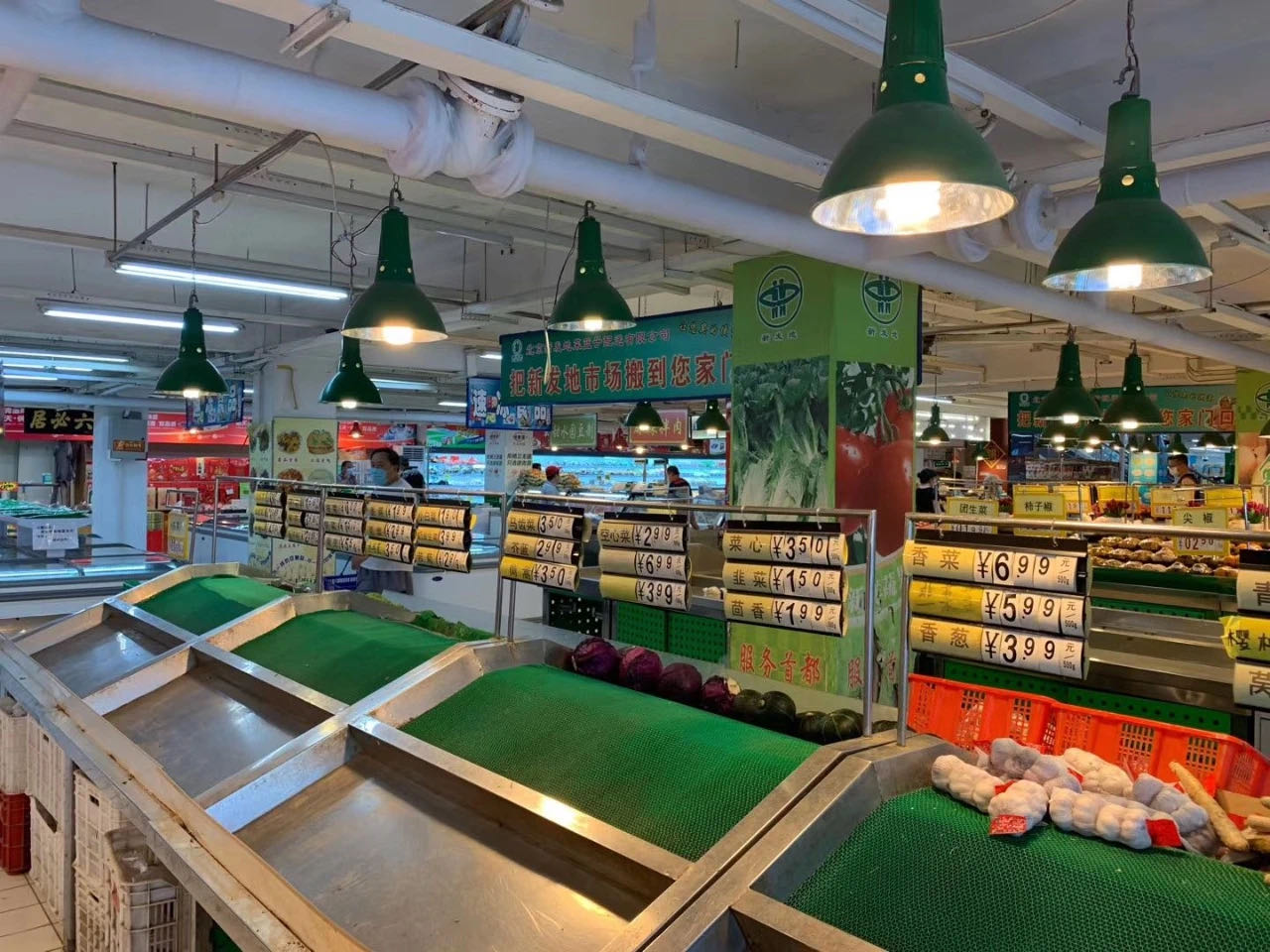 "A virus must rely on the viral receptor on the host cell surfaces to infect cells. Without the certain receptor they cannot enter into cells successfully," Cheng Gong, virologist at Tsinghua University, told Global Times. "All known evidence so far suggest this kind of receptors exist only in mammals, not fish."

Is salmon guilty of spreading coronavirus?

In another interview with Global Times, Yang Zhanqiu, deputy director of the pathogen biology department at Wuhan University, agreed. "There is no possibility that the seafood itself, including salmon, can carry the novel coronavirus, as seafood is usually shipped refrigerated from overseas."

"But seafood can be contaminated by other means in the outer environment by the process of transportation or packaging."