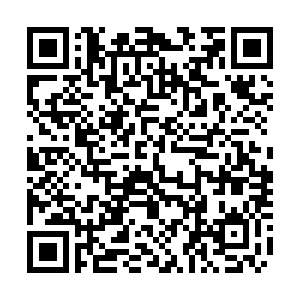 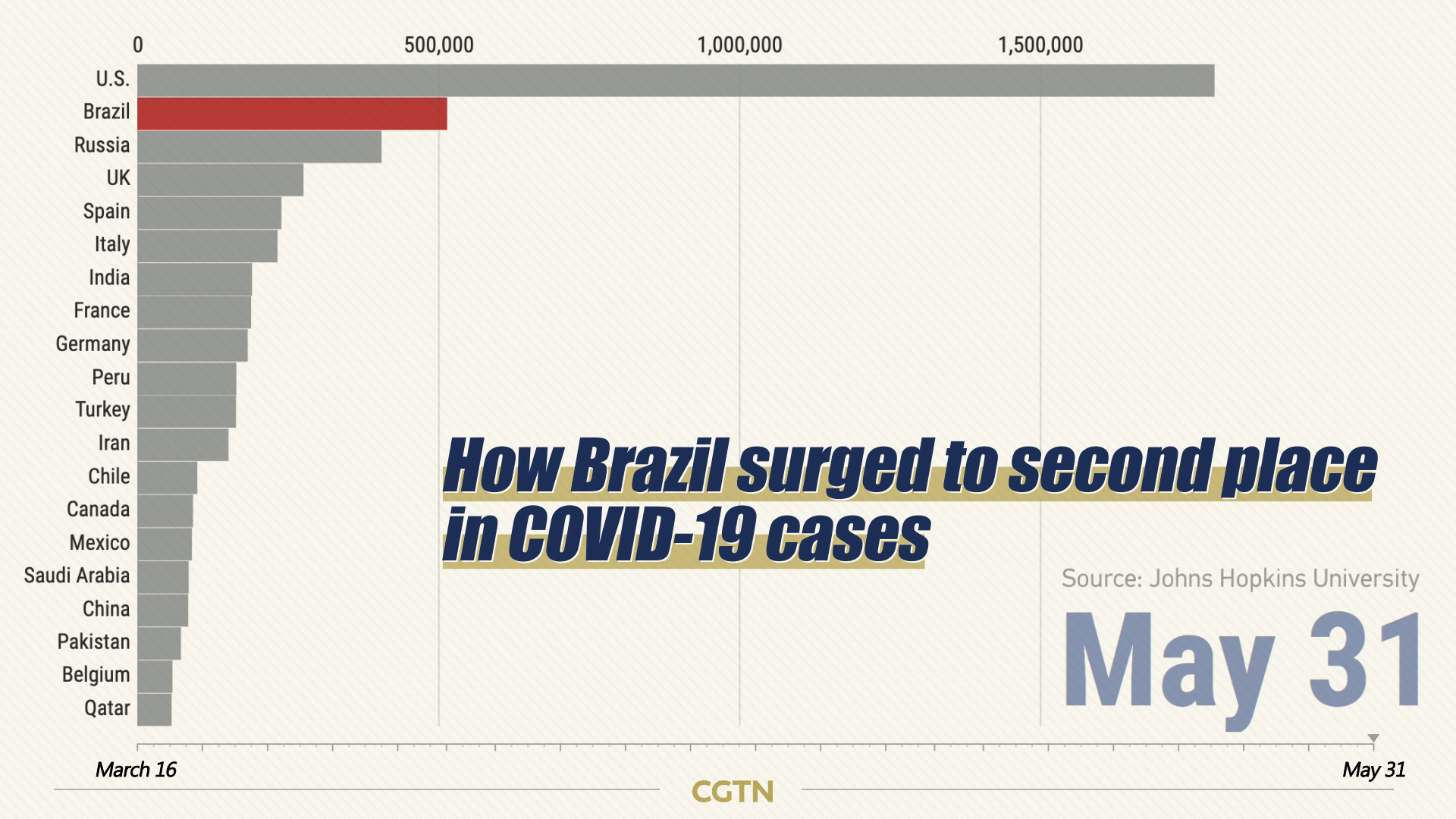 Brazil on Monday reported that its COVID-19 death toll has climbed to near 44,000 with over 888,000 people tested positive nationwide for the novel coronavirus.

The infection curves are flattening out or falling in many parts of the world but the situation remains alarming in Brazil. The country's infection rates and daily death tolls are among the highest, making it the world's second COVID-19 hotspot. Brazil has the second-highest COVID-19 caseload in the world only after the United States. Last week, its death toll overtook Britain's as the second highest as well.

Latin America's biggest economy is the latest epicenter in the world's battle against the novel coronavirus. 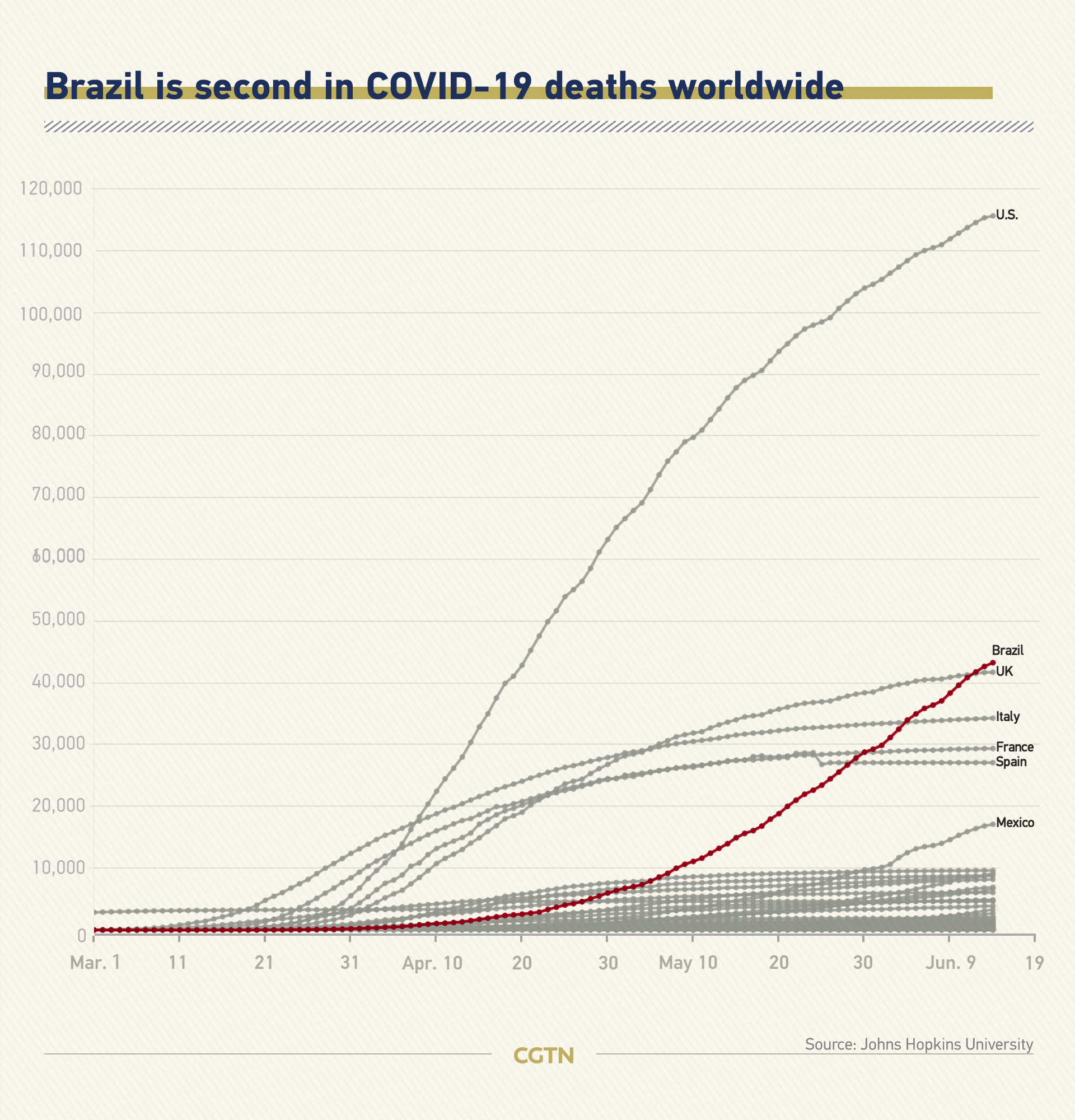 However, according to health experts, the pandemic's true impact is likely far greater than the data show because of a lack of widespread testing.

Despite the surging epidemic, many Brazilian states and cities have begun easing quarantine restrictions and reopening businesses amid growing public fatigue and repeated demands from President Jair Bolsonaro to get the economy going.

Vice President Hamilton Mourao said on Monday that Brazil's economy will likely contract between five and six percent this year due to the outbreak, according to Reuters.

Last week, shoppers lined up for hours and crowded into malls as they reopened in the country's two largest cities, Sao Paulo and Rio de Janeiro. 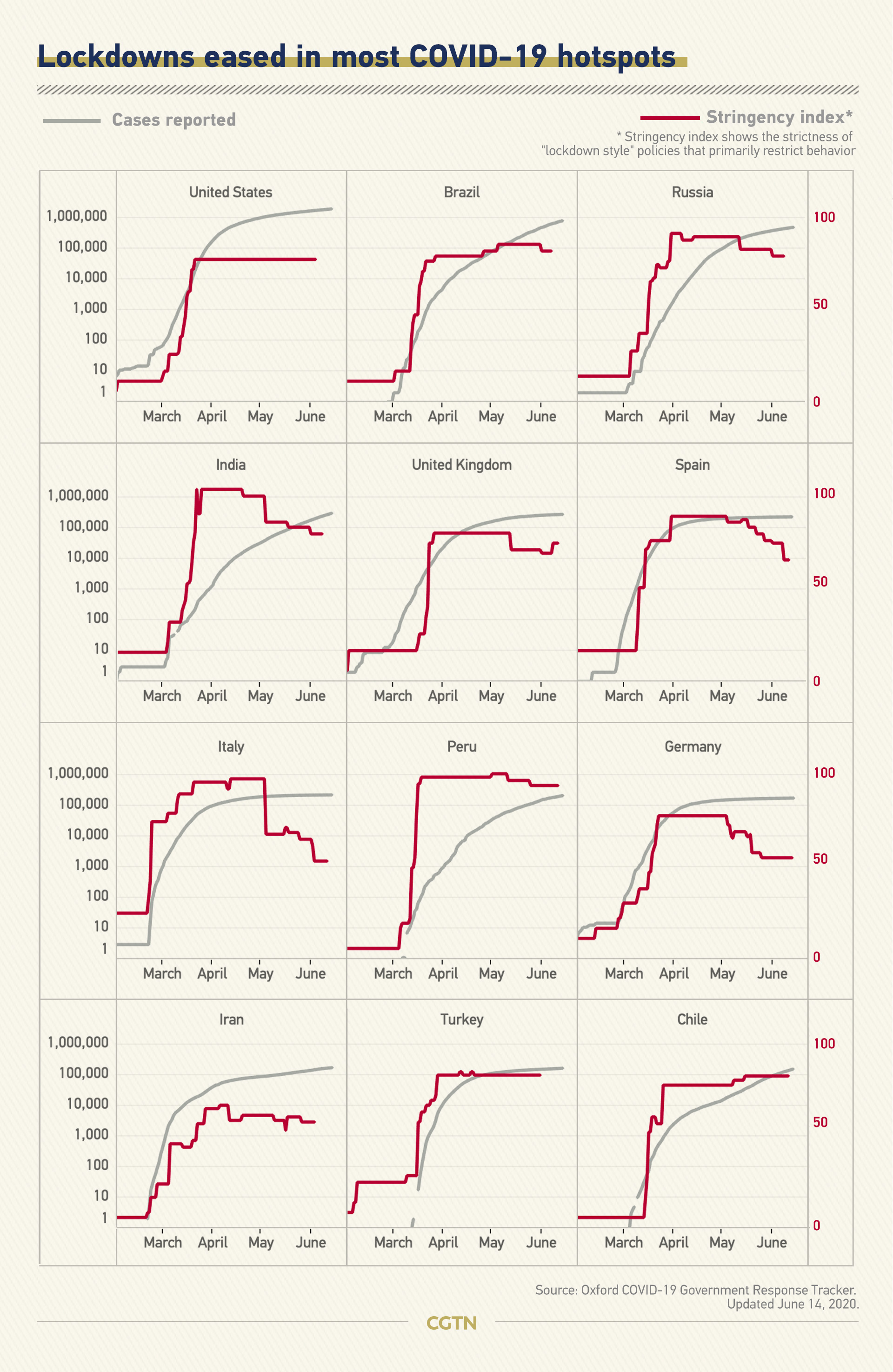 Brazilian President Jair Bolsonaro, who threatened to quit the World Health Organization (WHO) recently over "ideological bias," has dismissed the virus as a "little flu," and berated state officials for imposing lockdowns.

In mid-April, Bolsonaro fired Health Minister Luiz Henrique Mandetta over disagreements about social distancing guidelines. Then the health minister's successor, Nelson Teich, quit after less than a month on the job, citing similar reasons to his predecessor.

The lack of a coordinated government response is the major factor behind Brazil's rising fatalities, according to experts. 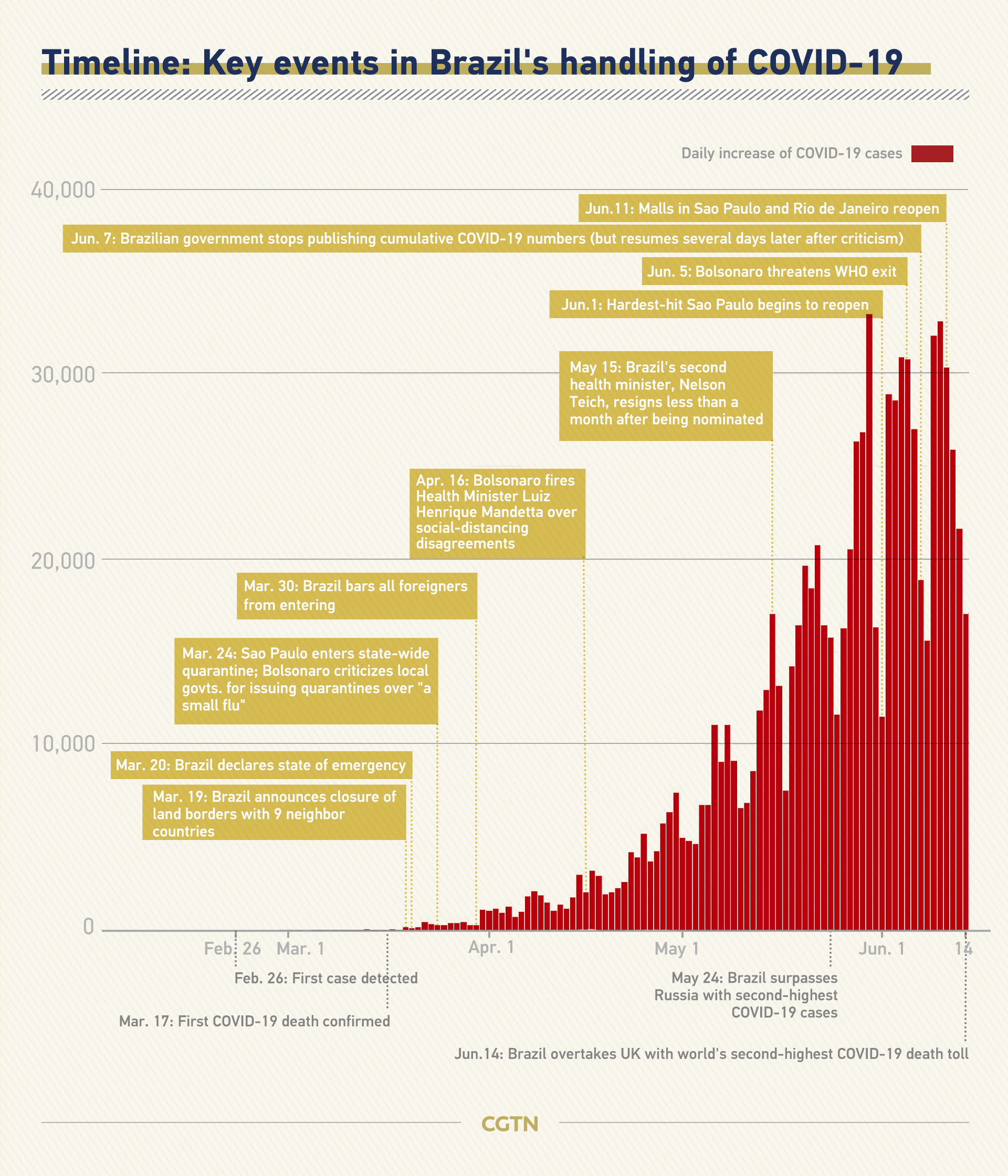 Brazil reported its first COVID-19 case at the end of February. But it failed to take tough containment measures to track and trace the patients at the early stage.

It was not until mid-March when community transmission occurred in Sao Paulo and Rio de Janeiro that governments at all levels began to pay attention – though at that time the authorities still hesitated to close businesses.

"Some areas are at a critical stage" in Brazil with intensive care unit occupancy levels of more than 90 percent, WHO emergencies director Mike Ryan said earlier.

The virus also seems to have spread to poor communities. In Sao Paulo, patients who live in poorer areas are ten times more likely to die than those in wealthy areas, recent data released by the city's health department show.

The Brazilian tragedy: How and why Brazil became new COVID-19 epicenter

It is predicted that COVID-19 infections in Brazil will reach one million in a week.