DPRK to deploy troops near border, ROK vows it will 'pay the price'
CGTN 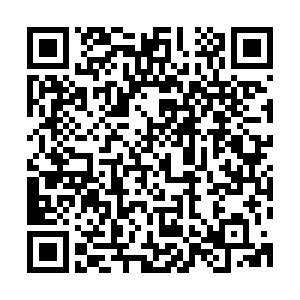 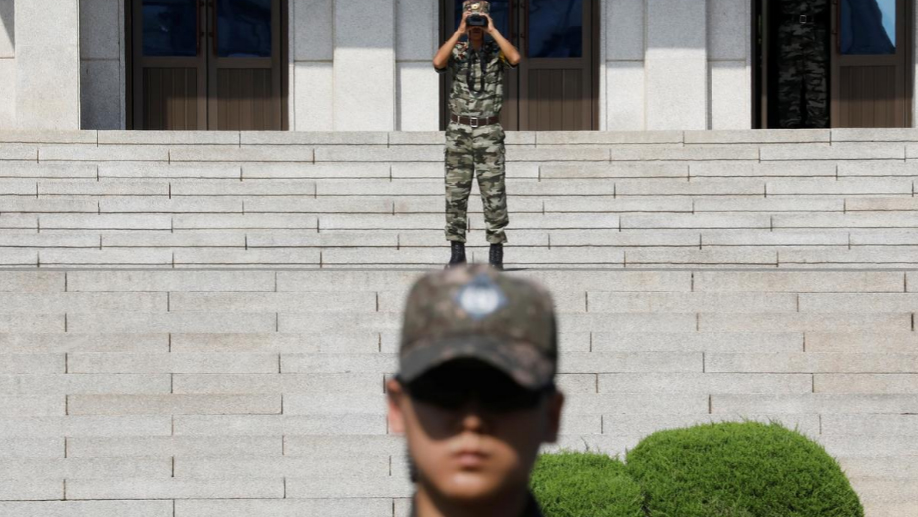 Immediately after Pyongyang's announcement that it will redeploy soldiers to the previously demilitarized areas near its border with Seoul, Defense Ministry of the Republic of Korea (ROK) expressed deep concern, threatening that the neighbor would "pay the price" if the military plan comes into action.

These moves will thwart two decades of joint efforts and outcomes by the ROK and the Democratic People's Republic of Korea (DPRK) to develop inter-Korean relations and keep peace on the Korean Peninsula, the ministry said.

DPRK blows up inter-Korean liaison office near border with ROK

According to Pyongyang's official KCNA, the DPRK army was making a clearer stand on more detailed military action plans outlined Tuesday to provide military guarantee for the measures taken by the party and the government. In addition, Pyongyang also rejected ROK's offer to send special envoys to potentially ease escalating tensions.

"The solution to the present crisis between the North and the South caused by the incompetence and irresponsibility of the South Korean authorities is impossible and it can be terminated only when proper price is paid," reported by KCNA.

"We have no idea to sit together with the authorities of the south side who evoke only disgust and nasty feelings," Jang Kum Chol, director of the United Front Department of the Central Committee of the Workers' Party of Korea, said in a statement carried by the official Korean Central News Agency (KCNA).

"That's why we began removing means for contact between the north (DPRK) and the south (ROK)," he said.

Under the detailed military action plans – to be approved by the Central Military Commission of the Workers' Party of Korea (WPK) – units of the regiment level and necessary firepower sub-units will be deployed in the Mount Kumgang tourist area and the Kaesong Industrial Zone, both located in areas bordering the ROK. 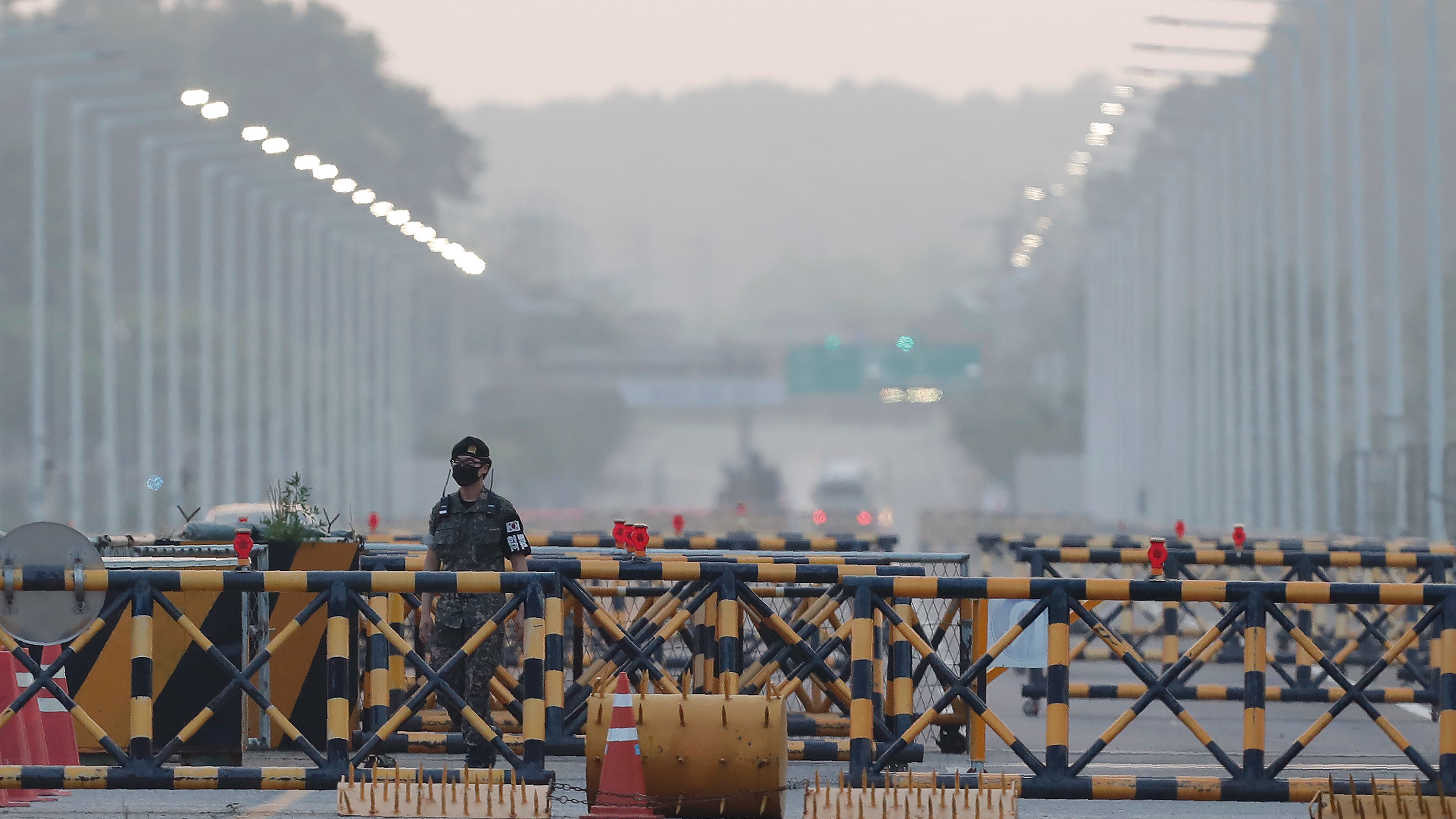 Based on the KCNA report, which quoted an unnamed spokesman for General Staff of the Korean People's Army, civil police posts that had been withdrawn from the demilitarized zone under the inter-Korea agreement in the military field, signed in 2018, will be set up again to strengthen guard over the front line.

The artillery units deployed on the whole front line will also reinforce those on combat duty and will resume all kinds of regular military exercises in the areas close to the boundary.

ROK hits back, DPRK 'will pay the price'

If the DPRK actually puts the plans into practice, it will pay the price for sure, the ROK authorities threatened.

The ROK military has been maintaining a firm defense posture while closely monitoring the moves of the DPRK forces around the clock, adding that it will continue efforts to ensure that military tensions would not be escalated through stable management of situations, ROK's Defense Ministry pointed out.

The inter-Korean joint liaison office, which was opened in September 2018 at the DPRK's border town of Kaesong for round-the-clock communication between the two Koreas, was demolished by explosion on Tuesday. 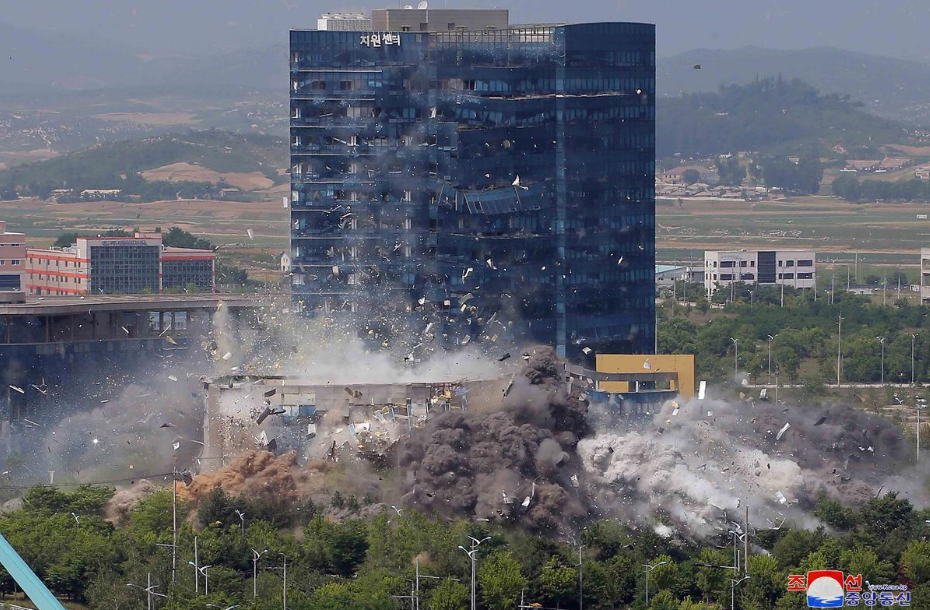 The demolition came three days after Kim Yo Jong, first vice department director of the WPK Central Committee, warned of it in protest against anti-DPRK propaganda leaflets flown across the border by South Korean civic groups, composed mostly of defectors from the DPRK.

On Tuesday, UN Secretary-General Antonio Guterres also voiced concerns regarding the current deadlock, as per official statement from his press office.

"The secretary-general is concerned by the latest developments on the Korean Peninsula," said the press office in a note to correspondents, quoting an unnamed spokesman of Guterres. "The secretary-general calls for the resumption of inter-Korean dialogue leading to peaceful solutions that benefit peace and prosperity for all."