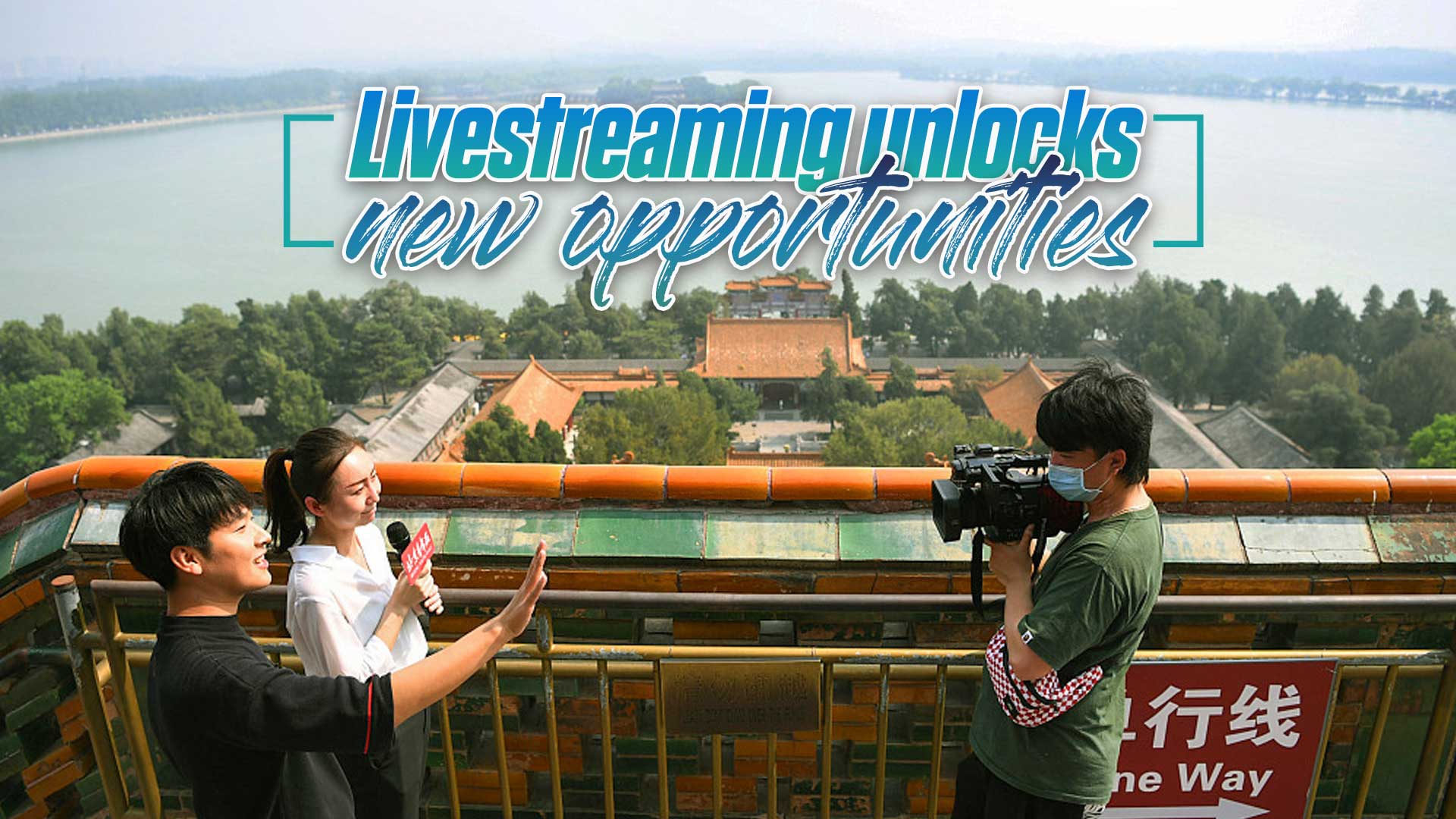 The ongoing novel coronavirus outbreak brought the global tourism industry to a months-long standstill. However, the loss of travelers doesn't mean the dead end of tourism businesses. While overseas travel and some cross-provincial trips are still off limits in China, livestreaming has added fresh vitality to the tourism sector.

In response to the unprecedented pandemic, a majority of scenic spots in the country temporarily closed from late January. When real tours were off the menu, a growing number of travel-related industries tapped into livestreaming to help them stay afloat.

Many tourist attractions and museums in China have since rolled out a variety of online tours and exhibitions for those who can't physically get there and enjoy the site themselves.

Screenshot of a livestreaming tour around the county of Wuyuan in east China's Jiangxi Province via Mafengwo, China's online travel agency.

Screenshot of a livestreaming tour around the county of Wuyuan in east China's Jiangxi Province via Mafengwo, China's online travel agency.

Haichang Ocean Park, for instance, has carried out over 60 live broadcasts since the epidemic outbreak with more than 35 million views recorded.

"We even showed viewers how the animals were doing during the epidemic. It has become a new way of communication with customers," said Zheng Fang, marketing director of the park.

Statistics from Mafengwo, one of China's leading online travel agencies, showed that the number of livestream viewers on its platform has witnessed an average daily growth rate of 101.4 percent since April.

Diversified, visualized and interactive content has proved to be the biggest draw of live tours with in-depth travel experience favored by 72.88 percent of the online users. In addition, the viewers are mostly comprised of young people. Post-90s and post-85s make up over half of the total and those born after the year of 1995 account for over 20 percent, according to Mafengwo. 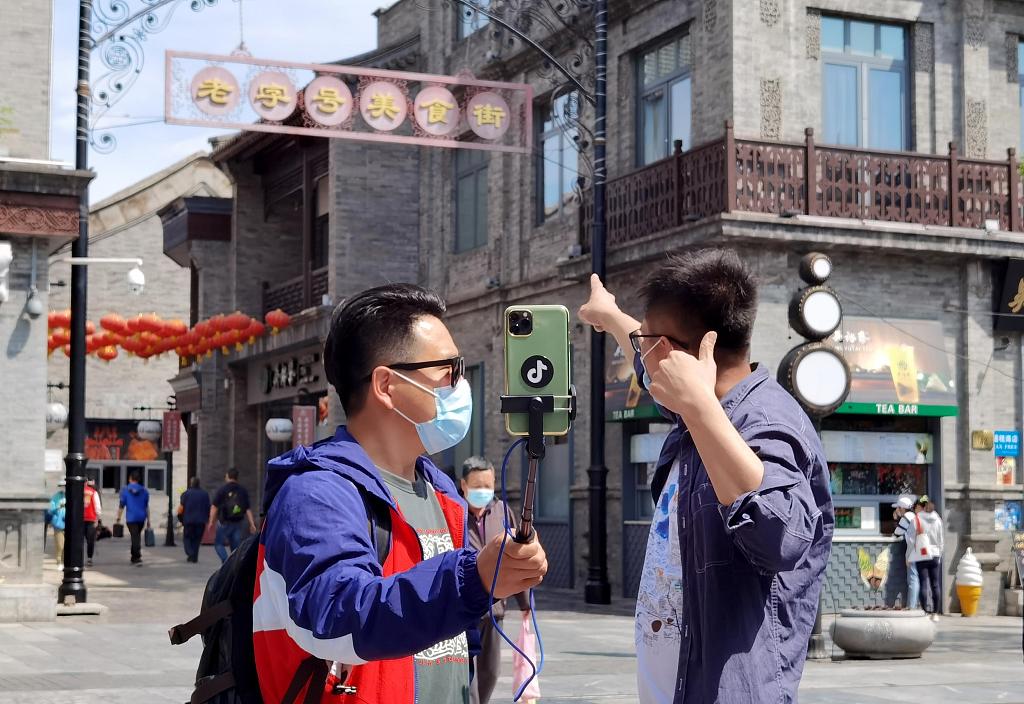 People doing live tours at the Qianmen Street, a popular pedestrian street for shopping and sightseeing in Beijing, April 25, 2020. /VCG

People doing live tours at the Qianmen Street, a popular pedestrian street for shopping and sightseeing in Beijing, April 25, 2020. /VCG

The combination of livestreaming and e-commerce has become a mainstream of online sales in China, and the trend has also worked in travel industry. Apart from showing viewers around the scenic sites, many have opted to promote local specialties as well as travel-related products to boost the economy.

Since February, Fliggy, Alibaba's online travel platform, has launched around 29,000 live broadcasts with the number of views exceeding 250 million. In addition to tourism experts and business leaders, some local tourism department officials have also got on board to help sell local farm produce.

Data from Fliggy revealed that during the "warm-up" promotion of the 6.18 (June 18) Shopping Festival, hundreds of key opinion leaders (KOLs) brought in over 70 million yuan (9.86 million U.S. dollars) in booking transactions on the platform for merchants. 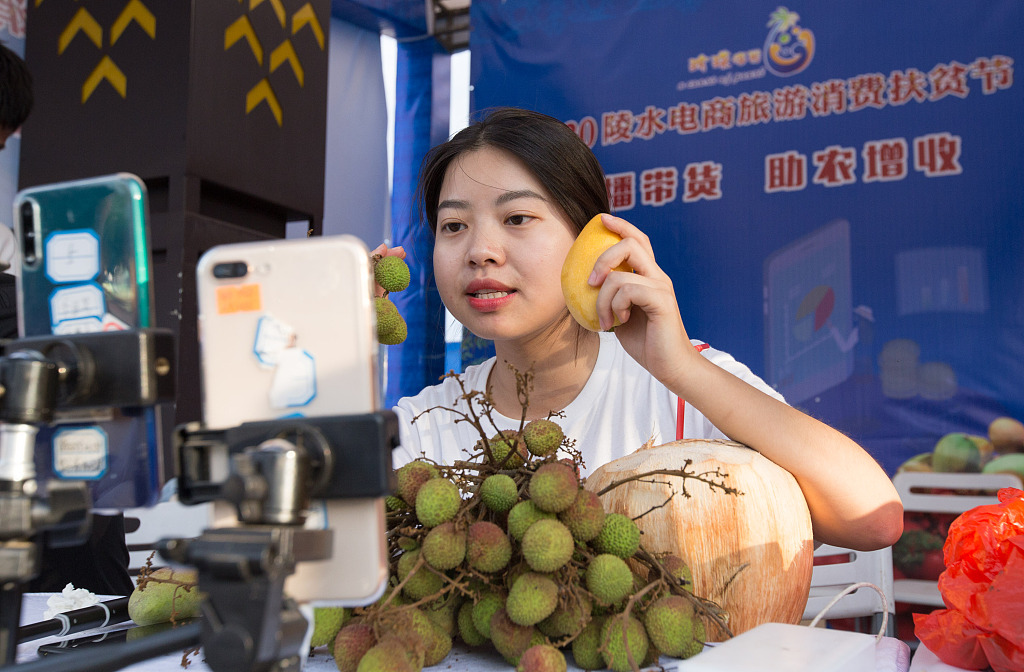 Gao Zheng, head of the industrial development department of the Ministry of Culture and Tourism, earlier applauded livestreaming events staged by travel agencies and tourist attractions, which have grown into a new marketing strategy within the industry.

Though watching live tours at home will never replace actual travel experience, it's safe to say livestreaming has definitely brought new possibilities for the industry.