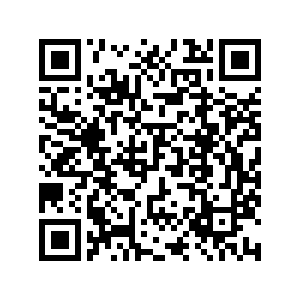 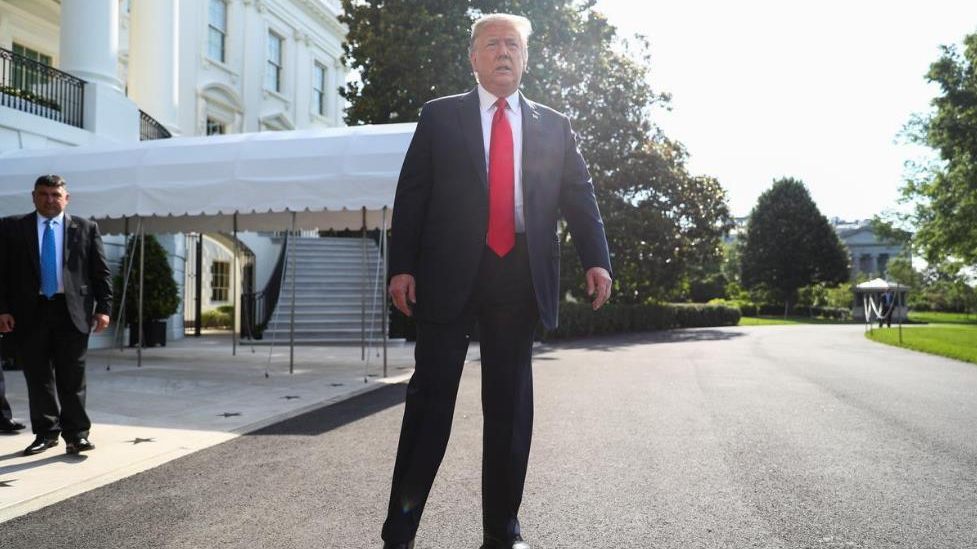 U.S. President Donald Trump stops to talk to reporters as he walks to the Marine One helicopter while heading out on a day trip to Arizona and a visit to the U.S.-Mexico border, departing from the South Lawn of the White House in Washington, DC, U.S., June 23, 2020. /Reuters

U.S. President Donald Trump stops to talk to reporters as he walks to the Marine One helicopter while heading out on a day trip to Arizona and a visit to the U.S.-Mexico border, departing from the South Lawn of the White House in Washington, DC, U.S., June 23, 2020. /Reuters

U.S. President Donald Trump has suspended the entry of some foreign workers in the country in a bid to boost domestic hiring, sparking opposition from corporate America and tech sector executives including Google's Sundar Pichai and Tesla's Elon Musk.

The visa suspension, effective June 24, will last until the end of the year and is expected to open 525,000 jobs for U.S. workers. 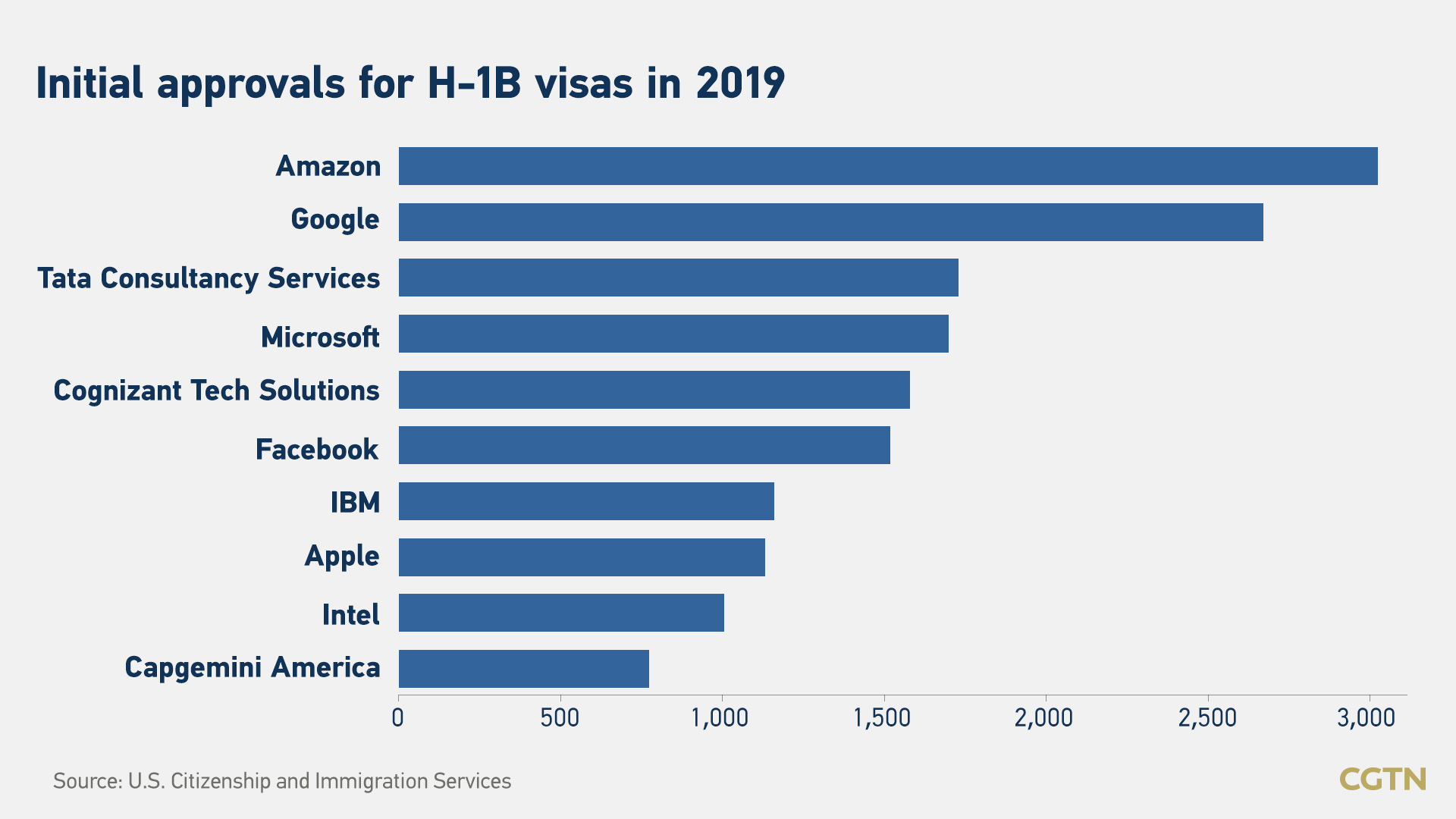 Pichai, Alphabet's chief executive officer, said in a tweet, "Immigration has contributed immensely to America's economic success, making it a global leader in tech, and also Google the company it is today. Disappointed by today's proclamation – we'll continue to stand with immigrants and work to expand opportunity for all."

Susan Wojcicki, the chief of Alphabet's YouTube, tweeted: "Immigration is central to America's story, and it's central to my own family's story. My family escaped danger and found a new home in America ... at Youtube, we join Google in standing with immigrants and working to expand opportunity for all."

Google had 2,678 H1B visa approvals in 2019, according to U.S. Citizenship and Immigration Services.

"Amazon opposes the Administration's short-sighted decision to pause high-skill visa programs. Welcoming the best & the brightest global talent is critical to America's economic recovery. We will continue to support these programs & efforts to protect the rights of immigrants," the company said.

"Like Apple, this nation of immigrants has always found strength in our diversity, and hope in the enduring promise of the American Dream. There is no new prosperity without both. Deeply disappointed by this proclamation," Chief Executive Tim Cook said in a tweet.

"This is unbelievably bad policy on every level. It will only mean more jobs move outside the U.S., and in no way makes America better or more competitive," CEO Aaron Levie tweeted.

"President Trump's latest proclamation uses the COVID-19 pandemic as justification for limiting immigration. In reality, the move to keep highly-skilled talent out of the U.S. will make our country's recovery even more difficult. America is a nation of immigrants and our economy and country benefit when we encourage talented people from around the world to live, work, and contribute here. That's more true now than ever," the company said.

"Now is not the time to cut our nation off from the world's talent or create uncertainty and anxiety. Immigrants play a vital role at our company and support our country's critical infrastructure. They are contributing to this country at a time when we need them most," president Brad Smith tweeted.

"Creating new restrictions for immigrants who seek to work in the U.S. is disappointing – and will slow our progress as a nation," CEO Dan Schulman said on LinkedIn.

"As we plan for recovery from the COVID-19 crisis let's focus on common sense & fair immigration policies. H-1B workers should be treated with respect & dignity. They generate real innovation & growth ... benefiting us all and fueling our economy. We embrace all our Ohana," CEO Marc Benioff said in a tweet.

Read more: Who will be impacted by Trump's visa freeze?

"Very much disagree with this action. In my experience, these skillsets are net job creators. Visa reform makes sense, but this is too broad," Tesla and SpaceX CEO Elon Musk tweeted.

"This proclamation undermines America's greatest economic asset: its diversity. People from all over the world come here to join our labor force, pay taxes, and contribute to our global competitiveness on the world stage," the company said.