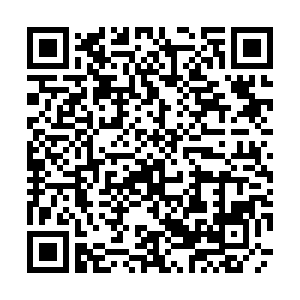 U.S. Secretary of State Mike Pompeo recently spoke at the Copenhagen Democracy Summit, asking Europe to join the U.S. in forming a global anti-China alliance. Pompeo called Beijing a "rogue actor" – repressive at home and aggressive abroad. Therefore, Europe, which shares America's democratic values, must stand up against China the way the Trump administration has.

"I've seen tyranny first hand. And I've dealt with all manner of unfree regimes in my previous role as director of the CIA and now as my current role as secretary of state of the United States of America. The choice isn't between the United States (and China), it's between freedom and tyranny," said Pompeo at the virtual Copenhagen Democracy Summit.

So it is really about the "free" versus the "unfree"?

What about May last year, Mr. Secretary, when you led the administration's effort in selling eight billion dollars' worth of weapons to Saudi Arabia, the United Arab Emirates and Jordan? In order to bypass objection of the Congress on this sale, your administration even declared a national emergency against Iran. None of those Gulf states was considered "free" by Western commentators.

Of course, China is different, "a holistic threat," according to you, and an "expansionist military power," threatening regional stability and world peace. During Pompeo's speech at the summit, he also stated: "The PLA has escalated border tensions. We see that today in India, the world's most populous democracy. We watch them as they militarize the South China Sea and illegally claim more territories there, threatening vital sea lanes."

Yes, there was a deadly clash at the China-India border. And there were disputed territories. But even India's Prime Minister Narendra Modi said after the clash that China did not enter or invade the Indian territory.

On Friday, June 19, Modi said: "Neither is anyone inside our territory nor is any of our posts captured." And on China "threatening vital sea lanes," well, numbers suggest the sea lanes have always been open for commerce. Trade between China and the ASEAN countries, which mostly go through the South China Sea, has been steadily growing.

Even estimates by conservative U.S. think-tank CSIS, which is staffed with China hawks, showed trade through the South China Sea remained stable over the years. Yes, there are competing territorial claims in the area. But what's little reported in the West was the fact that China and the ASEAN have engaged in multiple rounds of negotiations over the South China Sea Code of Conduct, with a first draft already completed and a final draft in the work.

Now, this is interesting. As Pompeo was issuing dire warnings about China undermining European democracies, he got this question from his European host. Anders Rasmussen, former Secretary General of NATO, read a question raised from the audience during the Copenhagen Summit: "Do you understand if European friends and allies see a threat to democracy generated from the U.S. due to a slow and dangerous breakdown of state institutions and democratic principles?"