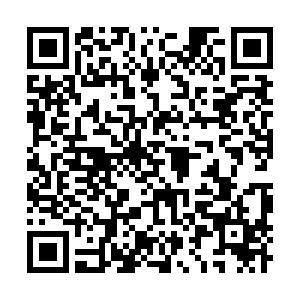 The Palestinian issue has always been at the core of the Middle East situation, and the two-state solution is the bottom line of international fairness and justice, said Chinese State Councilor and Foreign Minister Wang Yi during a UN Security Council video conference on the situation in the Middle East on Wednesday.

In the proposal, Xi reiterated China's firm support to a political settlement of the Palestinian issue on the basis of the two-state solution, and the establishment of an independent, fully sovereign Palestinian state along the 1967 borders with East Jerusalem as its capital.

We must not deviate from the international consensus, Wang stressed.

"Relevant UN resolutions, the principle of land for peace and the general direction of the two-state solution should be observed and reaffirmed," he said.

The foreign minister emphasized the importance of negotiation, saying that the issue of the West Bank should be resolved as soon as possible in accordance with relevant UN resolutions and the final boundary between Palestine and Israel should be delimited through peaceful talks.

Wang also called on the international society to make sincere efforts to advance the Middle East peace process and make contributions to the improvement of the humanitarian situation in Palestine.

The UN Secretary-General Antonio Guterres also urged Israel to abandon plans to annex settlements in the occupied West Bank and warned that this threatened prospects for peace with the Palestinians.