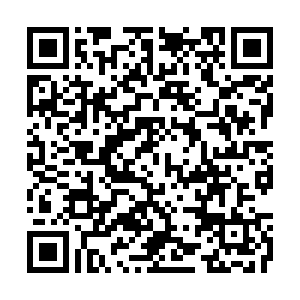 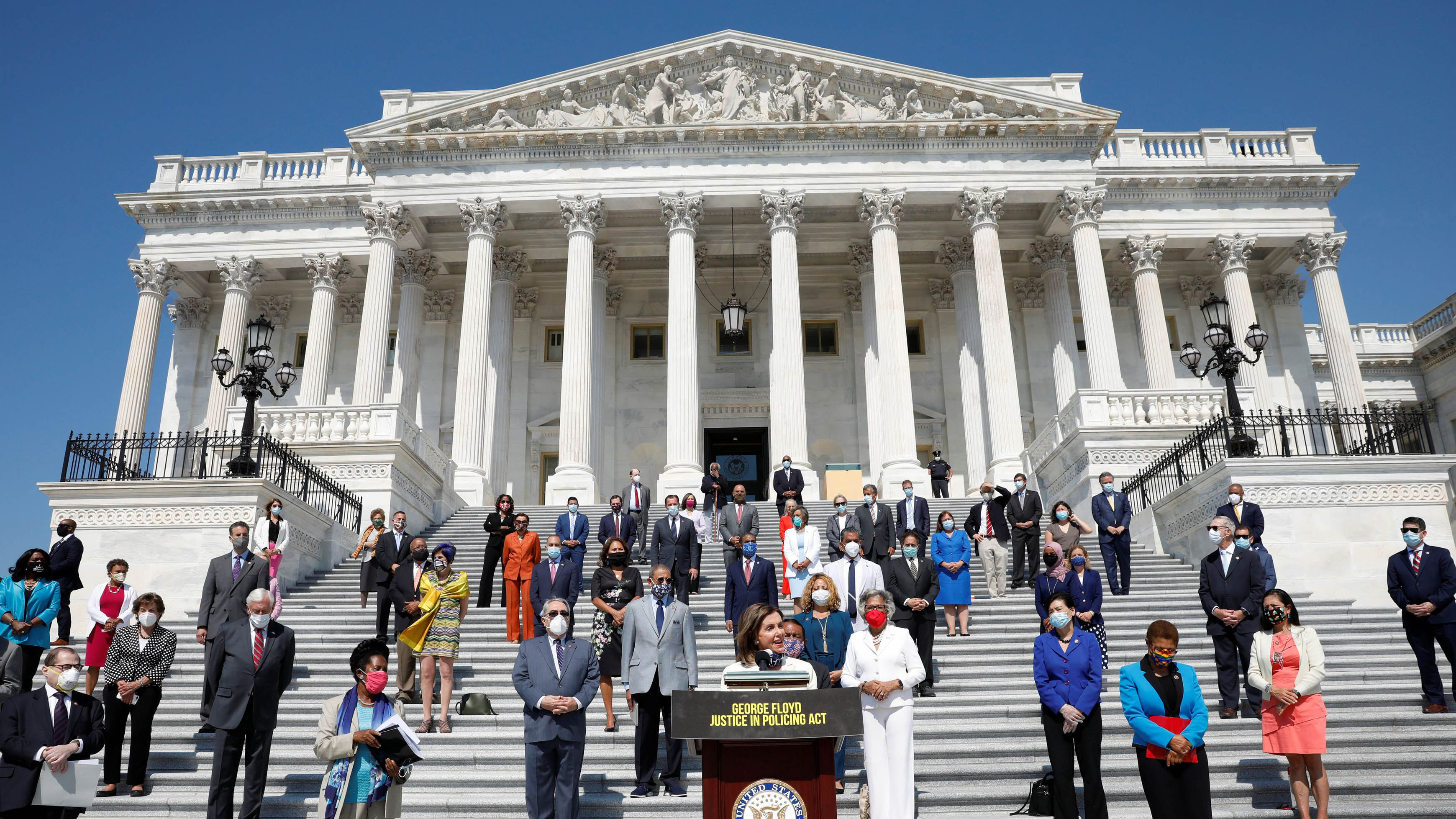 The U.S. House of Representatives approved on Thursday the Democrats-proposed policing reform bill in the wake of George Floyd's death, sending the measure to the Senate.

The House voted 236-181 roughly along party lines to adopt the legislation, one month to the day after the unarmed African American's death in Minneapolis police custody sparked weeks of worldwide protests over police brutality.

Floyd died on May 25 after being arrested by four Minneapolis officers, with one of them kneeing on Floyd's neck for almost nine minutes. All of the four officers have been fired, facing criminal charges.

Democrats and Republicans are deadlocked over how to address racial inequities in policing, despite strong public sentiment for effective reform following Floyd's death and long-standing racial discrimination in policing.

An initial tally showed three Republicans breaking ranks to join Democrats in voting for the bill.

But the bill, which mandates changes in law and policy to rein in police misconduct, is unlikely to be taken up in the Republican-led Senate, where Democrats blocked a Republican reform bill on Wednesday. It also faces a formal White House veto threat. 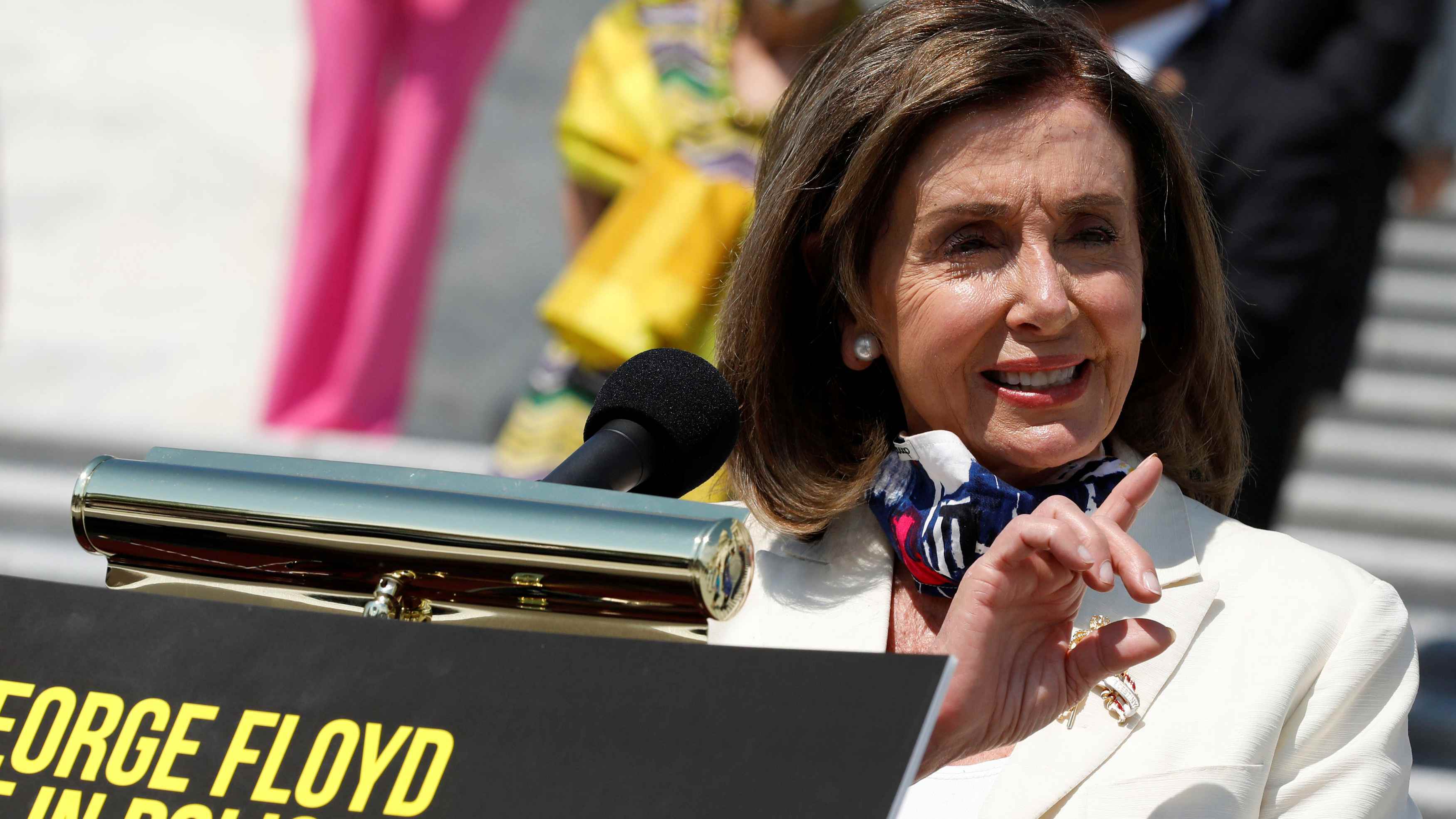 House Speaker Nancy Pelosi speaks during a press event ahead of vote on the George Floyd Justice in Policing Act of 2020 on the East Front House Steps on Capitol Hill in Washington, U.S., June 25, 2020. /Reuters

House Speaker Nancy Pelosi speaks during a press event ahead of vote on the George Floyd Justice in Policing Act of 2020 on the East Front House Steps on Capitol Hill in Washington, U.S., June 25, 2020. /Reuters

"People say, 'Well, why can't you compromise with the other side?' Well, they don't ban chokeholds. We ban chokeholds. So are we supposed to come up with a number of chokeholds we are going to agree with? No," House Speaker Nancy Pelosi said ahead of the vote.

"I don't think the street will accept no action," Pelosi told the Washington Post.

Republicans and Democrats are also at odds over a Democrats-proposed provision to allow victims of misconduct to sue for damages in civil court.

There was a ray of bipartisanship in the Senate, when the chamber unexpectedly passed a measure to establish a commission to study the status of Black men and boys in America, a provision of the Republican bill by Senator Tim Scott. 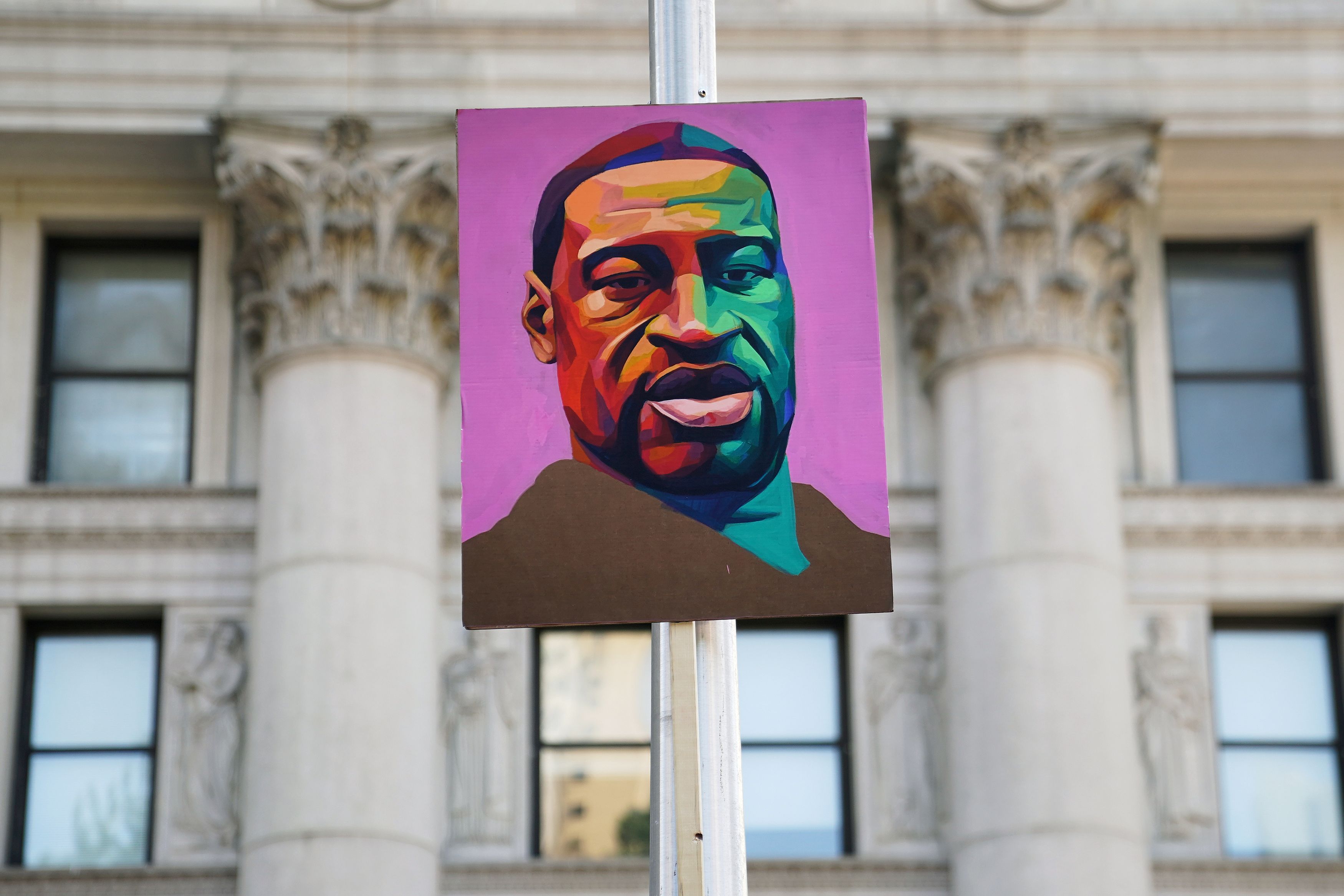 An image of George Floyd is hung above when people are protesting in a BLM demonstration to defund police, in what they are calling the "City Hall Autonomous Zone" in the Manhattan borough of New York City, New York, U.S., June 25, 2020. /Reuters

An image of George Floyd is hung above when people are protesting in a BLM demonstration to defund police, in what they are calling the "City Hall Autonomous Zone" in the Manhattan borough of New York City, New York, U.S., June 25, 2020. /Reuters

Floyd was among a growing number of unarmed African-Americans to die in police custody.

Seven unarmed Black people have been shot and killed by police so far in 2020, compared with 14 in 2019, according to a database maintained by the Post. Those killings do not include people who died by other means, as Floyd did. And experts say there is a pervasive lack of data.

'Pure race politics at its worst'

Representative Karen Bass, chairwoman of the Congressional Black Caucus, which represents over 50 Black lawmakers, said the Democrats' bill would help prevent killings by ushering in bold, transformative changes nearly half a century after Black legislators began pushing for police reforms in the early 1970s.

But Scott, the Senate's only Black Republican and author of the chamber's failed police reform bill, accused Democrats of rejecting Republican input on the House bill to deny Trump and his Republican allies a victory on an issue vital to Black America ahead of the November election.

"This is pure race politics at its worst," Scott said on Fox News, warning that congressional inaction will leave Black Americans vulnerable to further police violence. "There will be blood on the Democrats' hands," he said.

Scott later told reporters that momentum toward compromise was "dissipating as we speak."

Democrats denounce Scott's bill as too ineffective to protect Black Americans because of its reliance on financial incentives and data collection.

The Democratic and Republican bills address similar topics: chokeholds, no-knock warrants, police body cameras, use of deadly force and training to de-escalate confrontations with suspects and to encourage officer intervention against illegal conduct as it occurs.

Republicans oppose the Democratic bill because of mandates they say could undermine law enforcement.