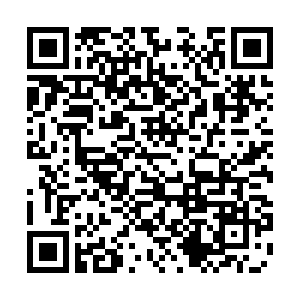 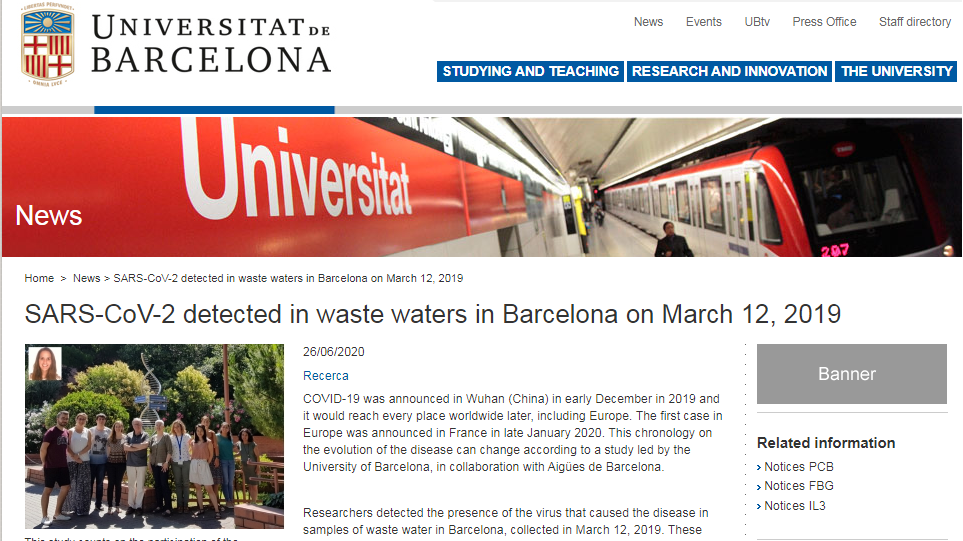 Spanish virologists have found traces of the novel coronavirus in a sample of Barcelona waste water collected in March 2019, nine months before the COVID-19 disease was identified in China, the University of Barcelona said on Friday (Jun 26).

The discovery of virus genome presence so early in Spain, if confirmed, would imply the disease may have appeared much earlier than the scientific community thought.

The University of Barcelona team, who had been testing waste water since mid-April this year to identify potential new outbreaks, decided to also run tests on older samples.

They first found the virus was present in Barcelona on January 15, 2020, 41 days before the first case was officially reported there.

Then they ran tests on samples taken between January 2018 and December 2019 and found the presence of the virus genome in one of them, collected on March 12, 2019.

"The levels of SARS-CoV-2 were low but were positive," research leader Albert Bosch was quoted as saying by the university.

The research has been submitted for a peer review.

Meanwhile, Ben Norton, a journalist from The Grayzone, an independent news website dedicated to original investigative journalism, wrote on his Twitter account saying the result is "more evidence suggesting the coronavirus did not originate in China." 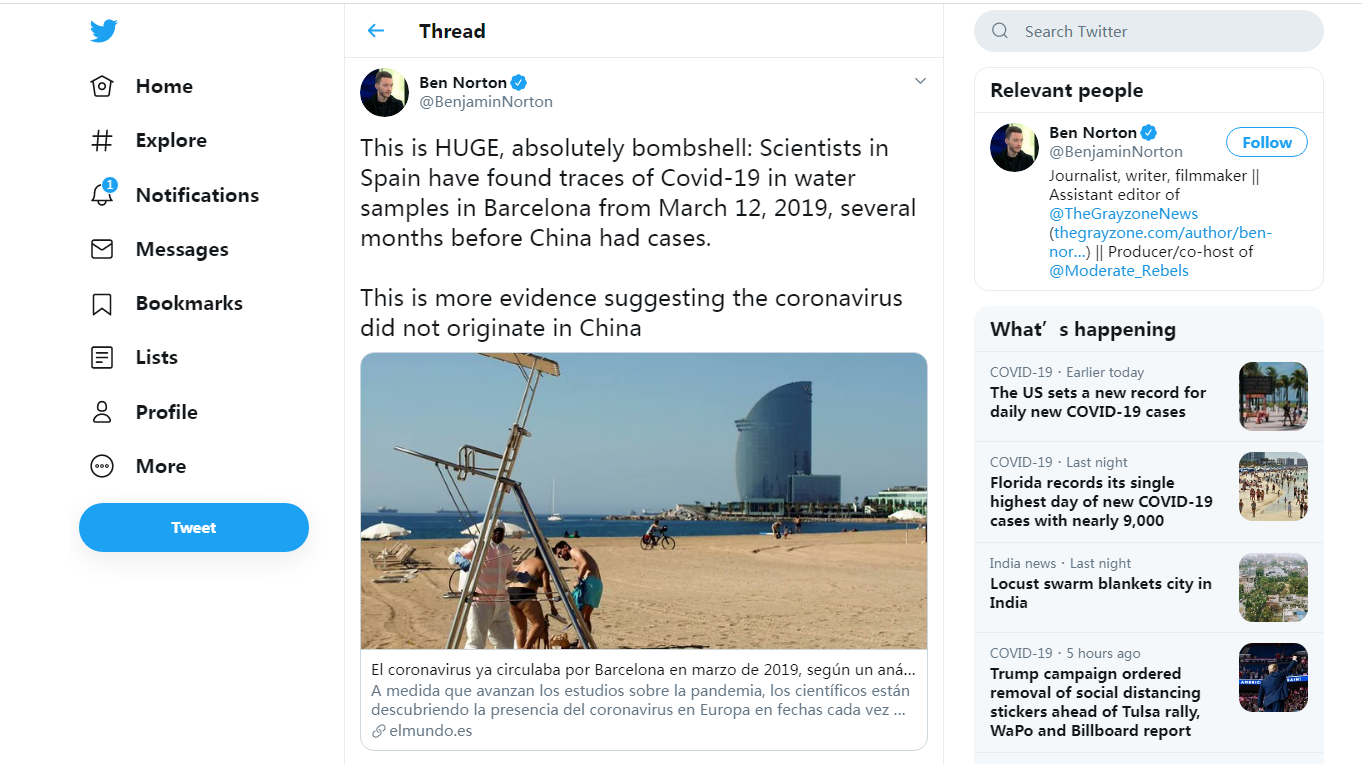 "When it's just one result, you always want more data, more studies, more samples to confirm it and rule out a laboratory error or a methodological problem," he said.

There was the potential for a false positive due to the virus' similarities with other respiratory infections.

In addition, Professor Jin Dongyan, a molecular virologist from the Li Ka Shing Faculty of Medicine at the University of Hong Kong, also told the DeepTech Company that Spain's study only tested the highly conserved region of the coronavirus, there might be other coronaviruses in the samples. Only when the gene sequence of the coronavirus in the tested samples is published, can comparative analysis be carried out.

"But it's definitely interesting, it's suggestive," Villalbi said.

Bosch, who is president of the Spanish Society of Virologists, said that an early detection even in January could have improved the response to the pandemic. Instead, patients were probably misdiagnosed with common flu, contributing to community transmission before measures were taken. 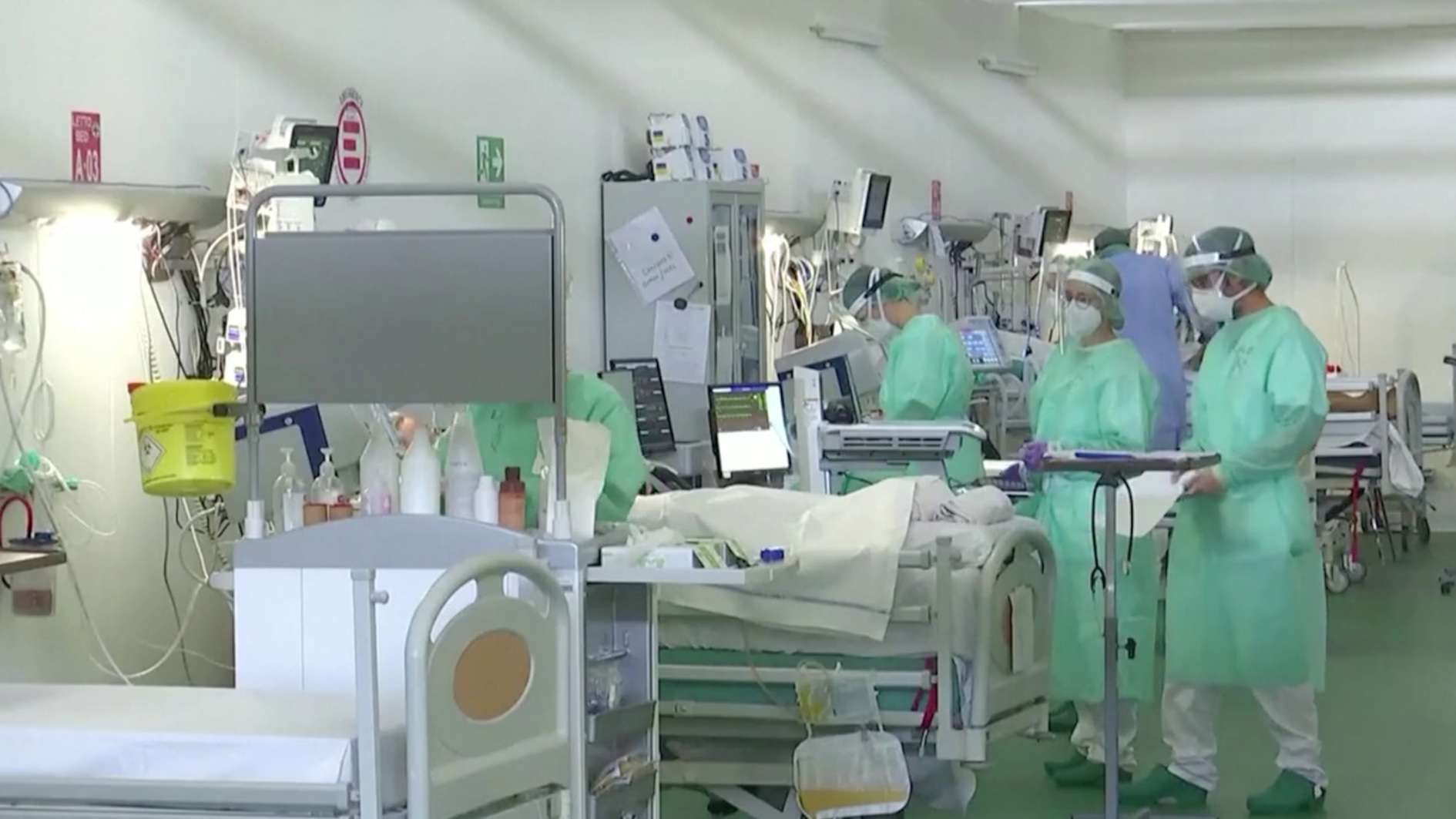 Genetic material of the novel coronavirus has also been detected in the samples collected from Milan and Turin sewage last December, according to an announcement released by an Italian institution on Thursday.

"Results confirmed by two different methods in two different laboratories indicate the presence of SARS-CoV-2 RNA in samples taken in Milan and Turin on December 18, 2019 and in Bologna on January, 29, 2020," said Giuseppina La Rosa at the Department of Environment and Health of the Italian National Health Institute.

Authors noted the science of sewage surveillance could be deployed in countries across the world to help monitor the spread of national epidemics of COVID-19 while reducing the need for mass testing.

Confirmed COVID-19 cases have exceeded 9.7 million globally, with over 490,000 fatalities and more than 4.8 million recoveries, the latest tally from Johns Hopkins University shows.

The World Health Organization chief warned the number of coronavirus cases around the world is set to reach 10 million "within the next week."