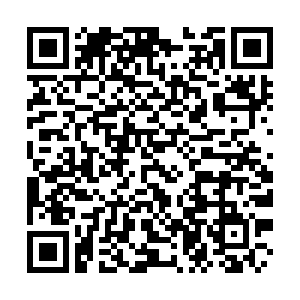 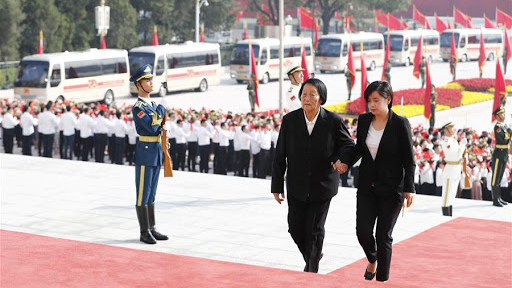 Awardee of the Medal of the Republic Shen Jilan arrives at the Great Hall of the People in Beijing, capital of China, September 29, 2019. /Xinhua

Awardee of the Medal of the Republic Shen Jilan arrives at the Great Hall of the People in Beijing, capital of China, September 29, 2019. /Xinhua

Shen Jilan, the longest-serving lawmaker in China, passed away in Changzhi City, north China's Shanxi Province, in the wee hours of Sunday at the age of 91, the city government said.

A farewell ritual will take place at 9 a.m. on June 30 in Changzhi City.

The female deputy was from a remote village in the mountains of Taihang, a revolutionary base of the Communist Party of China (CPC) in Shanxi. She served as deputy for all 13 terms of the National People's Congress (NPC), China's top legislature, since it was established in 1954.

Shen was a strong advocate for the inclusion of the principle of equal pay for equal work by men and women in the country's Constitution.

She was awarded the Medal of the Republic by Chinese President Xi Jinping in September last year. The medal is conferred on prominent figures who have made great contributions and achievements in the building of socialism with Chinese characteristics and in defending the state.

Shen attended the first session of the first NPC in 1954 after her election as a deputy. It was during the session that the first Constitution was passed, legitimizing "equal pay for equal work" as she had proposed.

In 2008, she was selected as a carrier in the Beijing Olympics torch relay at the age of 79.