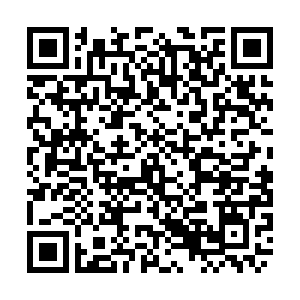 India's months of lockdown is due to be further eased Wednesday.

Over the last 24 hours, India reported over 18,500 new coronavirus cases, pushing the country's total above 566,000, official data showed on Tuesday.

Last week India passed the bleak milestone of half a million cases. While the country took 109 days to record the first 100,000 cases, the latest 100,000 cases were added in just 6 days as it emerged from strict lockdowns. 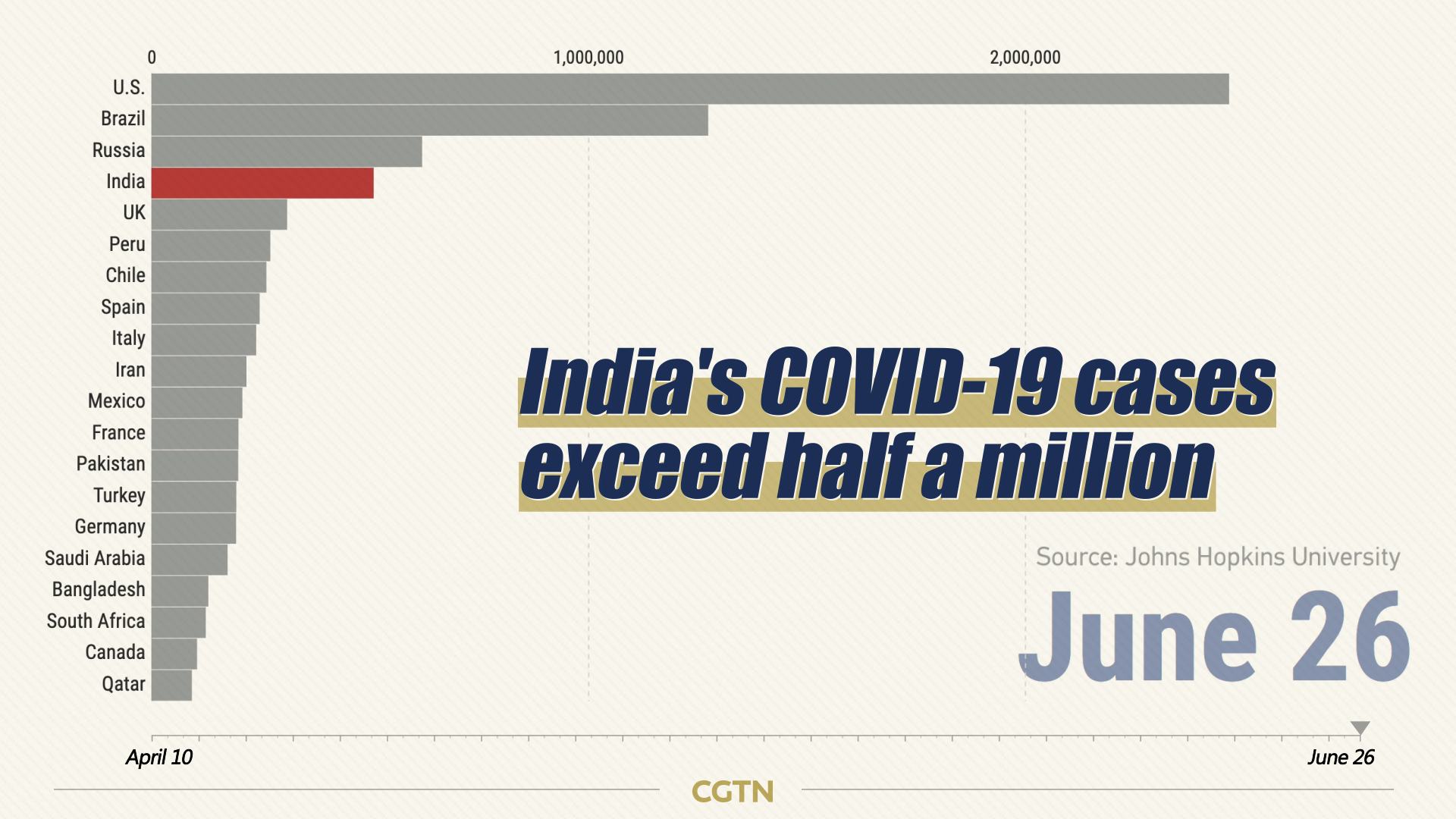 India now has the world's fourth-biggest COVID-19 outbreak, below only the United States, Brazil and Russia, in confirmed infections.

In the early stage, India acted aggressively to contain the virus. In late March when the country had about 500 cases, Prime Minister Narendra Modi imposed a nationwide lockdown, ordering its 1.3 billion people to stay home with nearly all services and factories suspended. 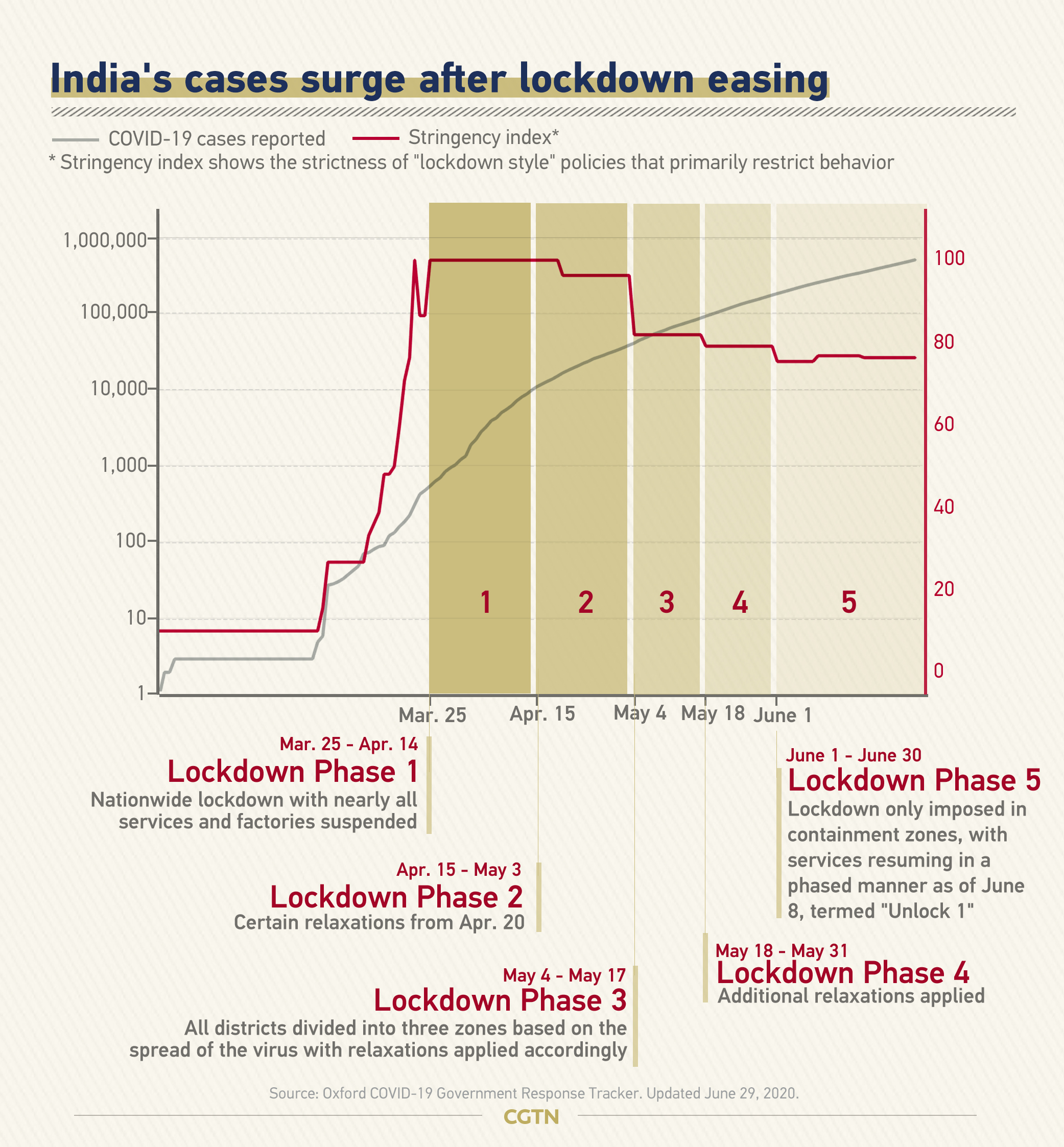 The lockdown, extended several times afterwards, took a heavy toll on India's economy and caused millions of people to lose their jobs – many of whom rely on daily labor to earn money. 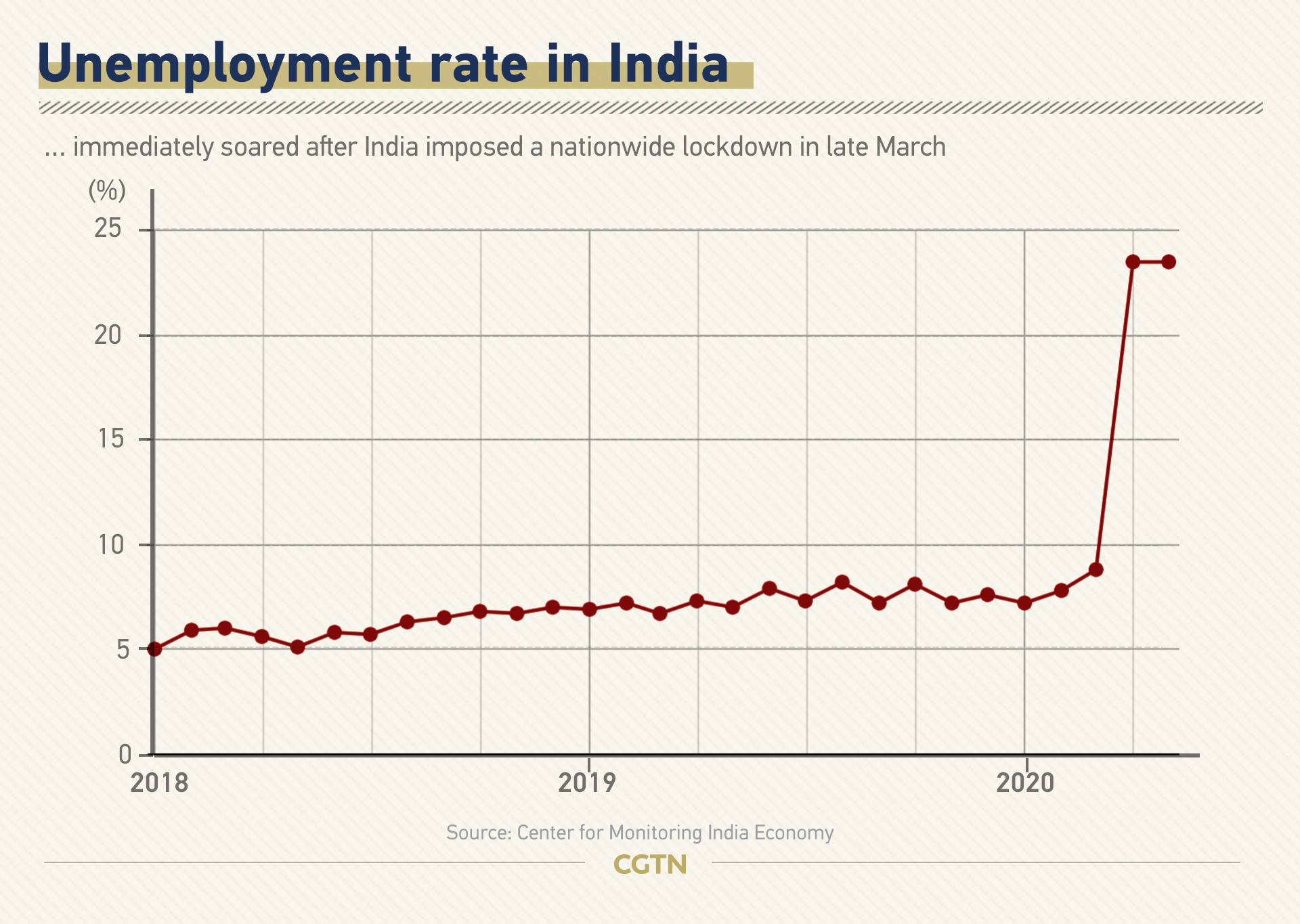 For India, where the service sector accounts for about 60 percent of its GDP, the lockdown had grounded its economy to a halt.

According to IHS Markit, India's services business activity index came in at a shocking 5.4 in April, the largest month-to-month contraction since its data collection began over 14 years ago. 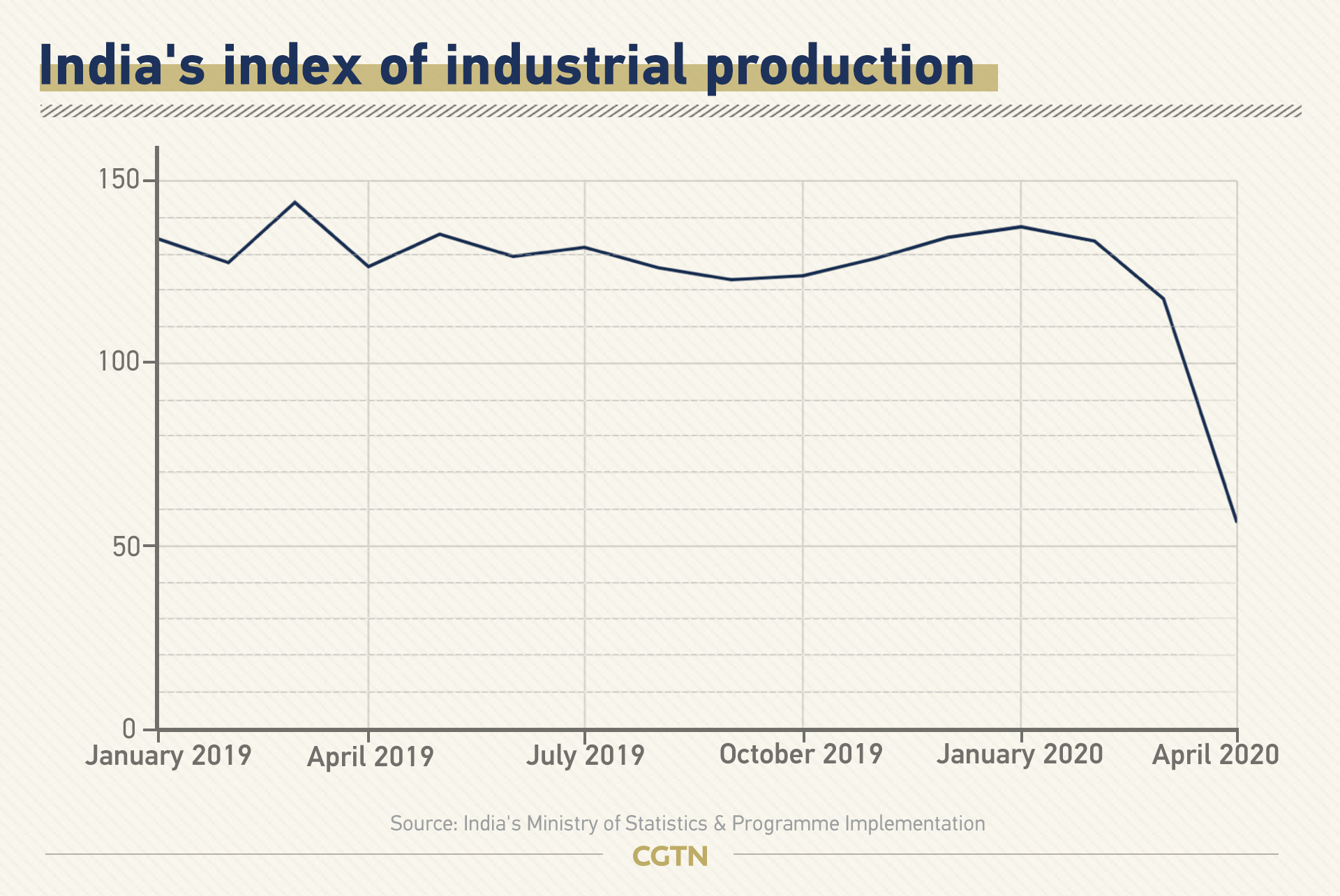 In its latest update, the International Monetary Fund's (IMF) projected steep contraction of India's GDP in the ongoing financial year.

"India’s economy is projected to contract by 4.5% following a longer period of lockdown and slower recovery than anticipated in April," the IMF said. In April, it had been predicting 1.9 percent growth in India for the year. 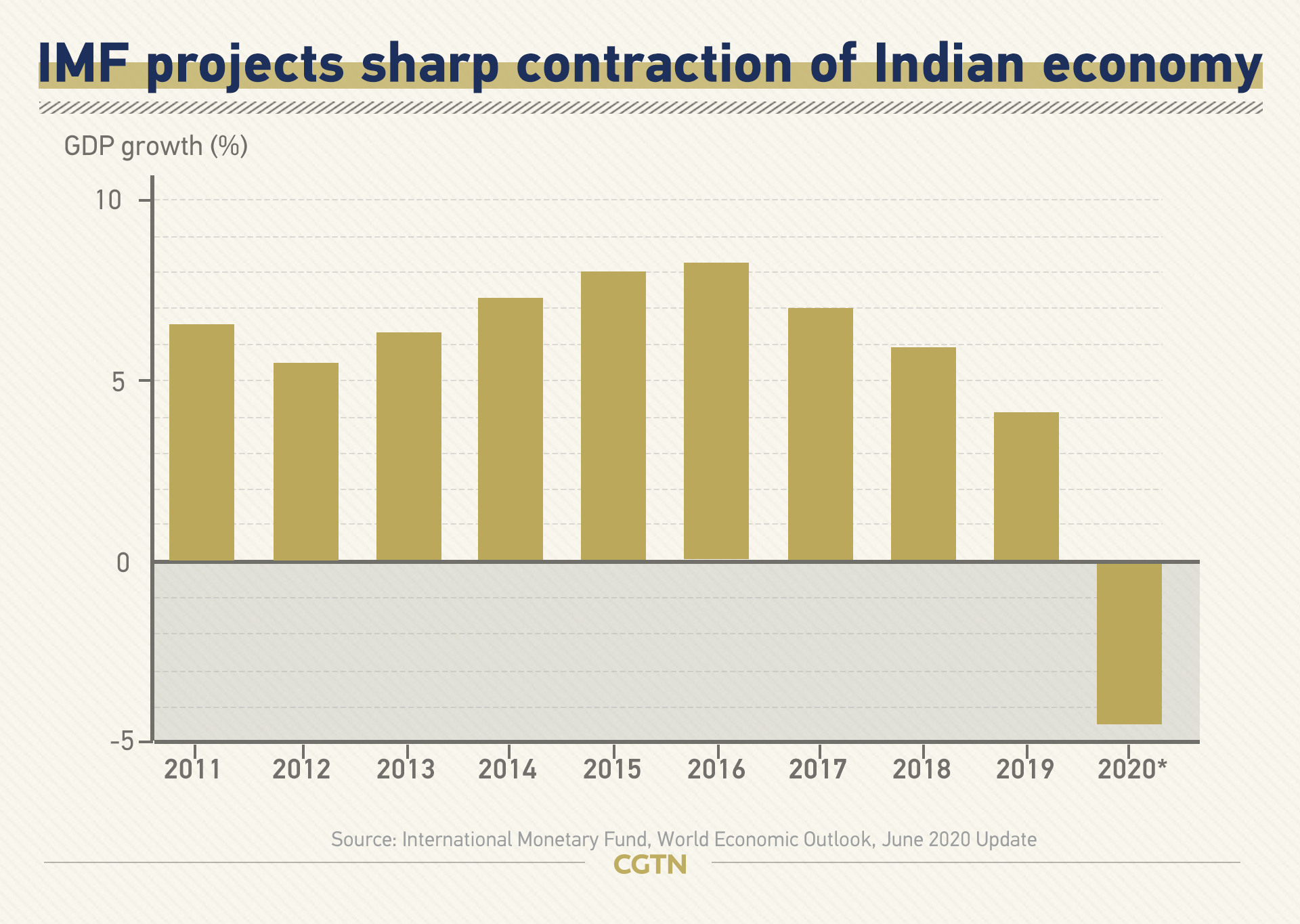 Hoping to mitigate the economic fallout, the Indian government began lifting restrictions as early as mid-April. But infections surged along with it.

Like many other countries, the Indian government is trying to balance the control of COVID-19 and avoid economic disaster.

Considering the peak of COVID-19 cases in India is still some distance away, how to strike such balance between reopening and infection control has become a real test of the governance capacity for the Indian government.