Are we going to see a 'war of sanctions' between EU and U.S. soon?
Djoomart Otorbaev 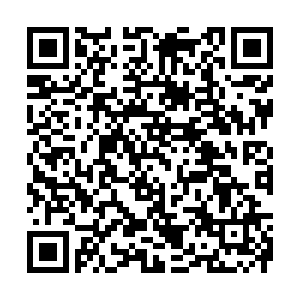 Former German Chancellor and head of the Nord Stream 2 administrative board Gerhard Schroder and his wife Soyeon Schroeder-Kim wait for the start of a hearing in the Bundestag's Economic Committee on the Nord Stream 2 pipeline project in Berlin, Germany, July 1, 2020. /AP

Former German Chancellor and head of the Nord Stream 2 administrative board Gerhard Schroder and his wife Soyeon Schroeder-Kim wait for the start of a hearing in the Bundestag's Economic Committee on the Nord Stream 2 pipeline project in Berlin, Germany, July 1, 2020. /AP

I have previously discussed the crucial role of the European Union (EU) in helping resolve the extremely dangerous conflict between China and the United States. In the article What can the EU do to mitigate the risk of China-U.S. conflicts, I wrote that "Europeans are convinced now that President Trump is redefining American national interest and a strong transatlantic alliance is not part of it. This is a radical departure from the whole American post-war foreign policy."

However, recently there has been a new development that has caused a sharp aggravation of relations along the EU-U.S. axis. Russia is also part of this conflict.

It's all about developing Nord Stream 2, which is a planned 1,230-kilometer  undersea pipeline that will carry natural gas from Russia to the European network in northern Germany. It will double the capacity of an existing route - the original Nord Stream 1 – that opened in 2011.

The U.S. is strongly opposed to the project. They worry that Nord Stream 2 will make Europe overly dependent on Russia, which would receive huge political and financial benefits.

However, the German government is fully committed to finalizing the project.

On July 1, Chancellor Angela Merkel in her statement to the German parliament underlined her country's commitment to complete a new pipeline that faces strong  resistance from the U.S. "The kind of extraterritorial sanctions being imposed by the United States of America do not correspond to our understanding of the law, and so neither do the deliberations ongoing at the moment. …We think all the same that it is right to complete this project and we are acting in this spirit."

German Foreign Ministry has been less diplomatic. "We're talking about direct and grave interference in Germany and Europe's sovereignty and energy policy," Niels Annen, minister of state in Germany's foreign ministry, said at the hearings. "It would block a commercial project, which is being implemented based on EU law. The fact that the U.S. Congress acts as a regulator in European affairs are absurd."

Politicians were brave enough since they were overwhelmingly supported by a strong pro-business lobby. According to the findings of the latest business climate survey by the Russian-German Chamber of Foreign Trade, as many as 97 percent of German companies oppose the U.S. sanctions against Russia and the Nord Stream 2 project. Many experts agree that these sanctions are designed to increase the supply of more expensive American LNG to Europe by destroying a potential competitor.

In this Nov. 11, 2018 file photo a ship works offshore in the Baltic Sea on the natural gas pipeline Nord Stream 2 from Russia to Germany. /AP

In this Nov. 11, 2018 file photo a ship works offshore in the Baltic Sea on the natural gas pipeline Nord Stream 2 from Russia to Germany. /AP

The European gas market has become more competitive as liquefied natural gas (LNG) rival to replace declining local production from the North Sea. Gazprom estimates that in 2019 its share of the European market was dropping to 35.5 percent compared with around 37 percent in 2018.

According to the estimations the new gas pipeline may ensure a 16 percent decline in energy prices. Thus, thanks to the cheaper gas supplies the Nord Stream project can raise the competitiveness of European businesses.

Nord Stream 2 would bypass some countries in Eastern Europe, like Ukraine, Poland and Slovakia. They are concerned that they'll lose at least part of their revenues after the launch of a new pipeline. Those countries are currently lining up with the U.S., which argues that the link would give the Kremlin new leverage over Germany and other allies.

Thus, the project has triggered deep division between EU member states. But German officials say that the prospect of a direct U.S. intervention in the 27-member bloc's energy interests could prompt a collective response.

The EU's High Representative, Josep Borrell, said the bloc was preparing a "reinforced sanctions mechanism" to respond to U.S. measures. The instrument "will improve Europe's resilience, faced with the effects of the extraterritorial application of sanctions imposed by third countries," Borrell's office said on June 25 in response to a European Parliament query. It is important that EU-wide sanctions need unanimous approval by all 27 member states.

From the 1 July, Germany is responsible for the six-month rotating presidency of the European Council, an important role for member states and their national leaders to demonstrate their political unity and capability. Not only does the presidency member state host meetings between leaders at various levels of the EU Council, but it is also expected to set the agenda, guide debates and help the EU27 to form consensus on various issues.

It isn't difficult to predict that the debates on the Nord Stream 2 project would be among the hottest in the history of the European Union. To be able to announce and to carry on united war of sanctions with the U.S. would require the real courage and will be challenging.

What would happen within the China-Russia-U.S.-EU quadrangle will be shaping the world's order for many years, perhaps even decades to come. If the U.S. continues its current policy as an "arrogant world's policeman," it is going to lose the trust from its strategic transatlantic ally. And as Confucius famously said: "I wouldn't know what to do with someone whose word cannot be trusted". The alliance is going to move through the most complicated time in its history.