How can we save the elderly during the pandemic?
By Wang Xiaonan, Zhao Hong 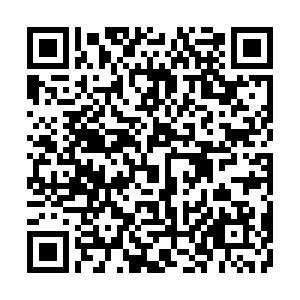 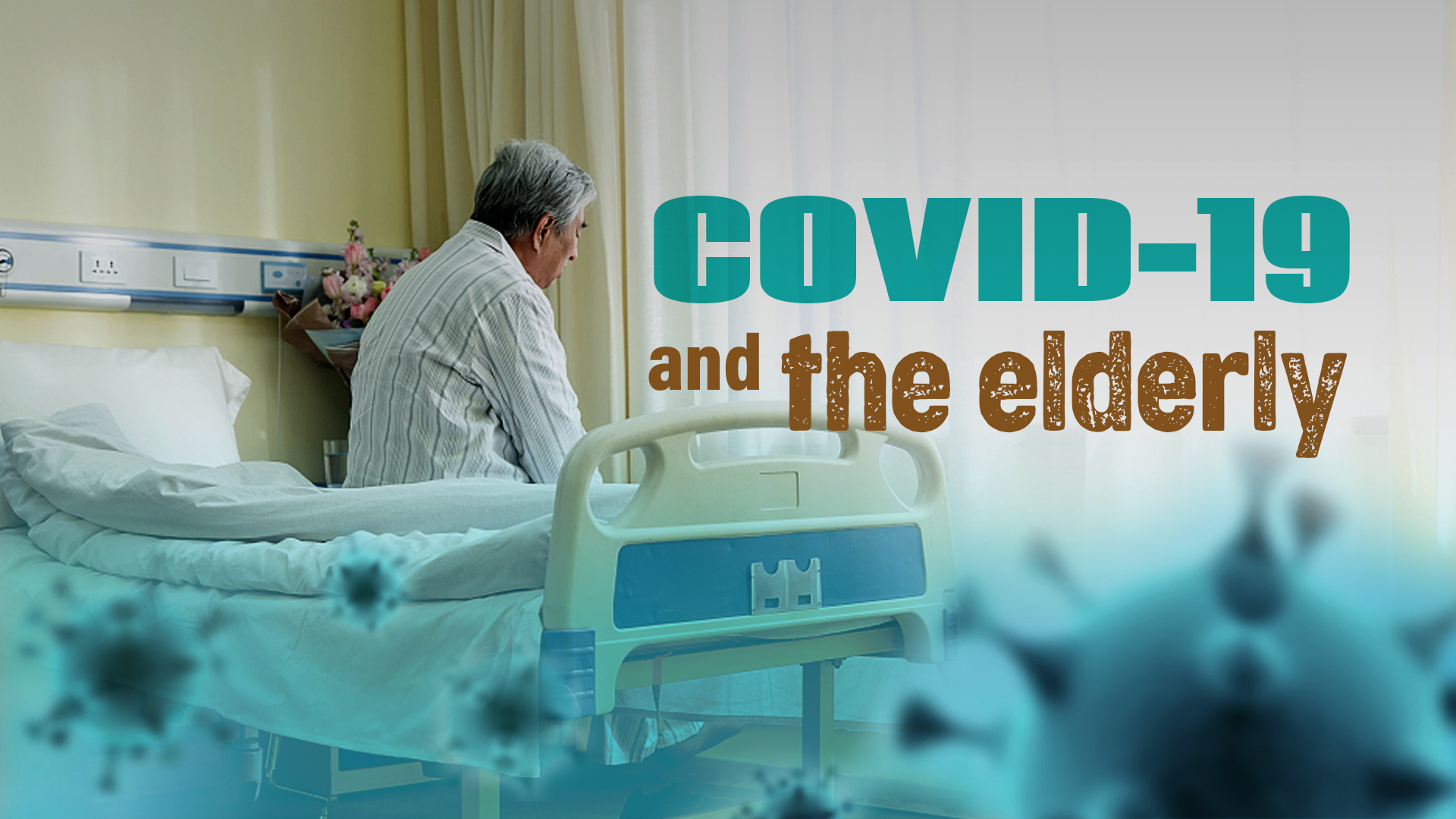 Editor's note: The coronavirus pandemic has infected 12 million people and claimed half a million lives, yet it's still gaining momentum in many parts of the world. It attacks all – the rich, the middling sort, the pauper, but it's not an equal-opportunity killer. The virus is also changing the conditions of underprivileged people from bad to worse, causing many to join the ranks of the vulnerable worldwide.

In this grim situation, CGTN has launched the series "In the era of pandemic, every life counts," featuring the elderly – one of the populations the 2020 World Population Day sheds a light on in the time of coronavirus. You can read the first and second stories here, on indigenous peoples and ISIL victims respectively.

In the 1800s, British naturalist Charles Darwin saw that natural selection governed the dominance of a species in an environment – in a process that was the consequence of competition among unequals for limited supplies. Two centuries later, doctors are forced to choose who to save and who to give up on due to a lack of resources in fighting a once-in-a-century pathogen.

In Spain, people above 65 years old – accounting for some 20 percent of the population – are being left unattended if they test positive for COVID-19, the disease stemming from the highly contagious novel coronavirus. Ventilators are taken from these older people and given to younger patients in light of a severe shortage of available medical resources. Nationwide, 70 percent of COVID-19 patients are above 65, and more than 65 percent of the dead were 80 years old or older, as shown in the data compiled by the country's health ministry. 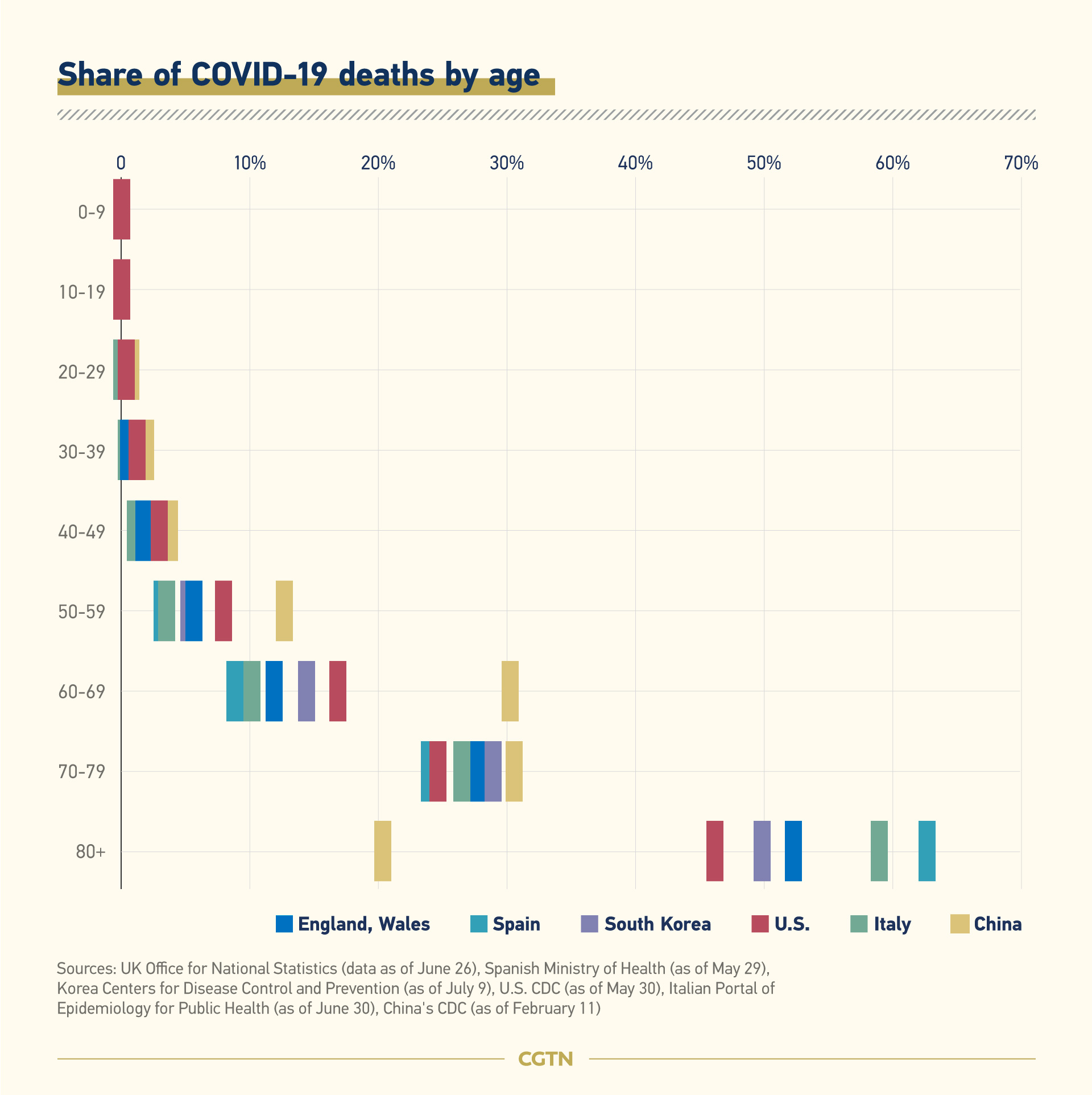 "A whole generation is being wiped out," said a writer from Crema, a town in Italy's worst-hit Lombardy. In this second epicenter of the pandemic, the average age of patients who died from COVID-19 was 81 and most of them had pre-existing health problems, according to its national health institute.

This raging pandemic is sparing no one, but older people constitute the most vulnerable population among coronavirus victims. In countries hard stricken in the early stages of the outbreak, the mortality rate increased with age, with developed nations – also mature aging societies – seeing the highest proportions of deaths among people aged 80 and over. In Italy, Spain and the UK, among the world's oldest societies, over half of all deaths from the disease are among people aged 80 and above. In China, where the first known cluster of confirmed cases was reported in its central city of Wuhan, the biggest number of fatalities occurred among the population between 60 and 80, as the country ages rapidly.

United Nations statistics in May show that for people over 80 years old, the death rate was five times the world average.

Apart from social neglect, vulnerable immune systems that are further weakened by chronical underlying illnesses contributed largely to the deaths among the the older population. Data suggests that people with underlying health conditions – such as heart diseases, respiratory diseases, diabetes and hypertension – are at a higher risk than those without. And more patients died from complications arising from COVID-19 than from infection alone.

As shown in the U.S. statistics in the chart below, even in the same age group, those with underlying health conditions have a starkly higher risk of death than those without. In Italy, the more underlying conditions that a patient has, the greater the likelihood that the patient will die from COVID-19.

Elderly adults are more likely to have these chronic conditions and hence more susceptible to the virus. As people age, their lung tissue becomes increasingly stiffened, leaving the respiratory tract tissue fragile to the novel coronavirus. Once infected, it's nothing short of lethal. Those with dementia are struggling harder to understand what COVID-19 is and how to take precautions.

In addition to physical debilitation, anxiety, loneliness and other mental problems arising from quarantine and lockdown have piled trauma upon trauma for the elderly population. 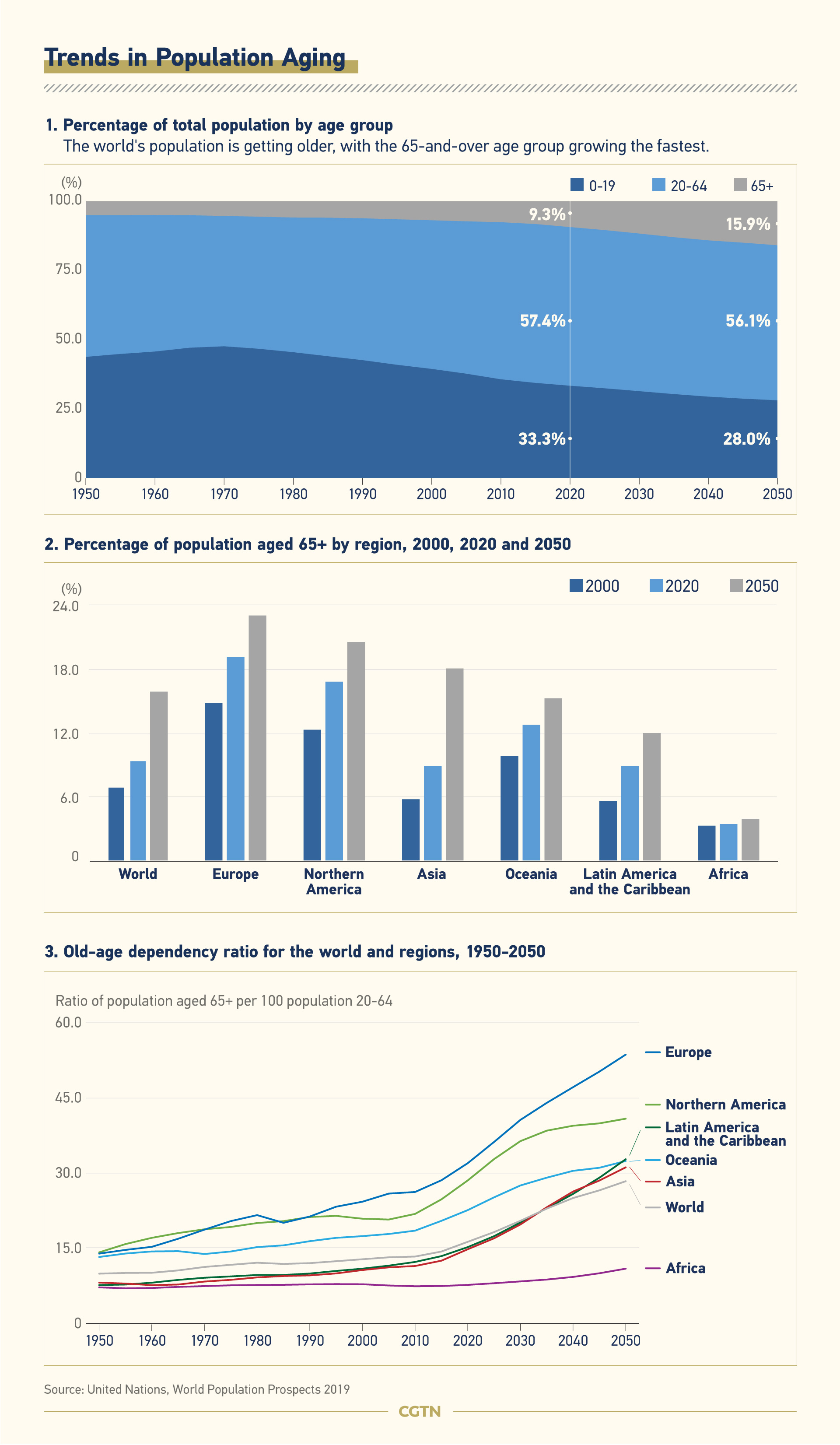 In the U.S., a handful of states including Florida, Texas and California are undergoing yet another uptick in both infections and deaths while the death rates in many other states are flat-lining. Older people are fueling the surge, with many dying in nursing homes without regular testing. Texas Lieutenant Governor Dan Patrick believed "lots of grandparents" would agree with him to rather die than see the American economy damaged, causing an uproar among several generations.

The world's population is getting older, with the 65-and-over age group growing the fastest. By 2050, one in six people in the world will be 65 or older, according to United Nations projections, up from one in 11 in 2020. By 2050, one in four persons in Europe could be aged 65 or over. The world's ratio of old to young will be dramatically imbalanced by the rising ranks of the elderly. The ratio in the European population is close to 1:3 in 2020 and expected to reach 1:2 by 2050.

Give this momentum, the concerns of the elderly will affect more of the global population. The question isn't only whether governments, health systems and other institutions are able to put more resources and talent into addressing the issues of this group – the more daunting concern is that the next time another pandemic rolls around, the elderly who may need help will be the youth of today.