Is overpopulation to blame for pandemics?
By Zhou Minxi 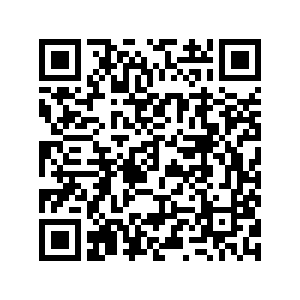 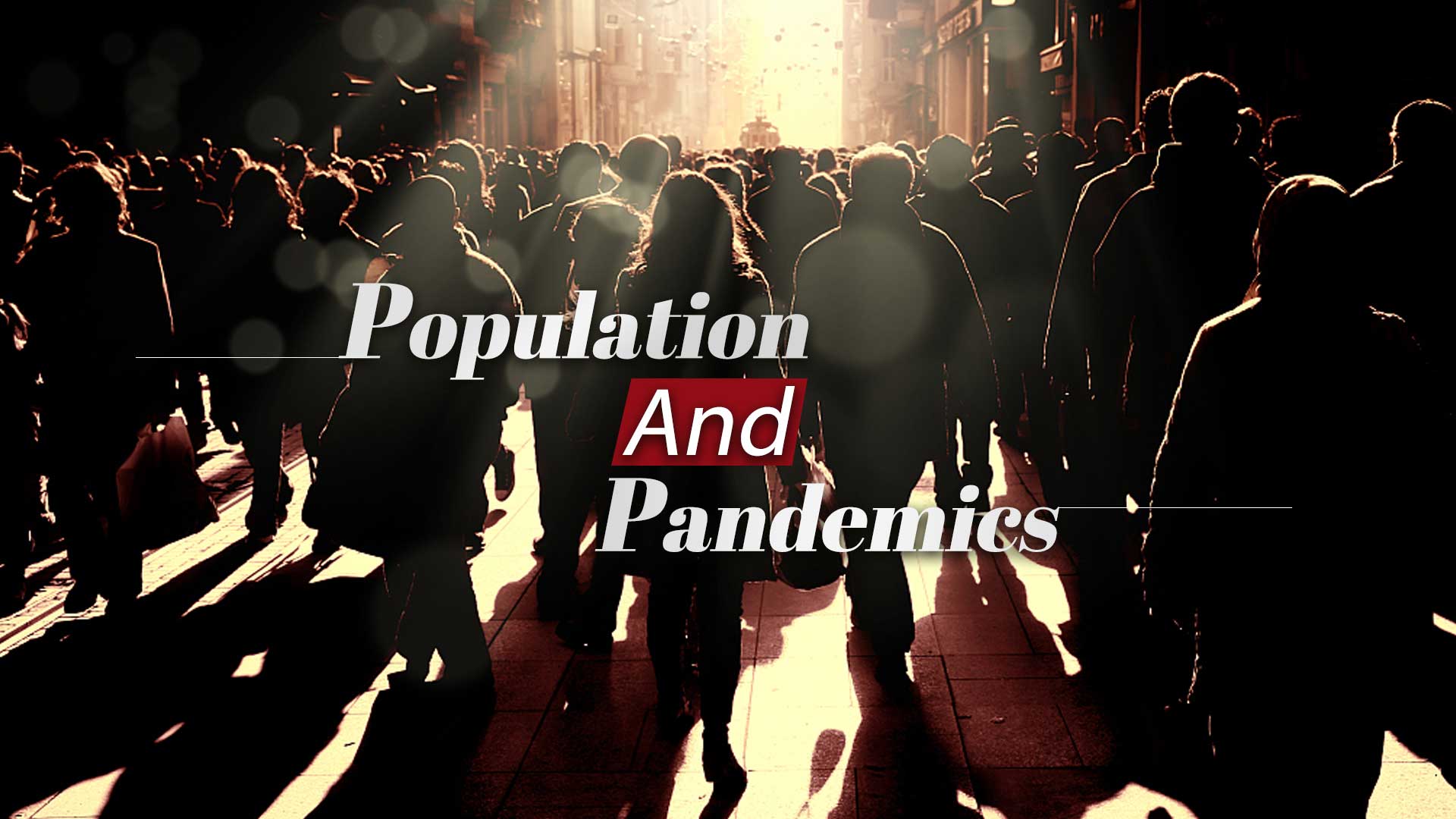 Overpopulation, together with the resulting natural calamities, is an enduring belief in the world of environmental activism. Devastating as it is, COVID-19 is not the first pandemic that has taught humanity a few things about its relationship with mother nature, and it likely won't be the last.

At face value, having too many people is obviously bad news: Densely populated cities and packed marketplaces have become petri dishes for the coronavirus, while containing the disease means social distancing, halting the economy and locking down entire urban areas and even countries.

As much as it has turned people's lives upside down, the pandemic has been regarded by many as an overdue relief for the planet. As numerous media reports observed, Venice's canals cleared up, as did New Delhi's sky, among the myriad evidence of the environment improving while humans stayed home. There was also a significant drop in global CO2 emissions after people stopped driving and flying, what climate advocates couldn't achieve for many years.

"Earth is recovering. We are the virus," the Twitter sphere proclaimed in chorus. This view is well-articulated in Richard Preston's bestseller "The Hot Zone" about the first Ebola outbreak:

The earth's immune system, so to speak, has recognized the presence of the human species and is starting to kick in. The earth is attempting to rid itself of an infection by the human parasite.
-  Richard Preston, The Hot Zone

With the current world population at 7.8 billion, the human impact on Earth's resources is already an ever-nudging concern. The United Nations projected the global population to reach 8.5 billion in 2030 and 10.9 billion in 2100.

The idea that the over-exploitation of Earth's resources has brought nature's revenge on humanity gained momentum after the novel coronavirus was linked to the wildlife trade in China. A similar view was later echoed by many high-profile figures such as Britain's Prince Harry and Pope Francis.

The UN's environment chief, Inger Andersen, agrees that "nature is sending us a message" about the ongoing climate crisis.

Scientists believe that human activity has caused viruses to jump from animals to humans. Pandemics caused by zoonotic viruses have quadrupled over the last 50 years, a trend correlating with population increases in this period, with medical and healthcare advancements considered. Studies showed that more than 300 new infectious diseases emerged between 1940 and 2004, while 75 percent of all emerging infectious diseases come from wildlife, including Ebola, HIV, avian flu, SARS and COVID-19.

Rapid urbanization, deforestation and intensive livestock farming to keep up with the human population's growing demand for land and food have led to encroachments of wildlife habitats, thus increased the chances of virus spillover. The risks of a full-blown pandemic are only exacerbated by an interconnected modern world.

"Increased trends in land use change, combined with increased trends in trade, and global travels, are expected to increase the frequency of pandemics in future," said Anne Larigauderie, executive secretary of IPBES, the panel of UN experts on biodiversity.

IPBES estimates that zoonoses kill some 700,000 people a year. The latest pandemic has already claimed more than 550,000 lives globally.

Experts have warned that many other pandemics of this nature will follow if nothing changes. 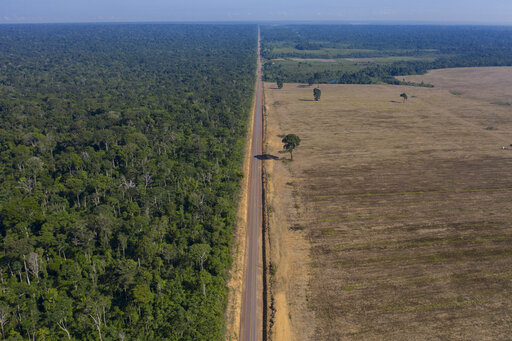 A soy field in a deforested area in Belterra, Para state, Brazil. /AP

A soy field in a deforested area in Belterra, Para state, Brazil. /AP

The inevitable question to the renewed misanthropy in the wake of COVID-19 is where exactly "overpopulation" occurs. In fact, as UN figures show, world population growth rates are on a trajectory to stabilize in the coming decades as birthrates decline worldwide.

However, this doesn't mean that resource consumption will slow anytime soon. According to the UN Environment Program, human consumption of natural resources has tripled in 40 years. Meanwhile, the biggest contributors to climate change are the world's richest 10 percent, according to Oxfam, whereas African countries with high birthrates, like Niger, produce the least carbon footprints.

Critics of the Malthusian presupposition have pointed out that advocates of population reduction often like to invoke imagery of impoverished slums in developing countries to illustrate the ills of "overpopulation." And like Malthus' opposition to the English Poor Laws, which would feed the poor and thus encourage them to reproduce, blaming the world's poorest for resource scarcity while condoning their suffering as nature's balancing act can be ethically problematic.

Underlining this narrative of the overpopulated third world is the Western-centric view of what is natural and civilized. The recent association of infectious disease outbreaks with Asia's "wet markets" and dietary practices has ignited existing prejudice toward certain ethnicities.

Human rights activists say the overpopulation argument tends to sidestep the more urgent need for accessible healthcare, as vulnerable groups are disproportionately suffering and dying from COVID-19 and its repercussions.

Besides, pandemics were not a problem unique to the modern world. The Bubonic Plague killed 75-200 million people in the 14th century, when the population was less than half a billion.

Considering how densely populated cities in Asia have successfully mitigated COVID-19 in the past few months, to have less deaths and suffering in the 21st century may still be a choice.

Read more: How can we save the elderly during the pandemic?