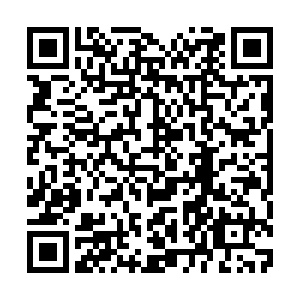 France will celebrate its national holiday, Bastille Day amid the COVID-19 pandemic and European leaders will hold their first face-to-face talks on the coronavirus crisis.

Every year, France celebrates its national holiday – Bastille Day – on July 14. But this year's festivities are going to be very different due to the COVID-19 pandemic.

Rather than the traditional march of soldiers and military hardware down the Champs-Elysees on July 14, this year will see a much smaller ceremony at the Place de la Concorde, the presidency said.

The ceremony, which will include the traditional fly-over by French military aircraft, will honor the military's participation in the fight against the coronavirus epidemic as well as frontline health care workers, the Elysee Palace said in a statement.

The annual parade to mark the July 14, 1789 storming of the Bastille fortress in Paris during the French Revolution, has been held on the Champs-Elysees since World War I. This will be the first year without such a parade since the end of World War II.

The EU's 27 heads of state have been unable to meet in person since February due to travel restrictions and strict lockdown measures to contain the spread of COVID-19.

Though having a physical meeting is a good signal, gaps remain among the leaders over their long-term budget and economic stimulus plans to haggle over how to recover from the pandemic's fallout.

That sets the stage for arm-twisting at the EU summit on July 17-18, though Olaf Sholz, Germany's finance minister, which holds the bloc's presidency, voiced optimism that the leaders would reach a deal.

European Council President Charles Michel, who will chair the meeting, on Friday presented a long-term EU budget of 1.074 trillion euros and a recovery fund of 750 billion euros for pandemic-hammered economies, with two-thirds of that to be in the form of free grants and a third issued as repayable loans.

Thursday: U.S. Secretary of State Mike Pompeo delivers remarks on a report of the Commission on Unalienable Rights.

Sunday: Parliamentary elections in Syria is held, the beginning of second hearing in Israeli Prime Minister Benjamin Netanyahu's trial on charges of fraud, breach of trust and accepting bribes.