Be cautious, but don't expect U.S. pollsters to blow it in 2020 as they did four years ago
Bradley Blankenship 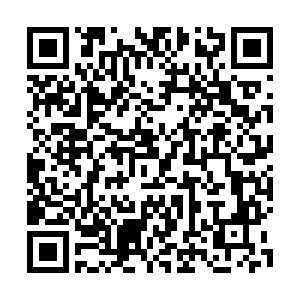 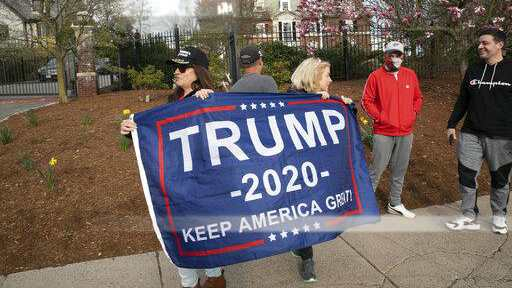 Supporters of President Donald Trump participate in a rally in front of the governor's mansion during the coronavirus pandemic in Hartford, Connecticut, April 20, 2020. /AP

Supporters of President Donald Trump participate in a rally in front of the governor's mansion during the coronavirus pandemic in Hartford, Connecticut, April 20, 2020. /AP

U.S. President Donald Trump is flailing in the polls and every indication seems to suggest that he's set up for a lashing at the booths comes November. However, nearly every poll in 2016 painted a clear picture at the time that he would also be smacked down by then-Democratic nominee for president Hillary Clinton – an outcome that never materialized. After years of reflection, pollsters are unlikely to repeat the same mistakes that made the public largely scoff at polls altogether.

It should be noted that the polls in 2016 were not actually all that wrong in terms of raw numbers. After all, Clinton was expected to win the popular vote by three percent according to polls, and she won it by 2.1 points in November 2016. The United States' presidential election, however, doesn't operate on a popular vote basis and this was a major mistake in the projections. Pundits and pollsters alike ultimately assumed that the upper Midwest (the "Rust Belt") would be a comfortable win for Democrats – but Trump eked out narrow victories in every single one of these states.

Courtney Kennedy, director of survey research at the Pew Research Center, and Charles Franklin, director of the Marquette Law School poll, explained to USA Today this week two important factors that led to the meltdown in polling: oversampling of college-educated voters and a failure to capture late-deciding voters. The former were skewed toward Clinton and the Democratic Party writ large while the latter favored Trump.

Pollsters are now course-correcting their samplings, accounting for educational attainment as a key factor. It's tricky because non-college-educated voters are less likely to participate in polls which leave open the possibility of the same mistake in 2020. However, its distorting effect is likely to be far less pronounced this time around.

In terms of late-deciding voters, things are perhaps more interesting on this front today. To understand this, one must remember the historic unpopularity of both Clinton and Trump in 2016. The Clintons, Hillary and former president Bill, have been soured with controversy for decades and this was only cemented after smacking her base upside the head with an electoral conspiracy against her rival, Bernie Sanders, in the primary elections.

Trump was also plagued with controversy. Through his campaign, and entire public life, Trump said and did polarizing things and presented vitriolic policies. He was deeply unpopular and this was reflected in the fact that he was handily beaten in the popular vote as well as the fact that, it seemed, many in his own party were set to break from him. Third-party candidate for the Libertarian Party, Gary Johnson, was poised to win some 10 percent of the vote but finished with 3.3 – indicating a change of heart at the voting box. 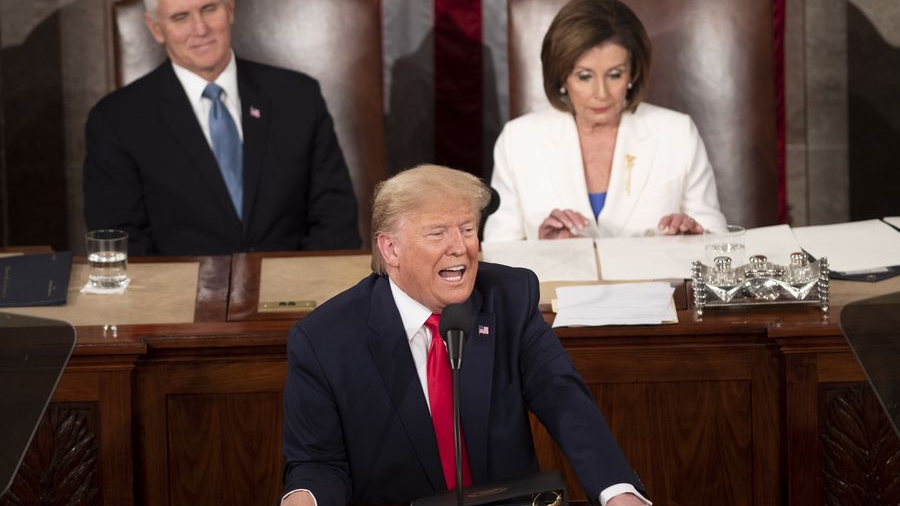 House Speaker Nancy Pelosi (R, back) tears up what appeared to be a copy of the president's speech during U.S. President Donald Trump's (front) State of the Union address to a joint session of Congress on Capitol Hill in Washington, D.C., February 4, 2020. /Xinhua

House Speaker Nancy Pelosi (R, back) tears up what appeared to be a copy of the president's speech during U.S. President Donald Trump's (front) State of the Union address to a joint session of Congress on Capitol Hill in Washington, D.C., February 4, 2020. /Xinhua

Trump represented, to many, a fundamental shakeup of the status quo. While he was also unpopular and polarizing for his vitriolic statements and positions, many saw in him a kind of protest against the entire American system. This was owed to his outsider and so-called populist appeal as he promised to "drain the swamp." Candidate Trump rejected "the swamp" of Washington, but President Trump has no doubt pumped water into it to the point of bursting.

He came into office with the wealthiest administration in recent memory and continued business as usual by launching attacks against workers while cutting taxes for the wealthy. Among the greatest achievements he's touting for his re-election bid, he lists reshaping the federal judiciary – stacked even more with corporate activists – and tax reform that was a windfall for giant corporations, producing none of its promised results in terms of economic output. All of this is to say that Trump has only exacerbated the legitimate class resentment that, in part, propelled him to power.

Key polls gauging public attitudes towards the president are resounding in their rejection of Trump. For instance, a recent Gallup survey has Trump at a pitiful 38 percent approval rating – slipping even among whites, men and older voters, who were all crucial to his 2016 coalition. A June poll by NORC at the University of Chicago suggests that only 14 percent of Americans are "very happy" which is a significant downturn. Finally, a poll by Pew Research Center in late June says that about 90 percent are dissatisfied with the state of the country.

Trump's four-year tenure in office coupled with his poor management of crucial issues have left him exposed and unable to recreate his 2016 outsider strategy. He's polarized the country to a historic degree and, because of this, voters are largely decided on his presidency. The "silent majority" as it were is unlikely to play any serious role given how vocal the country has become in the Trump era.

This factor alone could solve the key issue of undecided voters and pollsters are course-correcting their other polling discrepancies following their 2016 woes. It should also be noted that the expanded scope of remote early voting in the context of COVID-19 is also likely to paint a more accurate picture leading up to November.

No doubt this has been a crazy year. It's important to be cautious in any prediction, especially for this election, as many plausible scenarios could seriously change the outcome of the race. Politico recently noted some of these, such as Trump dropping out of the election altogether, either he or opponent Joe Biden coming down with COVID-19, or a host of other crazy shake ups. However, barring these scenarios, it's quite unlikely that the polling failures of 2016 will happen again in this cycle's election forecasts.