EU-China cooperation: A key in economic rebound for both markets
Bradley Blankenship 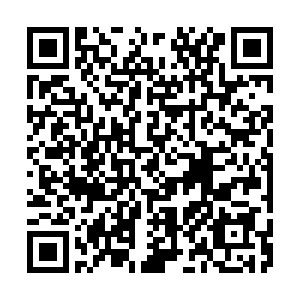 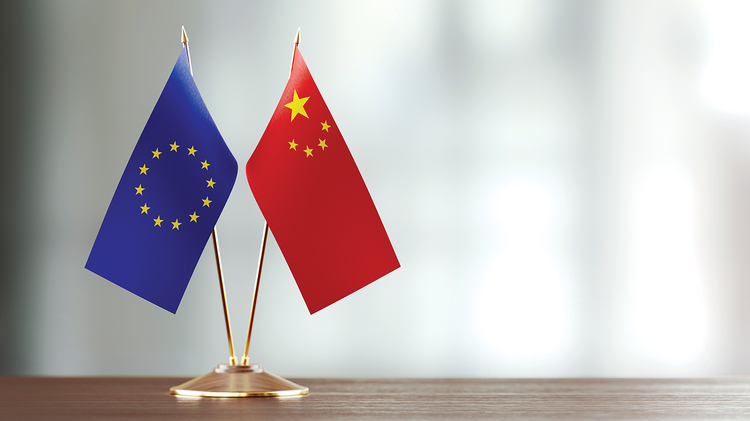 Europeans have every reason to rejoice after a hard-fought European Union (EU) coronavirus recovery package valued at around 859 billion U.S. dollars was agreed upon by EU leaders on July 21. Leaders across the board and in European states originally opposed to the economic indicators proposed for fund allocation, left in relief and analysts see a bright future for the EU economy moving forward.

European Council President Charles Michel proclaimed, "Europe is strong; Europe is united," indeed a testament to European solidarity as commentators suspected the coronavirus could lead member states heavily affected by the coronavirus – Italy, Spain and others – to pull away from the bloc. The EU will likely emerge strong as Russian Ambassador to the EU Vladimir Chizhov predicted in an interview with RT in April.

However, as the EU and European leaders enjoy this victory, the fact remains that for the bloc to pull itself out of this global-level slump, finding a market for European goods will be crucial for EU member states to rebound. This is where an EU-China agreement on geographical indications penned on July 20 can raise hopes as the two trading monoliths draw closer, much to the ire of the United States and its loyalists.

"This is the first significant bilateral trade agreement signed between the EU and China," the European Council (EC) noted in a press release, highlighting the sheer significance of the agreement.

What exactly does the agreement deal with? In short, the deal will ensure that 100 EU agricultural-food GIs (so-called Geographical Indications) receive protection in the Chinese market. Basically, it will protect the intellectual property of products from a certain geographical area. These are goods such as European wines, spirits and others, as the EC notes. The deal will also provide reciprocal protection for 100 Chinese products and provides a framework for expanding these protections over time.

The deal, as noted by CGTN columnist Tom Fowdy, comes at the same time that U.S. Secretary of State Mike Pompeo was in London to pressure the United Kingdom – who has since banned the Chinese telecom company Huawei from major parts of its 5G network, insisting it was not "strong-armed" by Washington – into taking a harder stand on China. 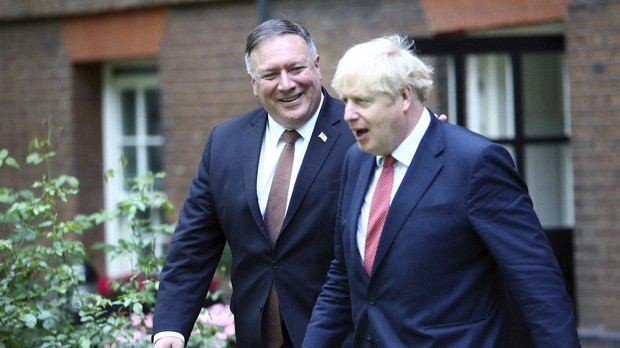 Such is an attempt to chip away at European integrity. But try as it may, the flailing U.S., on the verge of a complete economic apocalypse itself, has tried repeatedly to bully the EU bloc in the name of "America First" while European leaders have resisted. Instead, the EU has pursued a pragmatic direction with Beijing, out of a clear understanding that it has much more to gain from increased economic relations with China – already a pivotal trading partner with the EU bloc.

The GI deal provides confidence between the two sides and is the obvious prelude to the EU-China Comprehensive Agreement on Investment (CAI) hoped by both sides to be signed before 2021.

The importance of such an agreement is obvious – if the EU is to fully rebound from the coronavirus, it must emerge into new markets to export its goods given that consumer spending within the EU bloc (and certainly in traditional markets such as the U.S.) will be heavily driven down by the looming economic crisis. The full recovery of the EU is expected to be seen in 2021 and the CAI could position the bloc to emerge even stronger than before.

Why is China so important? China is the first major economy in the world to grow since the pandemic – reporting a strong 3.2 percent gross domestic product (GDP) expansion in the second quarter of 2020. The International Monetary Fund (IMF) predicts that China, unlike other major economies, is expected to grow this year – meaning the Chinese economy will not experience anywhere near the same recession as other comparable markets. Because of this, analysts believe China is expected to lead the coronavirus recovery.

The picture may not be as rosy in the near future, however, as Chinese consumer spending has declined due to the original lockdown measures taken earlier this year and fear of job loss. Exports could decline as the demand for medical supplies may diminish as the pandemic eventually levels out.

Political pressure from the U.S. is also likely to cause a significant market disruption and if the EU follows the U.S. line (as it is unlikely to), this would only create significantly more challenges for China. But, by pursuing independent trade relations, China and the EU both stand to gain.

China's continued economic growth and poverty alleviation is putting more money into the hands of the Chinese people – creating an optimal market for European goods in the near future and beyond.

Maintaining steady access to the European market will only continue this trend for China, a trend that will inevitably benefit the EU bloc in the long run as mentioned. This is extremely important for both sides to recover from the coronavirus aftershock, as well as prosper in the future, and there's no reason for the bloc to follow the declining U.S. into the abyss.