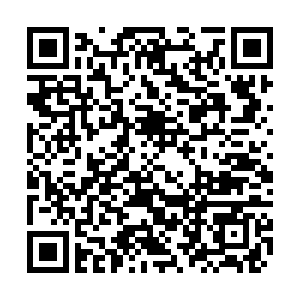 The Chinese Foreign Ministry on Monday confirmed that the U.S. Consulate General in Chengdu, the capital of the southwestern province of Sichuan, closed at 10:00 a.m. BJT.

China ordered the closure of the facility on Friday after Washington last week gave China 72 hours to vacate its consulate in Houston, in a dramatic escalation of tensions between the world's two largest economies.

"At 10: 00 a.m. on July 27, according to the Chinese side's request, the U.S. Consulate General in Chengdu was closed. Afterward, Chinese authorities entered through the front entrance and took it over," the ministry said in a statement on its website.

According to Foreign Ministry Spokesperson Wang Wenbin, China's takeover of the closed U.S. Chengdu consulate premises on Monday is a legitimate and necessary response to the U.S. closure of China's Houston consulate.

"According to the Vienna Convention on Consular Relations and the China-U.S. Consular Convention, the U.S. side shall not infringe upon the premises of China's Consulate General in Houston in any way," he pointed out.

The spokesperson added the Chinese side deplores and firmly opposes the U.S. move of forcibly entering China's Consulate General in Houston and has lodged solemn representations.

Noting that the U.S. made political provocation against China first and violated international law and the basic norms of international relations, Wang reiterated China owns the right to take countermeasures to defend its own legitimate interests.

Chinese authorities enter through the front entrance of the U.S. Consulate General in Chengdu, July 27, 2020. /CCTV

Chinese authorities enter through the front entrance of the U.S. Consulate General in Chengdu, July 27, 2020. /CCTV

A U.S. national flag was seen lowered at the U.S. Consulate General in Chengdu at around 6:18 a.m. on Monday, and police in Chengdu restricted access to the area around the consulate in the morning.

On Sunday night, the consulate's official insignia was removed from the front of the building, and a crane was seen entering the consulate compound and hoisting at least one container onto a large truck.

On Saturday evening, a worker was seen removing fittings around a plaque outside the main entrance.

"The current situation in China-US relations is not what China desires to see, and the U.S. is responsible for all this," Wang also said at the regular press conference and once again urged the U.S. to immediately retract its wrong decision and create necessary conditions for bringing the bilateral relationship back on track.

The White House argued without proof that the Chinese consulate in Huston was acting as a hub for spying, and had a long track record of trying to steal data from universities, hospitals, and research centers.

Wang Monday responded that the U.S. is merely making up excuses, and its accusations are baseless.

According to Wang, U.S. Local media said the Huston region has benefited from working with the Chinese consulate in Huston, and local officials also expressed shock over U.S.'s decision and hoped that two sides could resolve their differences peacefully and restart the Chinese Consulate General in Houston.

U.S. Secretary of State Mike Pompeo also indicated that the move was about slowing down China's momentum in the 21st century.

The spokesperson noted a small number of American anti-China politicians, motivated by their attempts to contain China and seek private interests, have constantly concocted remarks that discredit China and repeatedly escalated their provocative measures against China.

These anti-China politicians' real aim is to deliberately destroy China-U.S. relations and try to reverse the wheels of history, Wang said.

More and more rational and just people have criticized U.S.'s abominable acts, said Wang adding that on July 25 experts and scholars from 48 countries held a meeting and issued a joint statement, pointing out that the words and deeds of the U.S. government against China are becoming increasingly fierce, which poses a threat to world peace.

He cited the statement saying, those experts and scholars stressed that any new cold war in any form will completely violate the interests of mankind and supported China and the U.S. to develop relations on the basis of mutual dialogue and jointly work for human solidarity.