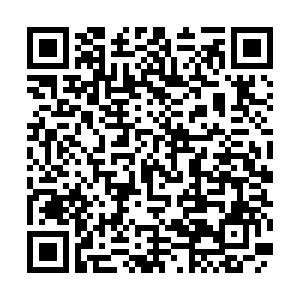 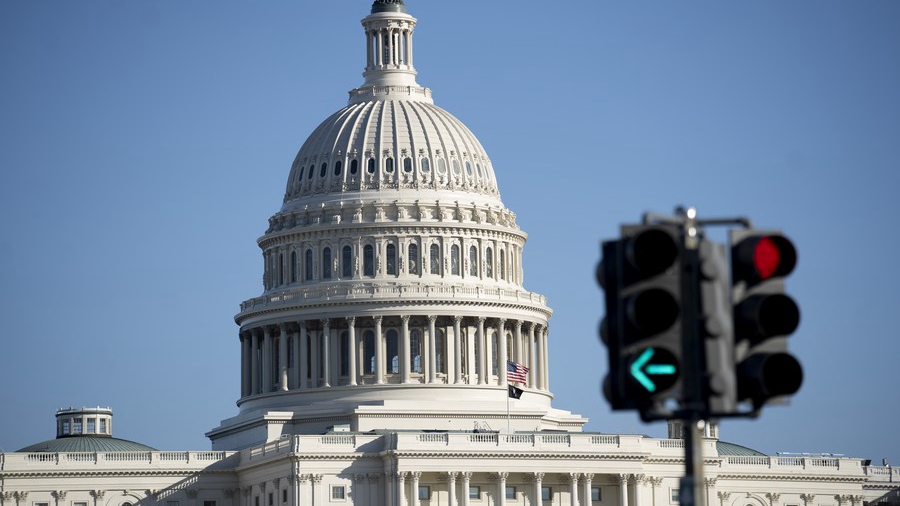 The individual sins of any American president or national leader are one thing, the nation's another. For example, Donald Trump. Impeached for using foreign policy to blackmail foreign countries into digging up dirt on his political rival, but not convicted. His former fixer, sent to prison for lying to Congress about Trump's business deals in Russia and hiding Trump's hush money payoffs to porn stars in violation of campaign finance laws, released under house arrest due to unchecked COVID-19 in U.S. prisons, and now re-incarcerated, the American Civil Liberties Union argues, because he's finishing a tell-all book on the President due out in September.

This follows a recent book by the President's niece, Too Much and Never Enough: How My Family Created the World's Most Dangerous Man (2020), which details Trump's sociopathic upbringing and deeply ingrained racism, and another, by right wing hawk and former Trump National Security Advisor, John Bolton, who confirmed the worst allegations of the impeachment charges plus more.

But the Bible-thumping hypocrite Trump has no shame. He pats himself on the back for a country that is reeling under his government's gross mishandling of COVID-19, and above all, threatens the world with unilateralism on health, trade, the environment and security.

This is the President who didn't hesitate to teargas peaceful protesters to stage a Holier-than-thou photo shoot appealing to Evangelical and racist supporters, and who's sent 'little green men' in unmarked cars into Portland to seize Americans off the street, extrajudicially.

Or so local media allege and the Portland mayor's lawsuit against the United States indicates. Meanwhile, Trump promises a surge of more federal agents into Democratically-led American cities—no retreat!

No shame, no retreat, and no accountability—despite an utterly horrifying national collapse. Over the course of his deplorable reality show presidency, reality has finally begun to push past the veils of bad faith so central to American consciousness.

Trump's 'making America great again' has produced more than 40 million unemployed, seen a fictional economy inflated by a Fed with nothing left except easy-easy-easy money and record deficit spending levels producing a hollowed-out economy incapable of sustaining adequate economic relief during the current crises, rapidly worsening income inequality both from his signature love-the-rich tax cuts, costly and self-defeating trade wars, and now the COVID-19 crises that discriminates substantially by race and income level.

And until recently, the fool wouldn't even be seen wearing a mask, but encouraged its politicization to the point that many of his diehard supporters now refuse to wear them because following his example they believe it signals weakness and fear and a lack of freedom. 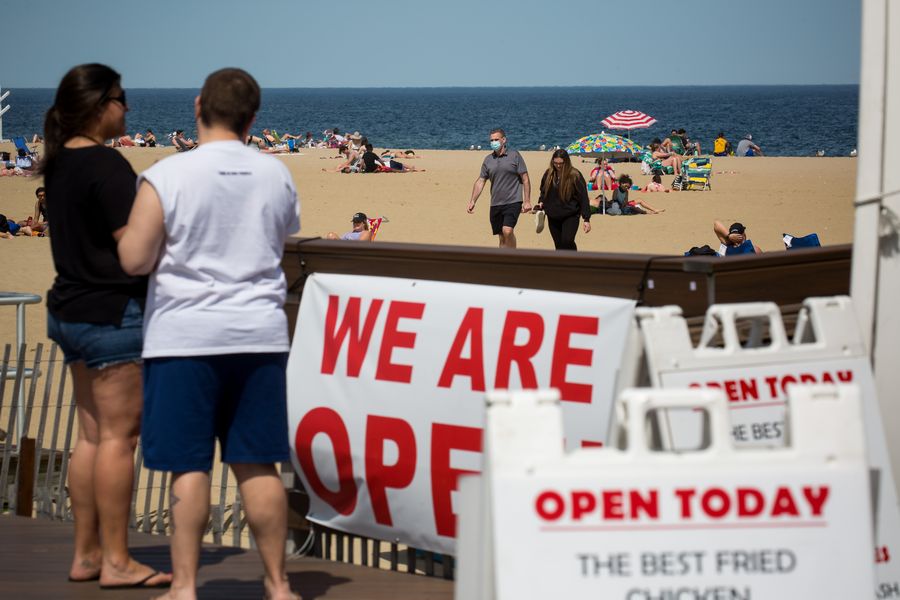 But those goons grabbing citizens in Portland are wearing masks, and now that his support is rapidly eroding above all in those "red" states that have followed him religiously, with his voters dying and not just those in "blue" cities and above all blacks, he now indicates wearing a mask is a good idea.

But, of course, in his first press conference on COVID-19 after making an utter fool of himself previously, once again, it was largely a campaign speech, attacking China and Joe Biden for being too soft on China.

In fact, Biden had criticized Trump for being a racist. Criticized him for politicizing the outbreak in nationalistic and racist ways. Of course, never known for deft discourse, Biden accused Trump of being the first racist to occupy the White House. What a stretch! Sure, Trump's a racist and worse, but so many of his predecessors were as well, including several who were unapologetic slave owners.

We could chalk all that up to ancient history—except it isn't. On the one hand, that history remains central to America's deeply historical, institutionalized racism. On the other hand, Trump now passionately defends the symbols of America's racist past—many of which were erected to intimidate African Americans during the Jim Crow era. He responds to Biden by saying no president 'except possibly Abraham Lincoln" has done more good for blacks than he has.

The fate of the world, the fate of American democracy, hinges on the unhinged.

Never mind that same press has detailed his gross politicization of that Department through Trump's tenure and most especially under his current Attorney General, William Barr. Never mind compelling evidence supporting his impeached foreign policy. Never mind his illegal assassination of an Iranian general to curry support among Republican senators during impeachment proceedings. Never mind current reports that he's consulting with John Yoo, the notorious drafter of the 'torture memos' for George W. Bush, to create legal justifications for increased rule by decree.

Meanwhile, everyone knows the U.S. spies on 'enemies,' allies, and its own citizens—tapping their phones, creating tech-company fronts, compelling information from FANG firms through post-9/11 legislation, backdooring university servers, maintaining the Five Eyes system, global human intelligence networks, and so on.

And yet, Trump accuses China of spying, Huawei without evidence of being a Communist plot, Beijing of a global Communist conspiracy, even accusing TikTok and WeChat of Communist plots. Pure McCarthyism.

Never mind Trump's own admission that charges against Huawei CFO Meng Wanzhou and attempts to extradite her from Canada are politically motivated. Never mind that she's a Chinese woman accused of violating an American policy against Iran that neither Canada nor China supports. 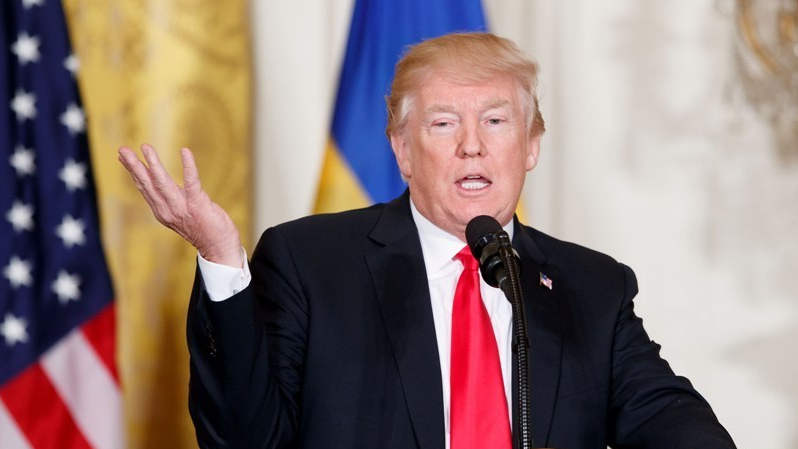 Never mind his pardoning cronies who've been convicted for crimes, including most recently Roger Stone who used a racial slur repeatedly on live radio against an African American interviewer asking him uncomfortable questions.

In fact, Trump's decision to go it alone on COVID-19, to turn vaccine development into an arms race to benefit America exclusively, invites spying. Although one certainly can't trust the Justice Department on anything at this point, and while there's no compelling evidence China was spying in this case—perhaps it should be.

Sure, Chinese vaccine trials are ahead of America's, but vaccine development and implementation will likely require several years to get ahead of the multitude of strains now worldwide.

By refusing to cooperate with others, by turning this into a competition that undermines global health and security, while promoting completely false conspiracy theories that the Chinese military engineered COVID-19 as an attack on America and him—an attack that rivals in his words the Japanese attack on Pearl Harbor in 1941—countries capable of gathering vaccine information must do so, even if it requires spying.

Quite remarkably, this is what Trump has produced: countries being punished for allegedly spying on life saving vaccine research. This isn't the Soviets trying to get plans for nuclear weapons. This is the opposite.

We can't expect Trump to moderate and we can't expect either Biden or American voters to really challenge him on China. The Houston consulate has closed. It's impossible to imagine Trump reversing course. Changing his mind about wearing masks after six months and more than 140,000 dead Americans is one thing, but ceasing his demonization of China when he has nothing else to offer is another.

China will reciprocate, and then Trump will blame China for aggression, borrow a Bible and wave it around, attack blacks in the streets, even accuse protesters of being Marxists supplied with Chinese weapons, as right wing media now allege, and U.S.-China relations and global affairs broadly will take another dark step towards the abyss.