China: gold consumption plunges in first half, but shows signs of recovery in second quarter
CGTN 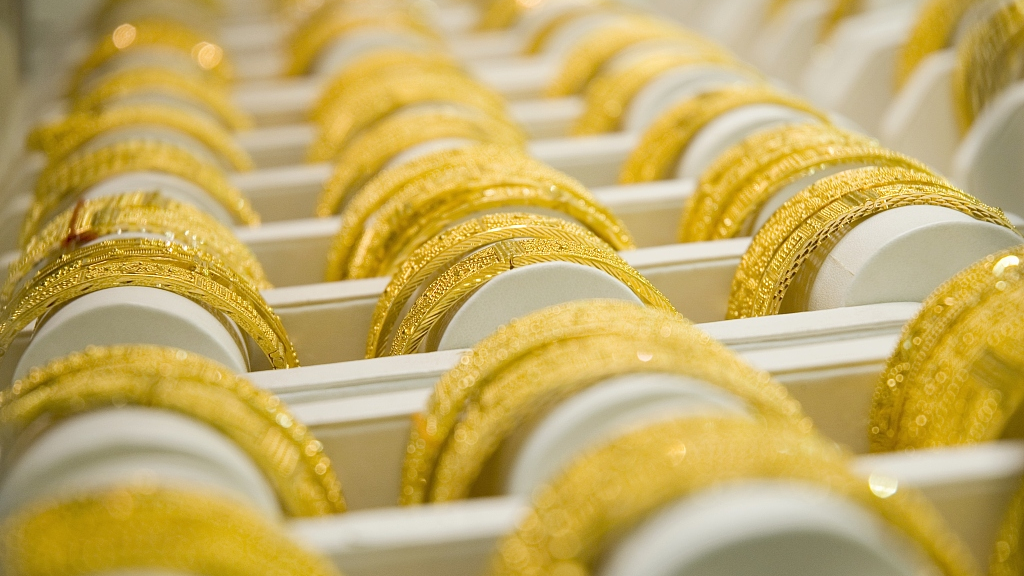 China's gold consumption fell by 38 percent year on year in the first half of 2020, hurt by the coronavirus and a slowing economy, although demand started to recover in the second quarter, China Gold Association said on Tuesday.

Consumption in China, the world's biggest gold user, came in at 323.29 tons in January-June, the association said on its website.

Spot gold climbed by about 17 percent over the first six months of 2020 as panicked investors piled into the safe-haven precious metal. Gold hit a record 1,980.57 U.S. dollars an ounce on Tuesday.

Chinese dealers have been selling physical gold at discounts to global spot prices since late February in a bid to revive sluggish demand, with the discount widening to over 30 U.S. dollars an ounce recently.

Second-quarter consumption was up 17.5 percent from the first quarter at 174.66 tons, according to Reuters calculations. That was still down 26.2 percent year on year.

The slowing of the decline came as China brought the spread of the coronavirus under control in the second quarter, the association said, helped by stimulus policies and "innovative" new ways of tempting consumers.

While overall gold consumption in the first half was "unsatisfactory," gold bullion coin sales were "remarkable" and down only slightly in the second quarter, the association said, without providing further details.

China's gold output slid by 7.3 percent year on year to 217.8 tons in the first half, although the association said domestic production had returned to normal in the second quarter, rising by 5.8 percent from the first quarter.