Three missions to Mars: How are they different?
CGTN 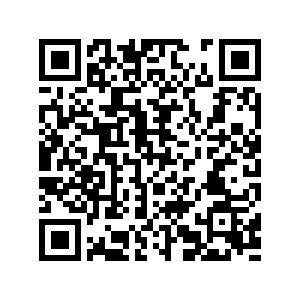 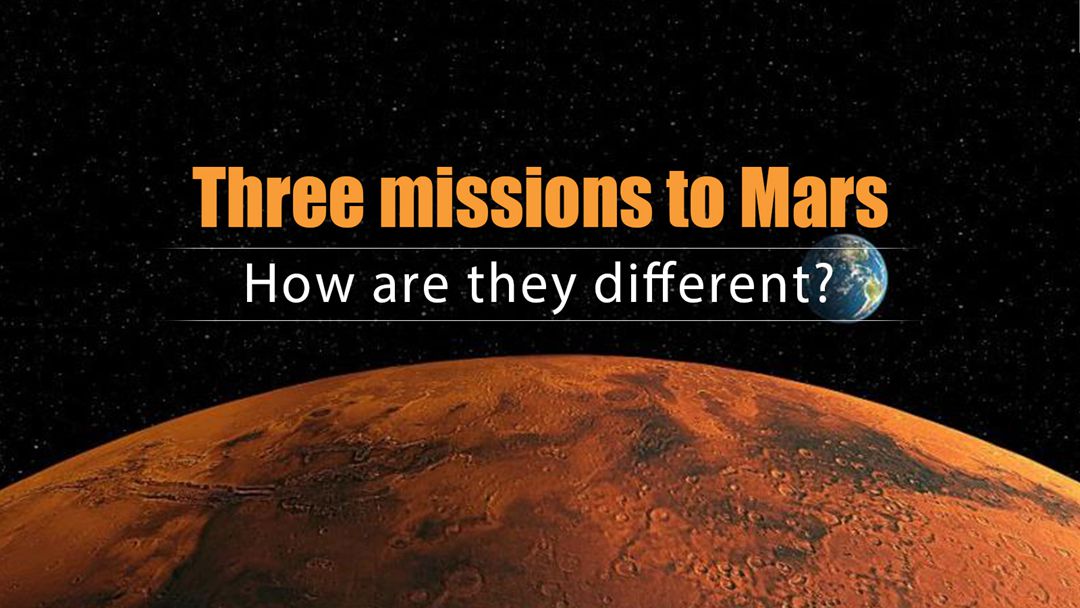 July is the month of Mars. The United Arab Emirates (UAE) and China have successfully launched their Mars probes on July 20 and July 23. The U.S.’s most advanced Mars rover Perseverance is set to blast off on Thursday. How are the three missions different?

All three countries are taking advantage of the precious Mars launch window every 26 months, and each mission is a pioneer in its own right. China’s Tianwen-1 is the country’s first Mars exploration project, and its deepest probe into space so far. The UAE’s Hope is the oil-rich country’s first interplanetary mission. Perseverance is the U.S.'s 5th and most capable Mars rover, with the goal of finding evidence of past life on the Red Planet.

So, how are the three missions different? Check out the comparison of their basic information in the infographic below.

There have been four types of Mars missions so far, namely, flyby, orbiting, landing and roving.

Among the three, China's Tianwen-1 is the most sophisticated one, aiming to complete orbiting, landing and roving in one mission. The UAE only launched an orbiter, and the U.S.'s Mars 2020 is mostly about the Perseverance rover. 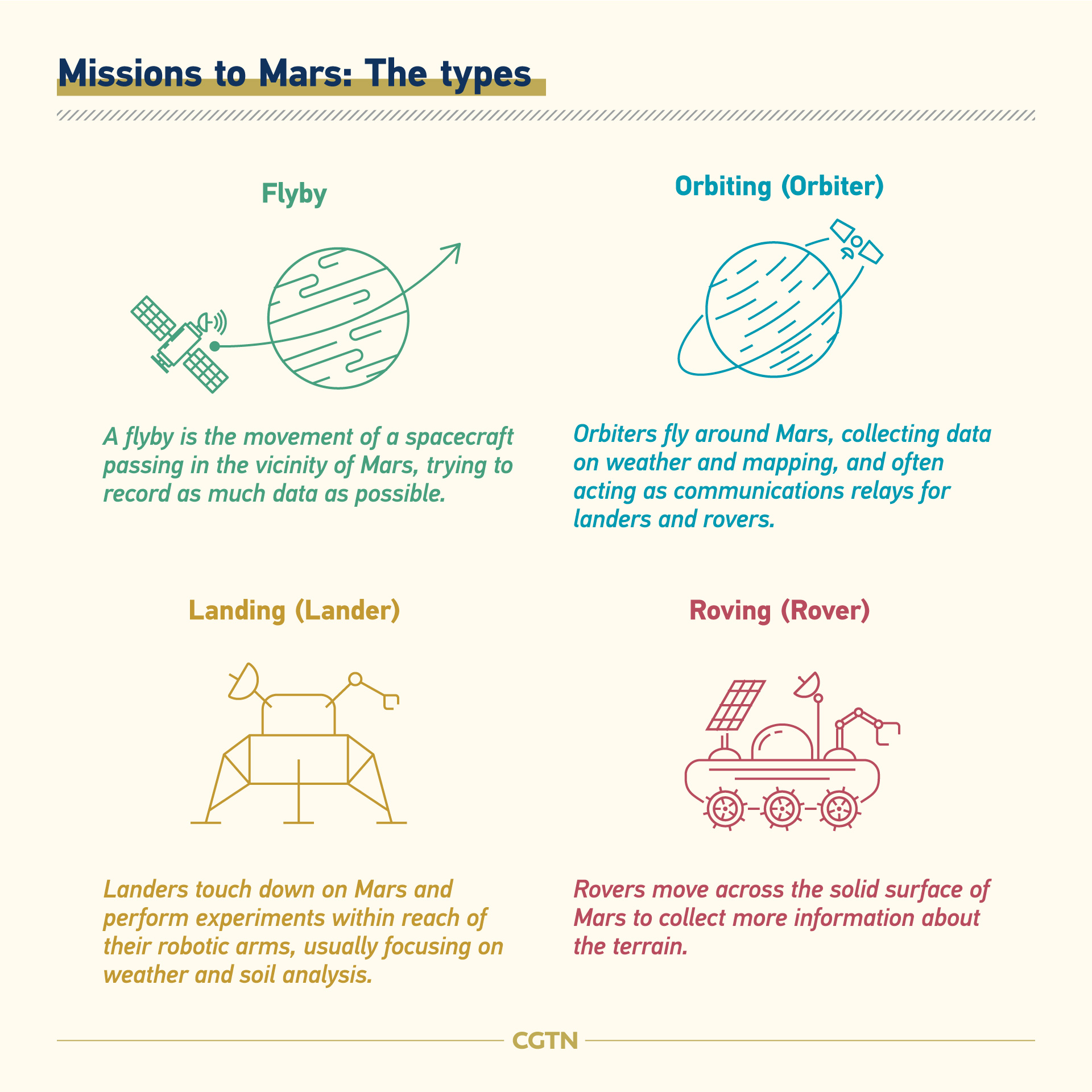 The primary scientific objectives include:

-Searching for the connection between current Martian weather and the ancient climate of Mars.

-Studying the loss mechanisms of Mars' atmosphere to space by tracking the behavior and escape of hydrogen and oxygen.

-Investigate how the lower and upper levels of the Martian atmosphere are connected.

-Creating a global picture of how the Martian atmosphere varies throughout the day and year.

The Tianwen-1 will carry out a comprehensive study on Mars, including overall inspection on the global level and some depth research in specific areas.

The orbiter will stay higher for a broader perspective. With a high-resolution camera and radar, it will map the surface, characterize its geological structure, and search for water and ice and rock distribution.

The rover aims to study the composition of soil and look for evidence of underground water. It also needs to collect atmospheric data to document climate change on Mars.

The data gleaned from the rover will provide scientists with crucial information to explore the habitability of Mars.

Read more: Tech It Out: What is Tianwen's scientific mission on Mars?

The major scientific objectives include:

-Gathering rock and soil samples that could be returned to Earth by a future NASA mission.

-Demonstrating technology for future robotic and  human exploration. Future missions will one day pick up and bring back rock and soil samples to Earth, possibly by 2031.

-A camera to take visible color pictures of the planet;

-An infrared spectrometer to analyze the planet in infrared light;

-Mastcam-Z: an advanced camera system with panoramic and stereoscopic imaging capability with the ability to zoom.

-SuperCam: an instrument that can provide imaging, chemical composition analysis and mineralogy at a distance.

-Scanning Habitable Environments with Raman & Luminescence for Organics and Chemicals (SHERLOC): a spectrometer that will provide fine-scale imaging and uses an ultraviolet (UV) laser to map mineralogy and organic compounds.

-The Radar Imager for Mars’ Subsurface Experiment (RIMFAX): a ground-penetrating radar that will provide centimeter-scale resolution of the geologic structure of the subsurface.