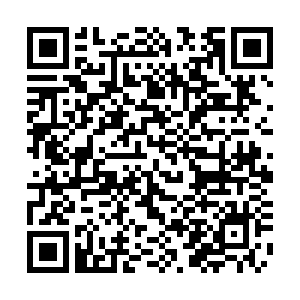 Every U.S. election in recent years has upended convention. With November coming soon, policy wonks and pollsters remain undeterred as they come out of the woodwork to do what they do best: predict who will be the most powerful leader in the world.

The guessing game isn't an exact science – many of these experts had projected a Hillary Clinton victory in 2016. But this year's election looks to set itself apart in the annals of unpredictability, as states that have been solidly red for the past few decades are turning blue. Texas, which has sided with Republican presidents for four decades, stands out as the most prominent one that's undergoing the shift. The trend is also taking shape in deep red Arizona, Florida, Georgia, Michigan, to name a few.

Add economic woes from COVID-19, social upheaval and demographic shifts into the mix and you can expect the upcoming months to be a roller-coaster ride.

The pandemic and economic woes

The pandemic has hit the country hard, but some regions have had it rougher than others. As new cases of infection continue to climb in populous states such as Texas, healthcare facilities have struggled to handle the surge without enough medicine, hospital beds, ventilators and even personnel. In Texas, the death toll from COVID-19 is approaching 6,000, according to its State Health Services Department.

The governors of Texas, Florida and Georgia have drawn controversy for their confusing patchwork of coronavirus policies. They shut down too late, reopened too early and considered another shutdown, further fueling the estrangement from local officials, in particular from metropolises largely dominated by Democrats.

Despite the race to reopen the economy, the unemployment rate has soared in these GOP strongholds. Local economies have taken serious hits due to shutdowns of restaurants and entertainment venues. The jobless rate in Texas is around 13 percent, a record high, while that in Arizona remains at twice the pre-coronavirus level.

"In many red states like Florida and Texas, state budgets mainly come from sales tax, which has sharply dived off because of the pandemic. But a place like in California relies on personal income tax for most of its revenue," said Zhao Minghao, a long-time observer of China-U.S. relations, during an interview with CGTN. A budget shortfall will probably prompt red states to tilt toward the Democratic Party if COVID-19 continues unabated, he said. 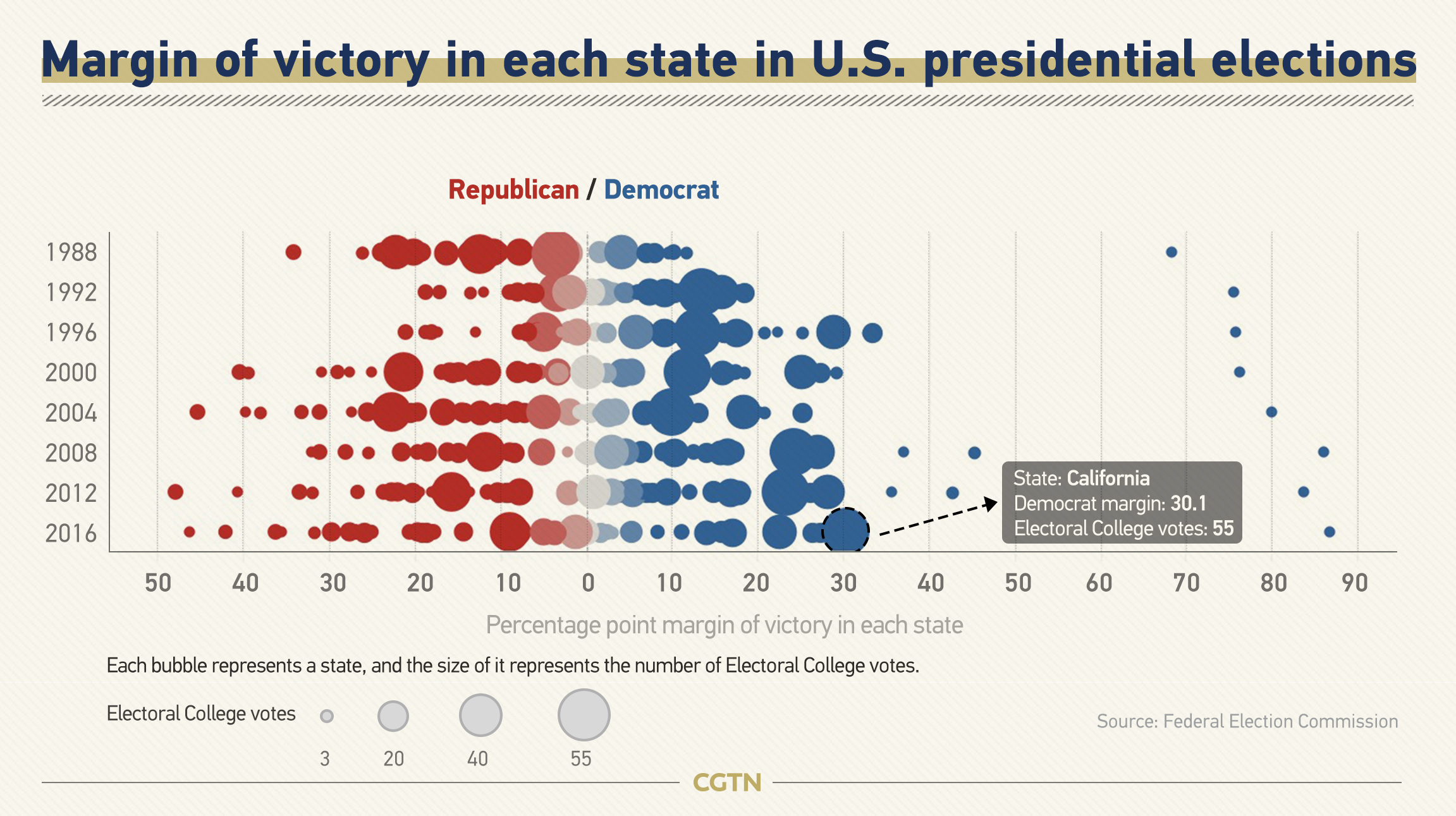 But economic discontent from COVID-19 doesn't entirely explain the red-to-blue shift. Even before the outbreak, states such as Nevada and Arizona saw this transition. "More liberal Californians have been moving into Nevada and Arizona that are changing those more Democratic. You have New Yorkers who retired to Florida. In Virginia and North Carolina which used to be very conservative, you have again professionals from different parts of the country moving into those states," James Rae, professor of politics at California State University, told CGTN.

In the past few years, reports on a "California exodus" have been making waves. Since 2010, more people have moved out of California than moved in. Between 2007 to 2016, among 1 million Californians – some 2.5 percent of its population, most relocated to Texas, according to statistics from California's Legislative Analyst's Office. In 2018 alone, over 86,000 residents moved from the Golden State to the Lone Star State, citing the lower cost of living, bigger houses and laid-back lifestyle. Florida constituted the second most popular destination.

Plus, following the expansion efforts of Apple, Amazon and Google in Austin, the most vibrant, liberal city in conservative Texas, Tesla's inroads are expected to inject more Democratic blood.

"In 2030, ethnic minorities will account for a majority in Arizona," said Zhao, also a senior fellow for American Studies at Fudan University. Since its admission to statehood in 1912, Arizona has voted Democratic slightly over 30 percent of the time but over the years the structure of its electoral politics has been changing.

Rae predicts that the white population will probably be a minority in 25-30 years, with ethnic minorities, particularly Latinos, growing across the country. "In some of these southwest states, probably 75 percent of Latinos are going to vote for Democrats," he noted. Multiculturalism needs more progressive policies to protect. What's more, "you have Asian Americans who are increasingly a successful higher education and economic success than white Americans." 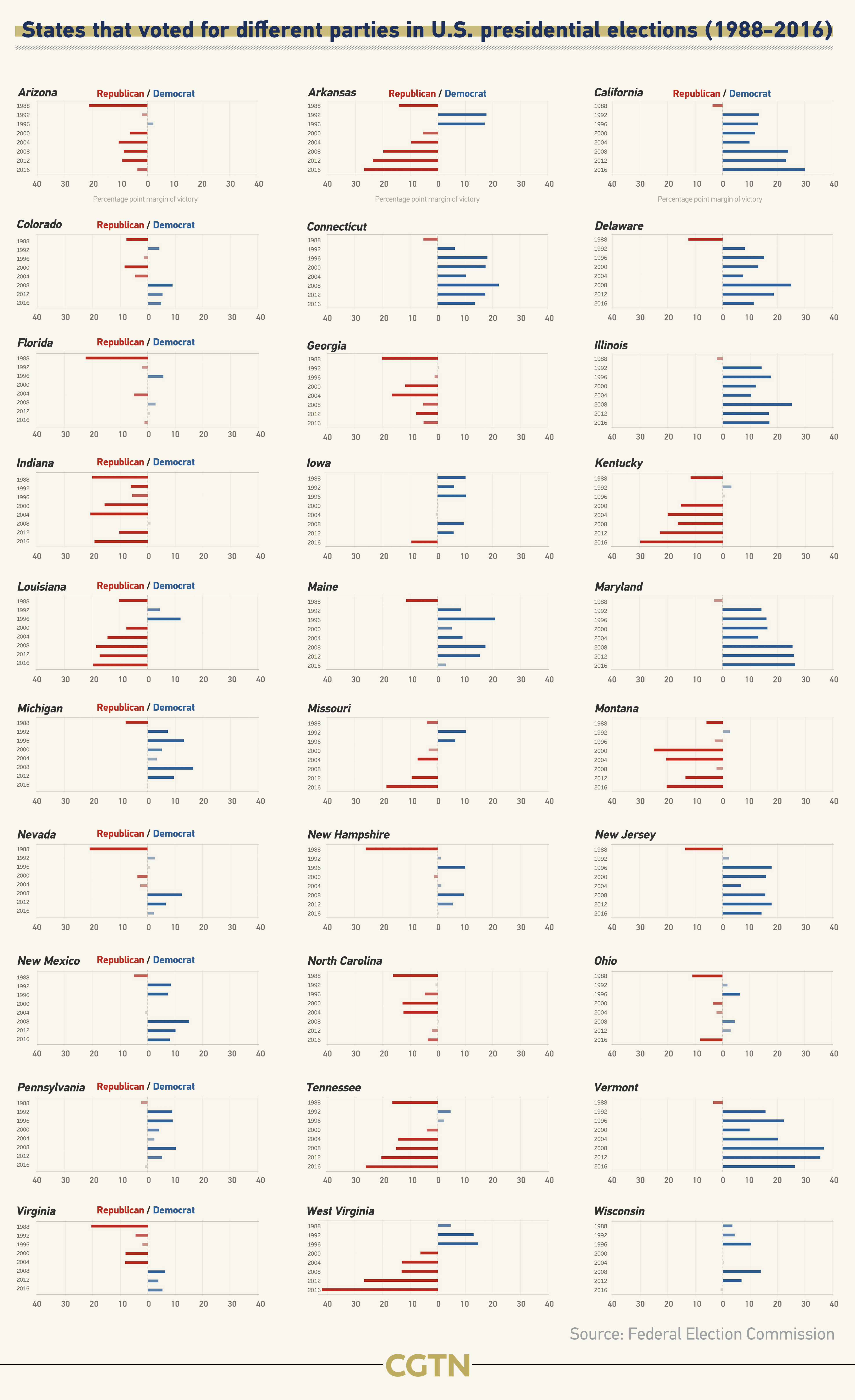 Accompanying the pandemic and its ensuing consequences is social chaos, notably the Black Lives Matter protests sweeping the country. "Most Americans saw the video of the George Floyd murder and sympathized with him and generally with African Americans and broadly with minorities," said Rae, also a Fulbright Scholar in China from 2017 to 2018. That kind of puts President Donald Trump in a gridlock because he can't sympathize so much without losing his white working-class base.

The killing has further exacerbated the grievances of African Americans who are disproportionately afflicted by the coronavirus pandemic. Figures from the U.S. Centers for Disease Control and Prevention show they make up 30 percent of the country's confirmed coronavirus patients.

Talking of Trump's solid voter base, if the economy hadn't been rocked by the virus, Trump would still probably have the confidence in winning these voters rather than really facing an uphill struggle, according to Rae. The traditional Republican message of a strong military and low taxes might still resonate, but that's losing its popularity.

In Rae's analysis, Joe Biden, a relatively conservative Democrat, looks to be a more "middle-of-the-road" choice.

Trump will have a much tougher battle than four years ago due to tectonic demographic shifts and wildcards such as the COVID-19 outbreak and subsequent economic decline. But one defining factor about him is his ability to surprise – so don't count him out just yet.