From 7 to 4,400: The crested ibis conservation success story
Zhao Ying 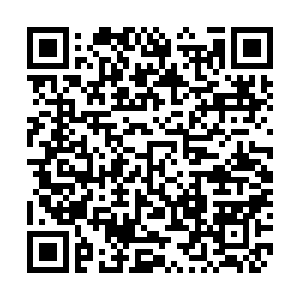 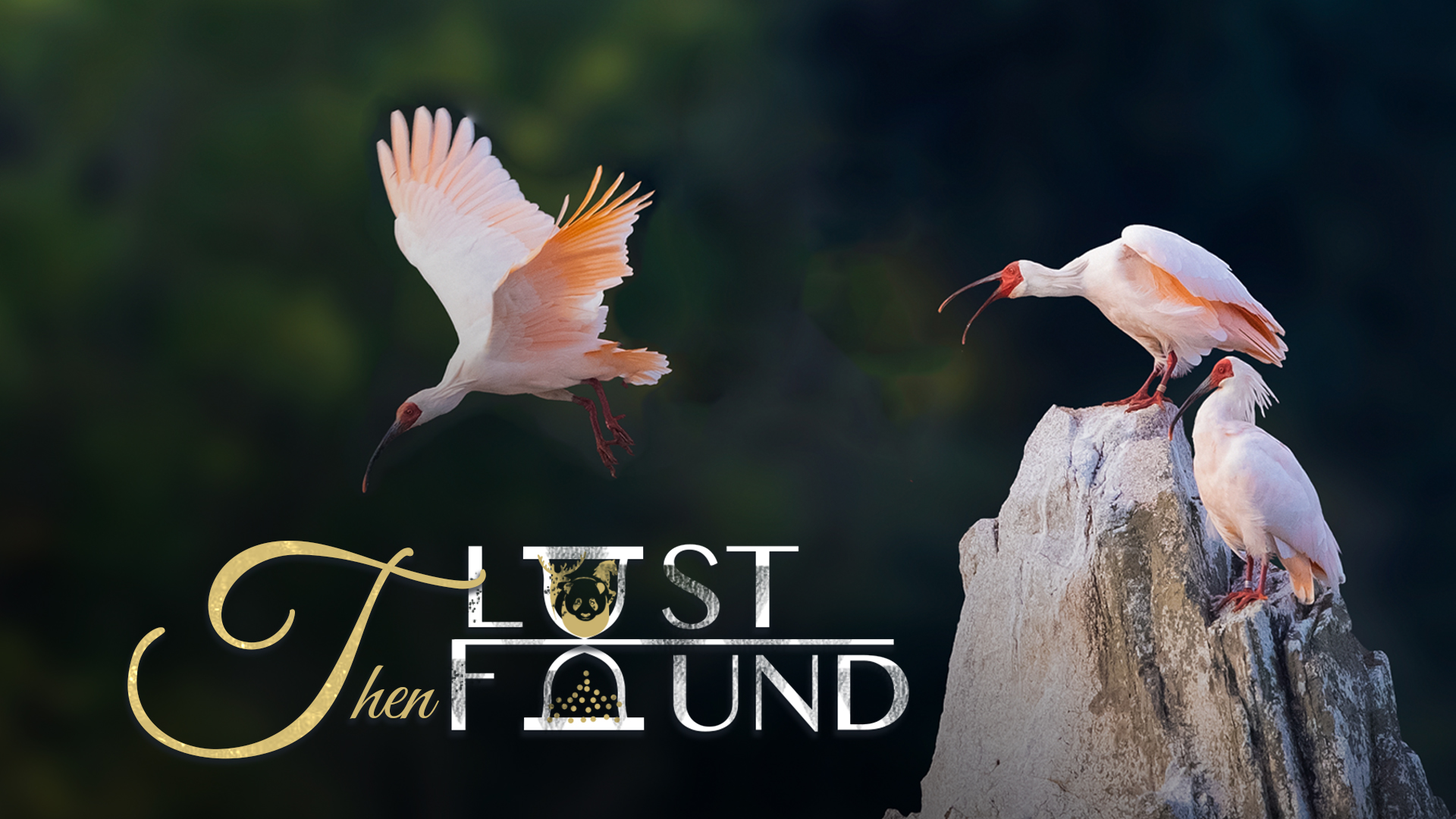 The crested ibis is an elegant bird with a red face and claws. During breeding season, you may notice its white plumage turning grey. The color change is due to a kind of black powdery substance the bird secretes at this special time.

The bird used to be widespread in China, the Korean Peninsula, Japan and Russia. In China, the crested ibis was distributed in 14 provinces, with Shaanxi Province in northwest China one of their biggest habitats.

However, its global population dropped rapidly in the 1960s due to habitat loss and the use of pesticides and fertilizers. Their low fertility and weak capacity against natural enemies further pushed them to the brink of extinction. 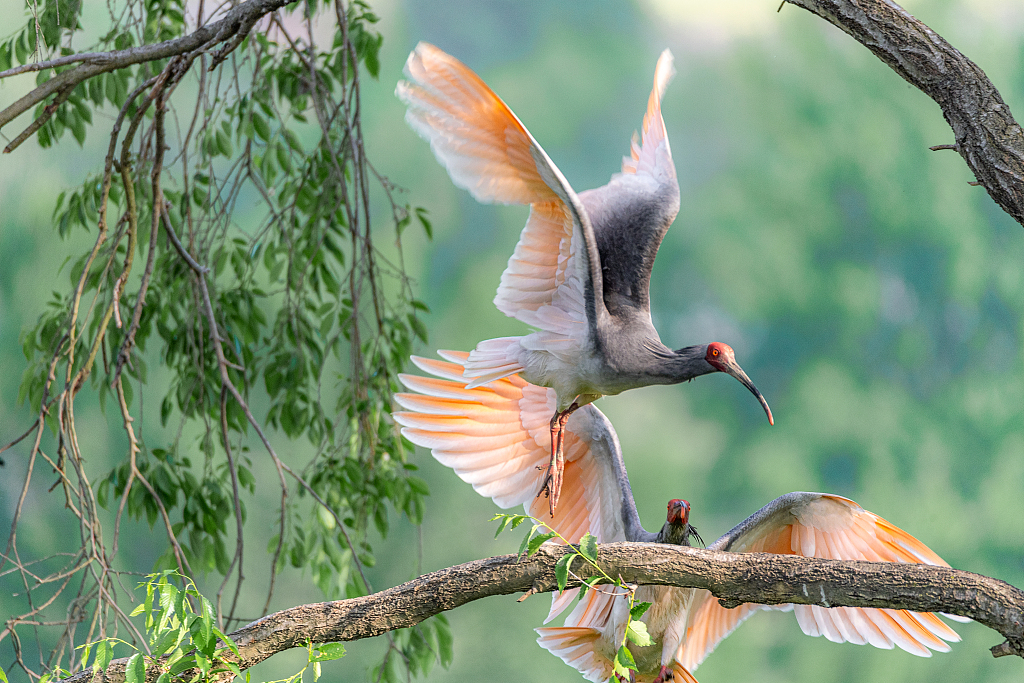 Back in the 1960s and 1970s, scientists thought the chances of bringing back the bird were not great. In 1963, Russia declared the bird extinct in the country and it hasn't been seen on the Korean Peninsula since 1979.

There were only five wild crested ibises left in Japan in 1980. A captive breeding program failed to expand the group and in 2003, Kin, Japan's last crested ibis born in the wild, died. The only hope of saving the bird was left to China.

Although the crested ibis hadn't been recorded by ornithologists in China since 1964, a group of five scientists still decided to trek through the bird's historical habitat across nine provinces in 1978. They made slides of the crested ibis and showed them to local people in cinemas.

Finally, in May 1981, a farmer in Yangxian County, Shaanxi said he had seen the bird and led the group to find the last seven crested ibises in the county, among which there are two couples and three fledglings. 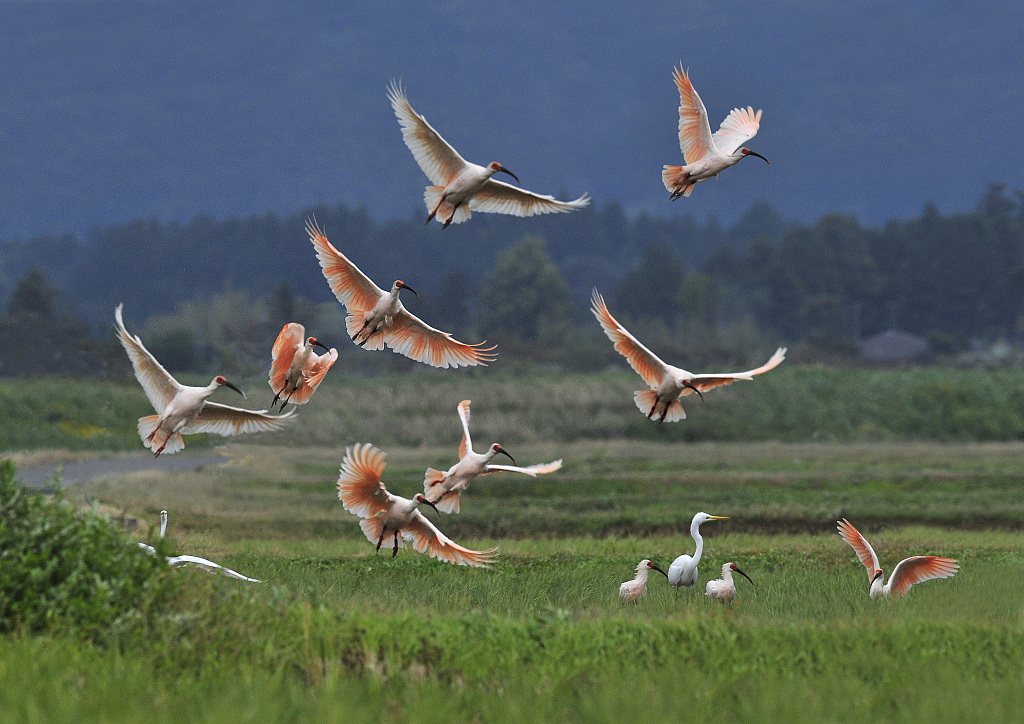 A flock of crested ibises on farmland. /VCG

A flock of crested ibises on farmland. /VCG

Shortly after this exciting discovery, a special group was set up by the local forestry department to protect the bird. The local government also banned hunting, logging, the use of fertilizers and pesticides, and land clearing near their habitat.

From 1993 to 2003, 13 protected areas were built in Shaanxi, Beijing and other places. The success of captive breeding and wild release programs and ameliorated ecological environment enabled the family of the crested ibis to expand.

According to incomplete statistics, its number in China in 2020 has increased to roughly 4,400, with 4,100 located in Shaanxi. Its home range also increased from less than five square kilometers to 15,000. The crested ibis is among several species successfully saved from extinction.

Many species on Earth went extinct because of environmental changes, evolutionary problems, habitat loss, or human activities. The disappearance of species from Earth is ongoing, but some species are lucky to have survived, thanks to conservation efforts. In this series, CGTN will guide you through the journey of saving these creatures from extinction.

The return of wild giant pandas

How to help captive giant pandas return into the wild?

From 8 to 600: A long journey of breeding giant pandas