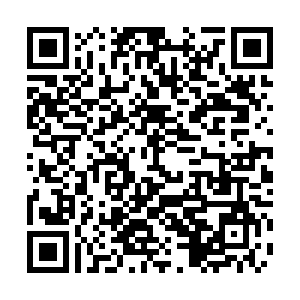 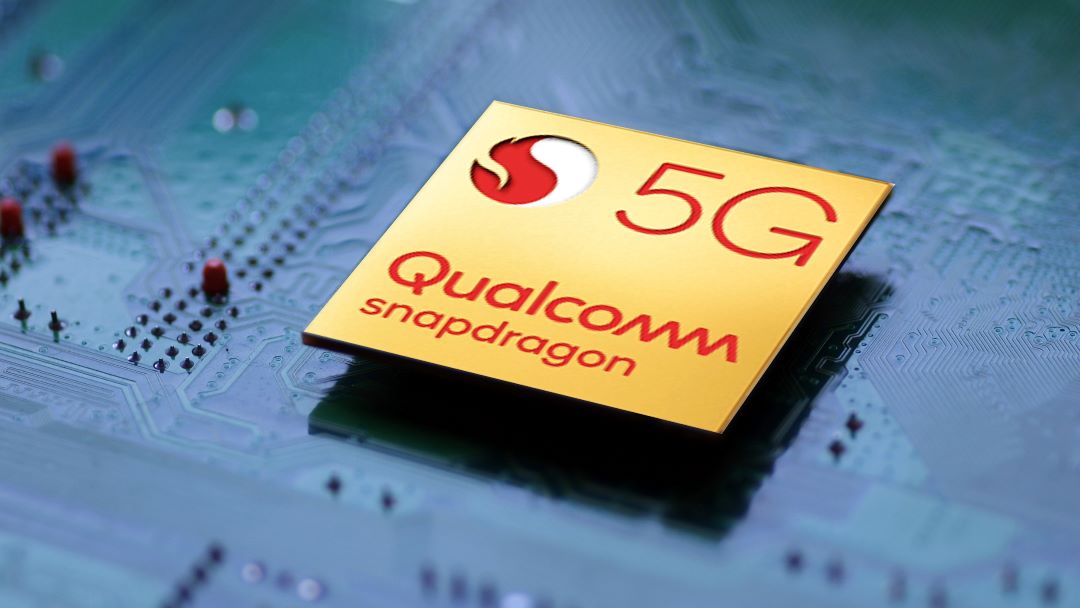 Qualcomm jumped as much as 13 percent after hours on Wednesday as the company's fiscal third-quarter earnings beat expectations and it announced a long-term patent agreement with Huawei.

Qualcomm, which sells smartphone chips and licenses critical patents on 5G technology, announced it entered into a long-term patent agreement with Huawei this month, adding that it expects to record 1.8 billion U.S. dollars in settlement payments from the tech giant in the fiscal quarter ending in September.

The company said it expected 5G handset shipments would be 15 percent lower year over year in the fourth fiscal quarter, citing a launch delay from one of its customers. It expects to ship between 175 million and 225 million 5G handsets this year.

Various headwinds are facing the semiconductor giant, including tensions raging between the world's two largest economies and a pandemic.

China is one of the most important markets for Qualcomm, but uncertainties in trade policies have prompted Chinese tech companies to turn to domestic companies for chips they used to import.

Notably, Huawei's chip subsidiary HiSilicon ranked 10th for global semiconductor sales in the first quarter of 2020. This is the first time that a Chinese company has entered the top 10 ranking. 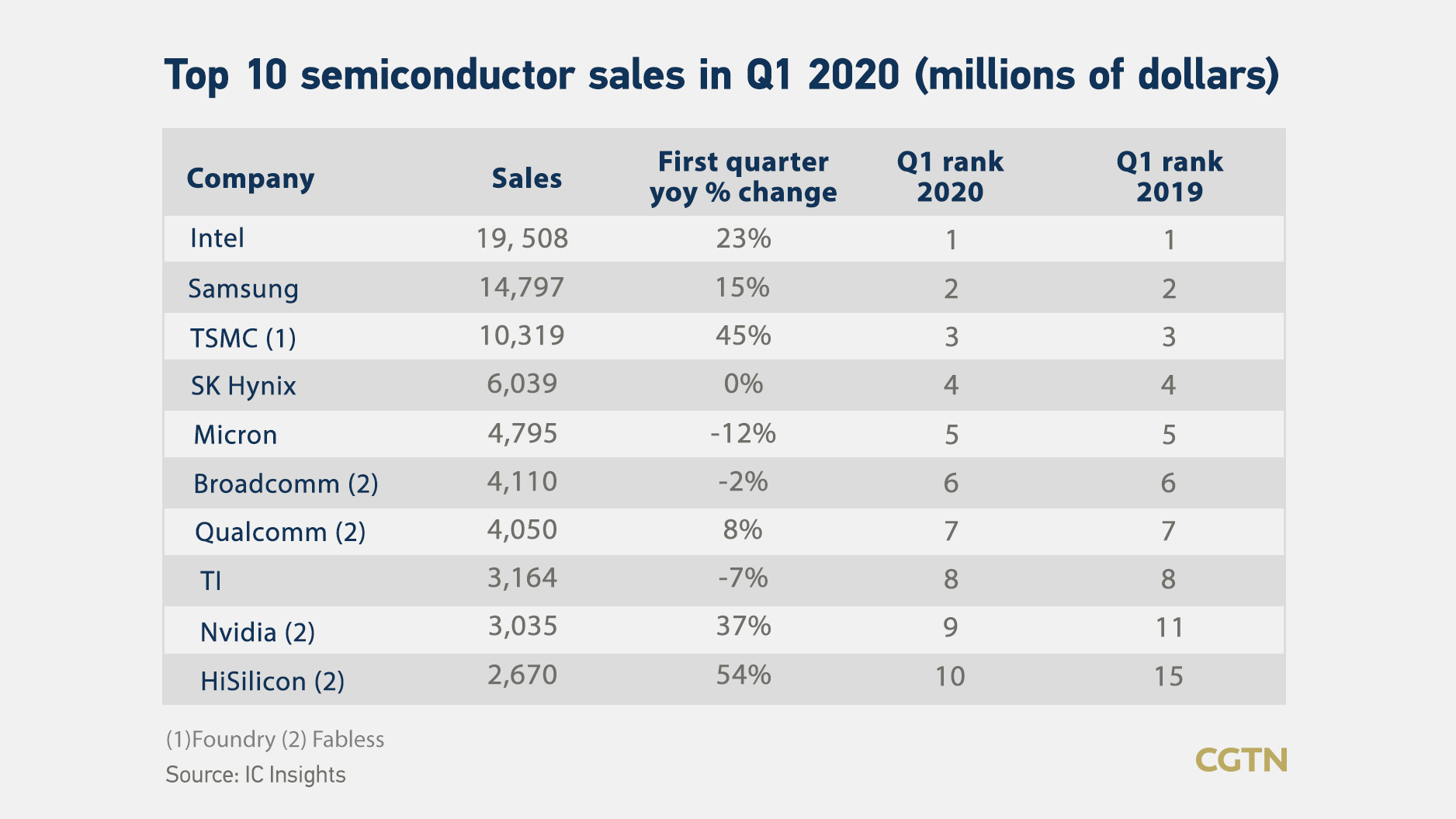 The firm's shipments gave them 43.9 percent market share in the smartphone SoC sector in the first quarter, overtaking Qualcomm for the first time. The latter has seen its market share erode by 15 percentage points to 32.8 percent.

HiSilicon's market share rose more than 12 percent in 2019, taking up a 36.5 percent chunk. In comparison, Qualcomm's market share has been in decline, dropping from 48.1 percent in the first quarter of 2019 to 37.8 percent at the year end. 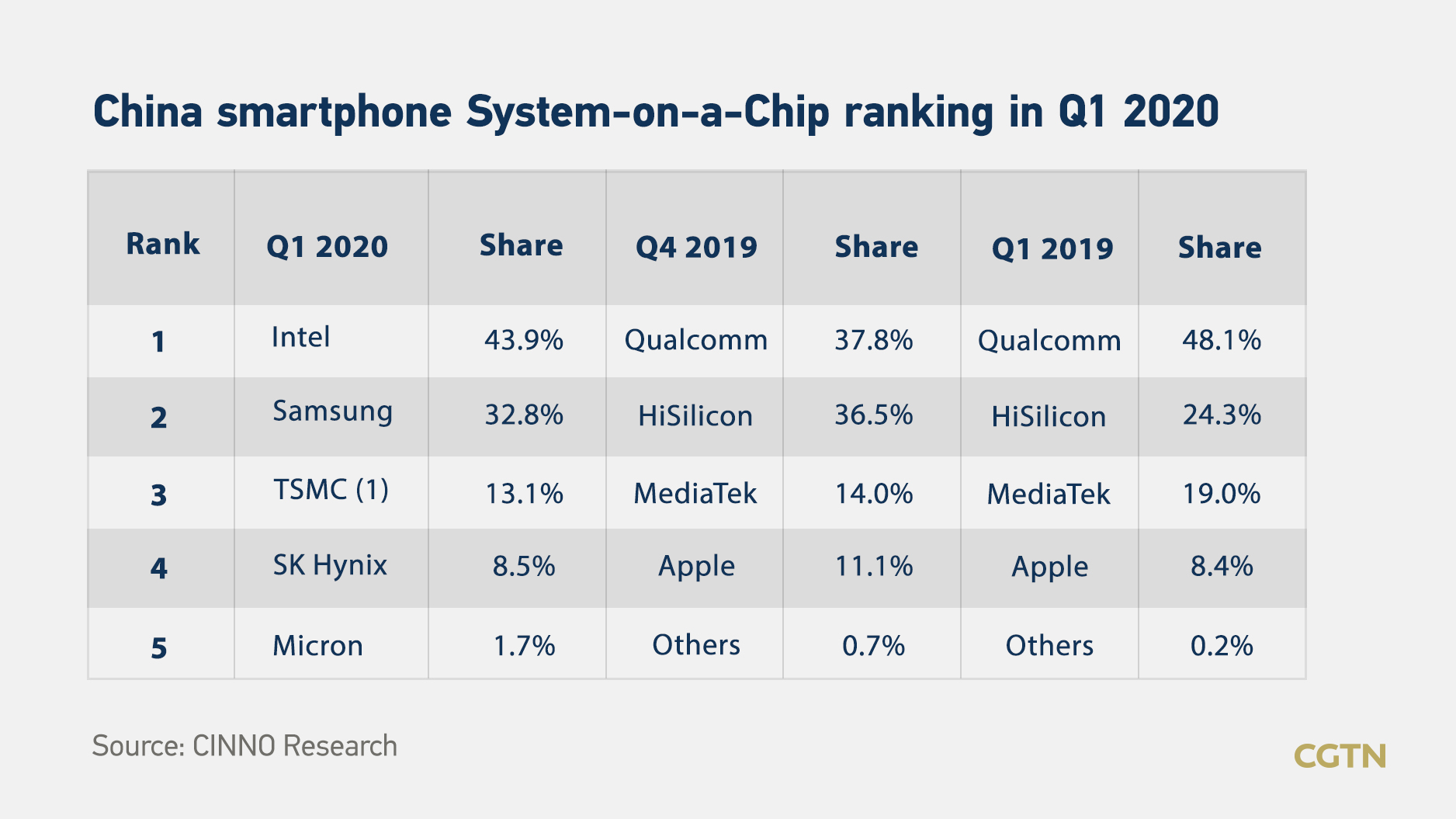 However, one expert cautioned that it is not enough to rely on enterprises for funding alone, support from central and local governments is also required as investment in research and development should not be short-term or provided in intervals.

Wei Shaojun, director of the Institute of Microelectronics at Tsinghua University, said at the World Artificial Intelligence Conference earlier this month the problem with the development of the domestic semiconductor industry is that capital and technology have not yet formed a two-wheel drive.

He added that, at present, the capital investment into China's semiconductor sector has been sustained and stable from a large national fund, but investment in research and development is still far from sufficient.

Semiconductors rank as the fifth largest U.S. export by value, but the 25 percent tariff imposed on Chinese goods in 2018 has hurt the sector hard, according to Devi Keller, director of global policy at the Semiconductor Industry Association (SIA). She elaborated that 60 percent of U.S. semiconductor imports from China are originally made in the U.S., distributed through global supply chains and imported by U.S. companies for themselves. 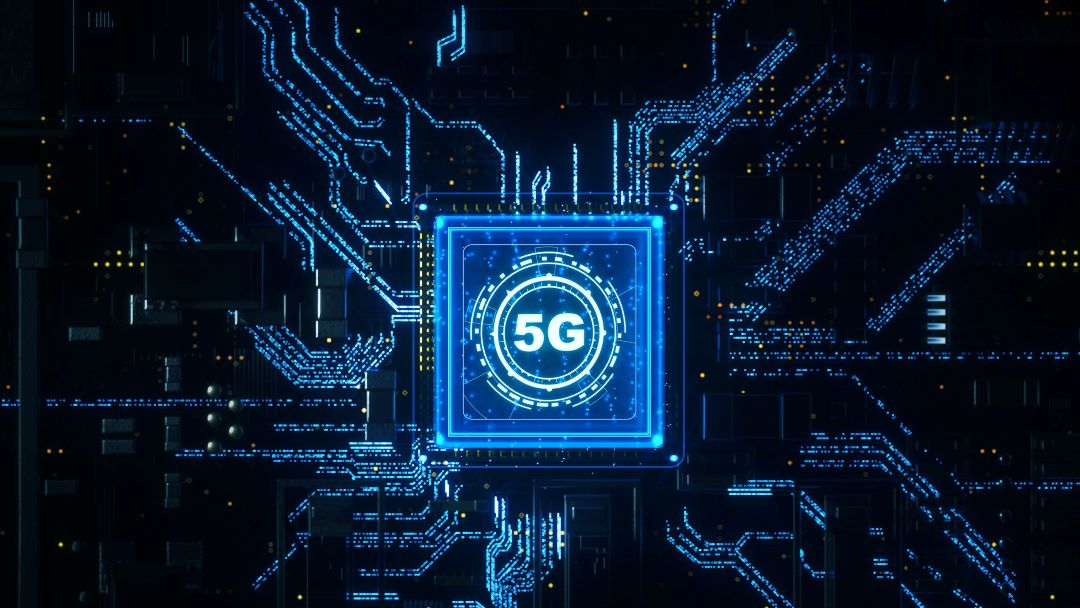 Keller warned that tariffs will only serve to "further erode America's manufacturing base."

Apart from tariffs, the U.S. is also directly targeting companies. It added Chinese tech giant Huawei to its Entity List last May, since then, more companies and institutions have been added to the blacklist as the U.S. embarks on cutting its tech ties with China.

Lack of access to the Chinese market could significantly hinder the sector, Falan Yinug, director of industry statistics and economic policy at SIA, warned in a June report.

He also cautioned that the U.S. is falling behind in semiconductor manufacturing capacity growth, referring to the country's share of production capacity falling from 37 percent in 1990 to 12 percent today. All six of the new semiconductor manufacturers that opened globally in 2019 were outside the U.S., among which four are located in China. SIA projected China will hold a 28 percent share of global chip production by 2030, the largest in the world.