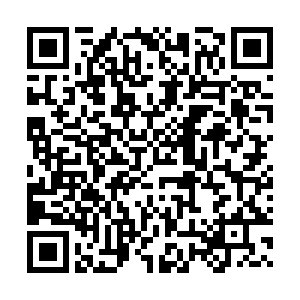 Chinese President Xi Jinping said on Tuesday that China has a "strong determination, firm will and solid national strength" to deal with challenges aimd a coronavirus pandemic, boosting confidence for Chinese economic recovery in the second half of 2020.

Xi, also general secretary of the Communist Party of China (CPC) Central Committee, made the remarks at a symposium attended by the Party's leaders and non-CPC personages in Beijing.

The symposium came a day ahead of a key CPC economy meeting that outlined the country's economic tasks and plans for the second half of the year.

China outlines economic and development plan for second half of 2020

Tuesday's meeting was to collect opinions and suggestions on the current economic situation and economic work in the later half of the year from non-CPC personages.

Xi said we must "pool powerful strength to advance reform and development, and overcome various risks and challenges... We have strong determination, firm will and solid national strength to deal with these challenges. We have sufficient confidence, ability and wisdom to overcome all kinds of risks and tests. No country or individual can stop the historical pace of the great rejuvenation of the Chinese nation."

Among those non-CPC personages who spoke at the meeting were heads of the central committees of eight non-Communist parties and the All-China Federation of Industry and Commerce, as well as a representative of personages without party affiliations.

They agreed with the CPC Central Committee's analysis of the current economic situation and considerations for economic work in the year's second half.

They made suggestions on the economy, which Xi said, were well-targeted and would be seriously considered by the CPC Central Committee.

Xi said that he hoped all non-CPC personages would view the difficulties and challenges in economic development in a comprehensive, dialectical and developmental perspective, give full play to their respective advantages, and properly handle challenges from home and abroad.

The non-CPC personages made huge contributions in the prevention and control of the coronavirus, Xi said.

They resolutely implemented the decisions of the CPC Central Committee and guided people to devote themselves to medical assistance, scientific research, donations and work resumption, he added.

As the epidemic prevention and control in China has become stable and the economic operation has basically recovered, Xi said China should take advantage of the favorable situation in the second half of the year and consolidate the achievements to make up for the losses seen in the first half.

While sticking to the supply-side structural reform as the main line, and firmly grasping the strategic basis of expanding domestic demand, Xi said China shall vigorously protect and spur the vitality of market entities.

He called for greater efforts to push forward the reform and opening-up, promote high-quality economic development, do weel in ensuring people's livelihoods and flood relief, maintain social stability and strive to achieve this year's economic and social development goals.