Exclusive with Afghan diplomat: Afghanistan struggles amid virus and violence
By Wang Xiaonan 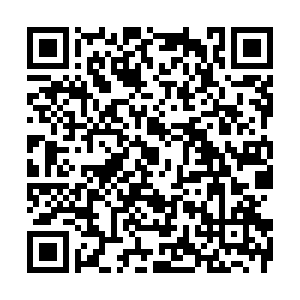 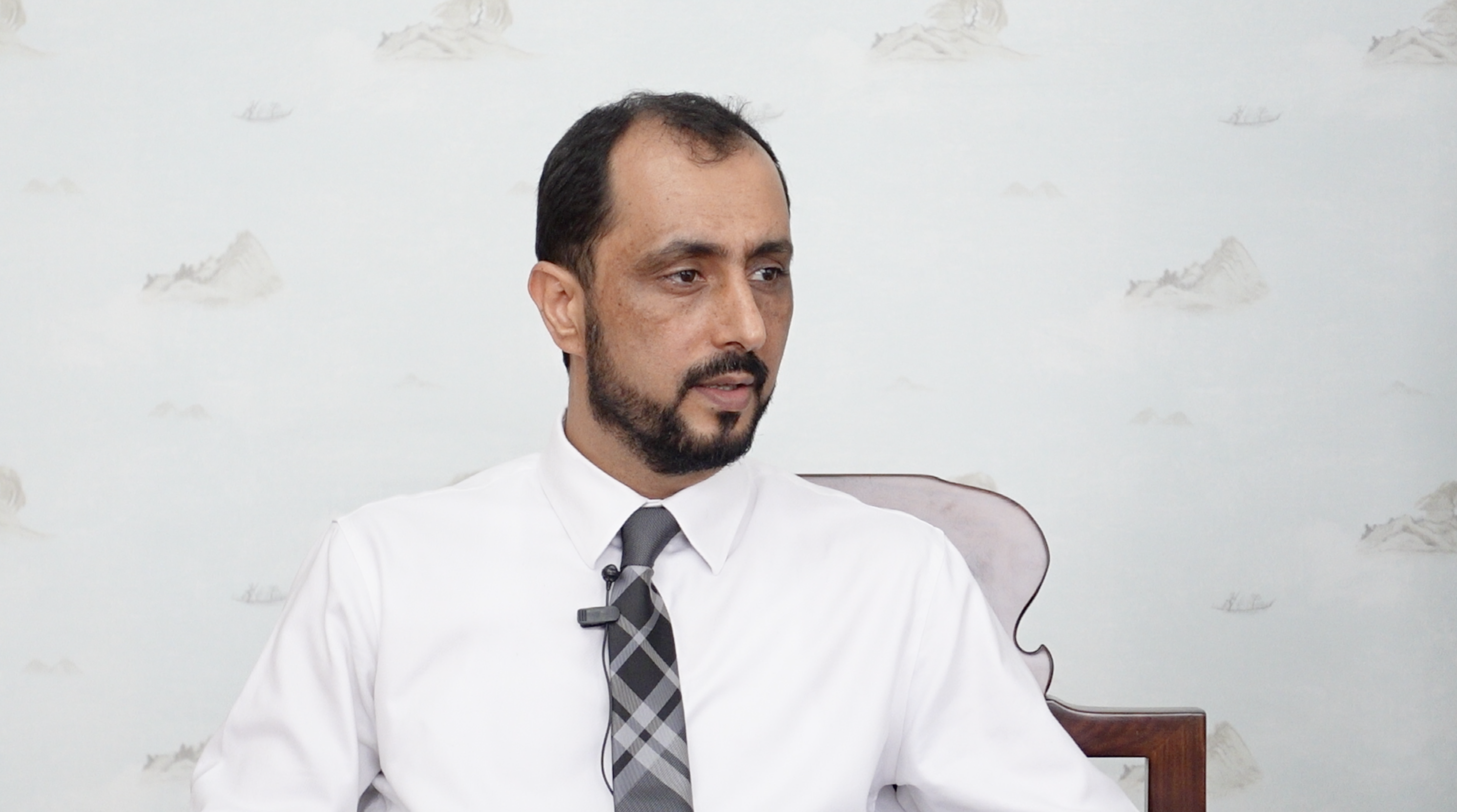 Even though countries and regions around the world are suffering from the COVID-19 pandemic, poor countries such as Afghanistan are hit especially hard as it is ravaged by the virus as well as violence.

CGTN's Wang Xiaonan talked to Javid Ahmad Qaem (Qaem), Afghanistan's ambassador to China, about the dividends of peace in Afghanistan to the region, the country's tough journey toward stability, China-Afghanistan cooperation, and how the Afghan government is helping families in times of crisis.

The following conversation has been edited for clarity.

CGTN: What's the role of Afghanistan in regional peace and security given its location at the crossroads of Central and South Asia?

Afghanistan is a young society. Figures show that over 60 percent of Afghans are young people. In a word, we are speaking where a lot of countries have that dilemma, where they don't have that labor. Afghanistan is just here in the region; human resources could be utilized in the region.

On the energy sector, Afghanistan enjoys 300 sunny days every year, it's a huge reserve for clean energy. If we invest a little bit more in this sector, there'll be a lot of energy for the region, transport energy from part of Asia to the other, and it will have its own capacity to generate energy.

CGTN: Could you describe for me Afghanistan's journey toward peace and its progress so far?

Qaem: People have been longing for peace for a long, long time.

They would transform peace talks into a national debate and that's what they really did. Then there was a big milestone when a couple of years ago, when we reached a peace agreement with Hezb-i-Islami, which was one faction that was fighting against the government. So that was a big milestone and achievement for the government. Later on the talks started with the Taliban as well. We bring them in and they become part of the Afghan government as well.

CGTN: What can China do to facilitate Afghanistan's journey toward stability and prosperity?

Qaem: It's going on for a long time that the U.S. has been looking forward to having a proper political settlement of Afghanistan. We hope this can go on and we'll continue talking with Taliban.

First of all, I'd like to thank China and the Chinese government – they've been a very good partner in the past years, politically and also in training students on the cultural side and trade. But I think China, as we all know, is a major player in the region and can do much in the peace process.

One of the advantages that China has in building the peace process is that China has a good relationship with many countries in the region that somehow are involved in the events that are happening in Afghanistan, so China can play a big role in the confidence building between Afghanistan and all those other countries.

Regarding post-peace, China will be very much important because we'll then be looking forward to more trade and more friendly relations.

CGTN: In what other areas could Afghanistan and China cooperate? Could you elaborate on the progress of the Belt and Road Initiative (BRI) and the development of the Eurasian continent?

Qaem: China and Afghanistan enjoy a shared history of many, many years because these two countries have been on the Silk Road doing trade with each other. So there's a huge history behind us, some part of which can still survive. We can exchange our students, our people. Most importantly, we can do more trade. Our current trade is more than one billion (U.S.) dollars, and it's a very small amount. Afghanistan enjoys a huge amount of agricultural products, and they can bring them here to China to sell. We can some fantastic handicrafts. The carpet here is one of them.

In addition to that, Afghanistan is located in a place that can enhance regional connectivity – that's another area that China and Afghanistan can work together.

We believe our value is added as a country when we have a stronger regional connectivity because we're located in the crossroads there.

We are part of the BRI family and signed the agreement in 2015. Unfortunately, we have not seen much happening practically on the ground. We can hardly invest in infrastructure by ourselves, and we need others to help. We've started a five-way railroad between Afghanistan and other Central Asian countries. There's another infrastructural railroad that was on the way with three countries in Central Asia. I'm hopeful that when the peace talks end, we can do some more practical steps on the BRI.

CGTN: How has the novel coronavirus pandemic affected the Afghan people, in particular those living under the poverty line?

Qaem: Very badly. Our official figures are somewhere 36,000 people infected but we know that the real numbers are much higher. We don't have enough testing capacity and people just don't come to get registered to test. It's still a taboo for people to go to hospital if they get infected with COVID-19. In addition to that, it's a national health issue and a huge economic issue for us. We are a young society and many of our people are engaged in agriculture or day-to-day labor. So if we have the lockdown, it would affect them mostly.

The government worked out initiatives to support them, like free distribution of bread to the needy families. There're a couple of other initiatives on the way as well.  But we are seriously looking forward to the region to do more trade, especially with China. In the post-COVID-19 era, the economic recovery would be very urgent, so we need more trade.

CGTN: What steps will the government take in developing the economy, improving the well-being of its people, and bridging the gap of inequalities after stability is achieved?

Qaem: We have a very good lockdown until two months ago because then there was Ramadan and at the end of Ramadan on the Islamic calendar we had the celebration of Eid al-Fitr. In that celebration, people went to each other's families and it was difficult to contain.

But the government is taking strong actions. Most offices are closed, schools remain closed, some offices operate on alternative days, and there's a lot of campaign for wearing masks and washing hands. The hospital capacity is increased. Let me also thank the Chinese people and the Chinese government for providing us with medical equipment and testing kits. In addition, the Afghan government is allocating public areas to be used as isolation wards and centers for patients.

These are being taken, but it's not easy for a poor country, a poor government to do a lot. It's stuck somewhere between economic activity and COVID-19 lockdown. Some of these measures are successful to some extent until the Eid celebration. Unfortunately a month ago, we had a lot of incidents, a lot of deaths as well. In the past 10 days, it seems that the incidence is also decreasing and the number of deaths is decreasing substantially, which is a very good sign and we're happy that it's a good sign that at least we're out of the peak of COVID-19.

For overall development, we will have a big donor conference in November in Geneva. Afghanistan has already prepared its documents and is ready to go to that conference. We are very hopeful that we will be able to secure development grants and also promises from the international donors for the coming five years of 2021 to 2025, even to 2030. That's what the government is now seriously working on – to make a framework, and then convince the international partners.

Other than that, our biggest job would be to do trade because as I said, many of our people are engaged in businesses and agricultural products. Now we are selling our agricultural products to Pakistan and India and somehow to Middle Eastern countries, and one part of that comes to China. So we are looking more to be able to do more trade specifically with China. We are engaged with our Chinese counterparts here to see how we can facilitate more trade with them and bring more Afghan products to the markets. That would be a huge step. As I said, we are doing a business of more than a billion. For the Chinese market, if you increase one billion more it would not be a big thing here, it's a small amount. But one billion more in Afghanistan would change the lives of many people. So one billion would be a major milestone for Afghanistan to achieve.

There would be programs developed specifically to target specific groups of people who are very needy or regions that are hit severely by COVID-19, issues such as the economy and hunger.