AfPak: From a derisive U.S. term to a hopeful CPEC+ concept
Andrew Korybko 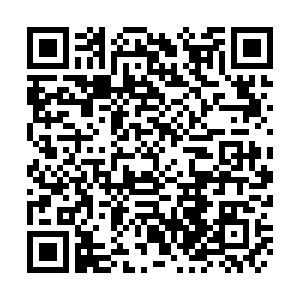 The Chinese and Pakistani flags wave above a sign along a road towards Gwadar, Pakistan, January 26, 2016. (Reuters)

The Chinese and Pakistani flags wave above a sign along a road towards Gwadar, Pakistan, January 26, 2016. (Reuters)

Chinese Ambassador to Pakistan Yao Jing said during an exclusive interview with Geo News on Monday that the China-Pakistan Economic Corridor (CPEC), the flagship project of his country's Belt & Road Initiative (BRI), could turn Pakistan into a hub of regional connectivity and trade. More specifically, he suggested that "a railway from Gwadar to Kandahar will be a very beneficial route for trade and transportation" between the fraternal Pakistani and Afghan nations.

This isn't the first time that a third country thought of those two as part of the same strategic space since it was actually the U.S. which popularized this idea after the onset of its so-called "Global War on Terror."

Collectively referring to them as "AfPak," America perceived them as an integrated theater for fighting the Taliban and other groups that it regards as terrorists. This term has since taken on a derisive meaning since it was exploited to justify human rights abuses against their people and other violations of international law.

China, however, has the chance to rebrand AfPak into something positive through its CPEC+ concept. Ambassador Yao understands the geostrategic importance of Pakistan and its potential to serve as a platform for trans-regional integration projects.

I wrote about this in my first article for CGTN back in April 2019 about how "CPEC+ is the key to achieving regional integration goals," where I predicted that CPEC would expand along the northern vector (N-CPEC+) to Central Asia and Russia via Afghanistan.

This vision makes perfect strategic sense since the same socio-cultural and economic commonalities that the U.S. believed made Afghanistan and Pakistan a single theater in its "Global War on Terror" are being used by China as the basis to comprehensively improve their connectivity through the Belt and Road Initiative (BRI).

Instead of carrying out air raids against them like the U.S. does in terrorizing their people, China wants to construct a railroad that could open up economic opportunities and thus directly improve their living standards. A Pakistani woman works at the construction site of Multan-Sukkur Motorway under the China-Pakistan Economic Corridor in Pakistan on March 12, 2019. /Xinhua

A Pakistani woman works at the construction site of Multan-Sukkur Motorway under the China-Pakistan Economic Corridor in Pakistan on March 12, 2019. /Xinhua

The word "AfPak" might no longer send chills down Afghans' and Pakistanis' spines like it currently does whenever they hear it, but might one day soon inspire optimism in their hearts if Ambassador Yao's N-CPEC+ vision of a Gwandar-Kandahar railway enters into fruition.

While the U.S. tries in vain to aggressively stop inevitable regional integration trends through its deadly divide-and-rule AfPak military plans, China seeks to facilitate such trends through its own peaceful AfPak-related BRI plans as embodied by that proposed project.

It wouldn't just be Afghanistan and Pakistan that would benefit from that Chinese-pioneered trade corridor, but also their fellow Shanghai Cooperation Organization (SCO) partners. This new North-South vector of Eurasian integration complements Moscow's Greater Eurasian Partnership by advancing its goal of super continental cooperation. It also opens up all the participating countries' economies to the countless opportunities available to them in the Indian Ocean, thus facilitating their strategic outreaches to this increasingly important region.

In fact, President Putin proposed something very similar while speaking at the Valdai Club, one of Russia's top think tanks, last October. Describing his country's North-South integration plans, he said that there is one more prospective route, the Arctic – Siberia – Asia.

The idea is to connect ports along the Northern Sea Route with ports of the Pacific and Indian oceans via roads in East Siberia and central Eurasia.

As the U.S. continues to gradually withdraw from Afghanistan and the country slowly crawls towards a political solution to its long-running conflict, it's time to brainstorm the best way to ensure peace, stability, and economic development in that war-torn country.

Ambassador Yao's Gwadar-Kandahar rail proposal can accomplish all three goals by making every Afghan and their regional partners stakeholders in this project out of their shared interests in seeing it succeed, which could turn it into a platform for reconciliation and recovery.