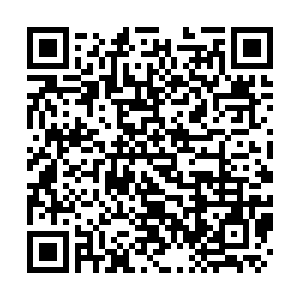 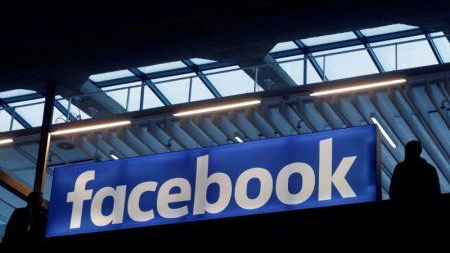 Twitter said on Wednesday it had restricted President Donald Trump's campaign from tweeting for its false claims about the coronavirus in a post, which came hours later that Facebook removed a video post from the page of Trump over "harmful COVID misinformation."

Both have removed the post containing a video clip of an interview the president gave to Fox News on Wednesday morning. Trump claimed in the video that children are being almost immune to the virus.

"Children handle it very well," he told reporters. "If you look at the numbers, in terms of mortality, fatalities ... for children under a certain age ... their immune systems are very, very strong and very powerful. They seem to be able to handle it very well and that's according to every statistical claim."

The Twitter by the Trump campaign had been shared from the president's main account and the video is no longer available on both accounts, suggesting the campaign had complied with the order and removed the video.

In response to the takedown, Courtney Parella, a spokesperson for the Trump campaign criticized Silicon Valley for being biased against Trump, saying "social media companies are not the arbiters of truth." 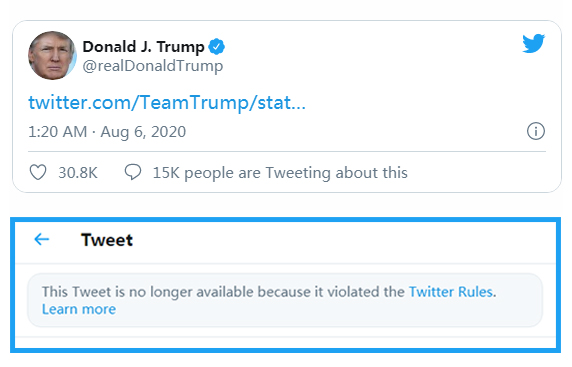 The White House did not immediately respond to a request for comment.

So far, the U.S. has reported nearly five million confirmed coronavirus cases, a quarter of the worldwide total, and over 161,000 deaths.

The Centers for Disease Control and Prevention (CDC) has said that while adults make up most of the known COVID-19 cases to date, some children and infants have been sick with the disease and they can also transmit it to others.

A study made by the Science journal has shown that children under age 14 are between one-third and one-half as likely as adults to contract the virus.

An example that can directly proves scientists' claims is the fact that hundreds of children, who ranged in age from six to 19, contracted the coronavirus at just one summer camp in the U.S. state of Georgia last month.

According to local health authorities, the virus infected at least 260 of the 597 attendees as of August 1, and they added that the true number was probably higher since test results were only available for 58 percent of the group.

Trump has been pressing schools to reopen and has threatened to withhold federal funds from school districts if they don't reopen. Education groups criticized that the president is playing politics with education and people's lives.