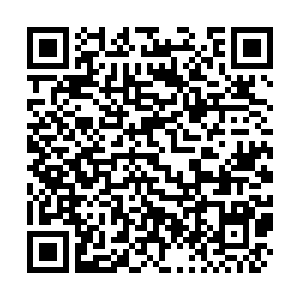 China's Foreign Ministry on Monday said that it firmly opposes executive orders announced by U.S. President Donald Trump that threaten to ban video-sharing app TikTok's business in the United States, saying the actions of the U.S. authorities run counter to the basic principles of a free market economy and violate rules of the World Trade Organization.

China urged the U.S. to stop using political weapons to suppress Chinese companies and implement discriminatory restrictions, heed the rational call at home and abroad for correcting its mistakes, and provide a fair, just and non-discriminatory environment for all companies.

China will defend the legitimate rights and interests of Chinese businesses, Foreign Ministry spokesperson Zhao Lijian told a daily media briefing, when asked about recent report from the CIA indicating that the Chinese government has not accessed American user data from the video-sharing app TikTok.

"The U.S. side has put selfish interests above market principle and international rules, and willfully resorted to political manipulation and oppression, which will only end up with its demoralization. It violates basic norms of international relations, and all this will boomerang," said Zhao.

A recent report from the CIA indicates that the Chinese government has not accessed American user data from the video-sharing app TikTok.

According to The New York Times, CIA analysts told the White House that, though it is possible for Chinese officials to obtain data from users of the app, which is owned by Beijing-based ByteDance, there is "no evidence" that China has done so.

The CIA assessment is the latest development in a long series of efforts made by American officials to distance Chinese tech firms from U.S. users over national security concerns.

TikTok will file a federal lawsuit as soon as Tuesday, challenging the U.S. president's executive order banning the video-sharing app in the United States.

Last week, Secretary of State Mike Pompeo has unveiled a U.S. plan to crack down on Chinese apps and services. Dubbed the "Clean Network," the program would block "untrusted" Chinese apps from app stores.

However, experts have found that TikTok collects data in a similar manner to U.S. firms such as Facebook.

Looking away from the assessment from his own intelligence community, President Trump still moved forward with an executive order late Thursday barring U.S. companies from "any transactions" with ByteDance.

The order argues TikTok "continues to threaten the national security, foreign policy, and economy of the United States" and will go into effect on September 20.