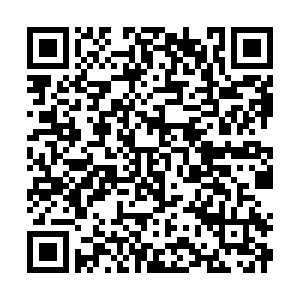 TikTok is planning to sue the Trump administration, challenging the U.S. president's executive order banning the video-sharing app in the United States, according to NPR.

TikTok will file the federal lawsuit as soon as Tuesday, the outlet said, citing a person "who was directly involved in the forthcoming suit but was not authorized to speak for the company."

NPR reported that the lawsuit will argue Trump's action is unconstitutional because it didn't give the company a chance to respond. TikTok also alleges that the administration's national security justification for the order is baseless, according to the source.

Trump has said that TikTok must find a buyer for its U.S. operations by September 15 or face a ban. He issued an executive order on Thursday that would bar people in the U.S. from transactions with the Chinese owners of messaging app WeChat and short video app TikTok .

It came as the Trump administration stepped up efforts to purge what it calls "untrusted" Chinese apps from U.S. digital networks and called the them "significant threats."

After that, ByteDance Ltd., TikTok's parent company, said in a statement that it is "shocked" by Trump's move, adding that, in the past year, it kept seeking communications with the U.S. side and offering constructive resolutions to relieve their concerns.

The company said the U.S. government has ignored facts and violated due process of law over the signing of an executive order to bar all transactions with the company.

The executive order will jeopardize global businesses' trust in the U.S.' commitment to the rule of law, ByteDance said in the statement, adding that it will take legal action if the U.S. government does not treat the company fairly.

"We will pursue all remedies available to us in order to ensure that the rule of law is not discarded and that our company and our users are treated fairly – if not by the Administration, then by the U.S. courts."

Facing Trump's executive order and the selling decision of the Committee on Foreign Investment in the United States (CFIUS), TikTok was forced to sit in discussions with MicroSoft Corp, which is seen as the front-runner in bidding for the app's U.S. operations.

Twitter also reportedly has had preliminary negotiations with TikTok about a potential combination on Sunday.