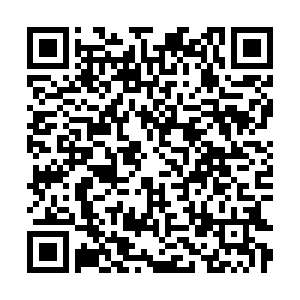 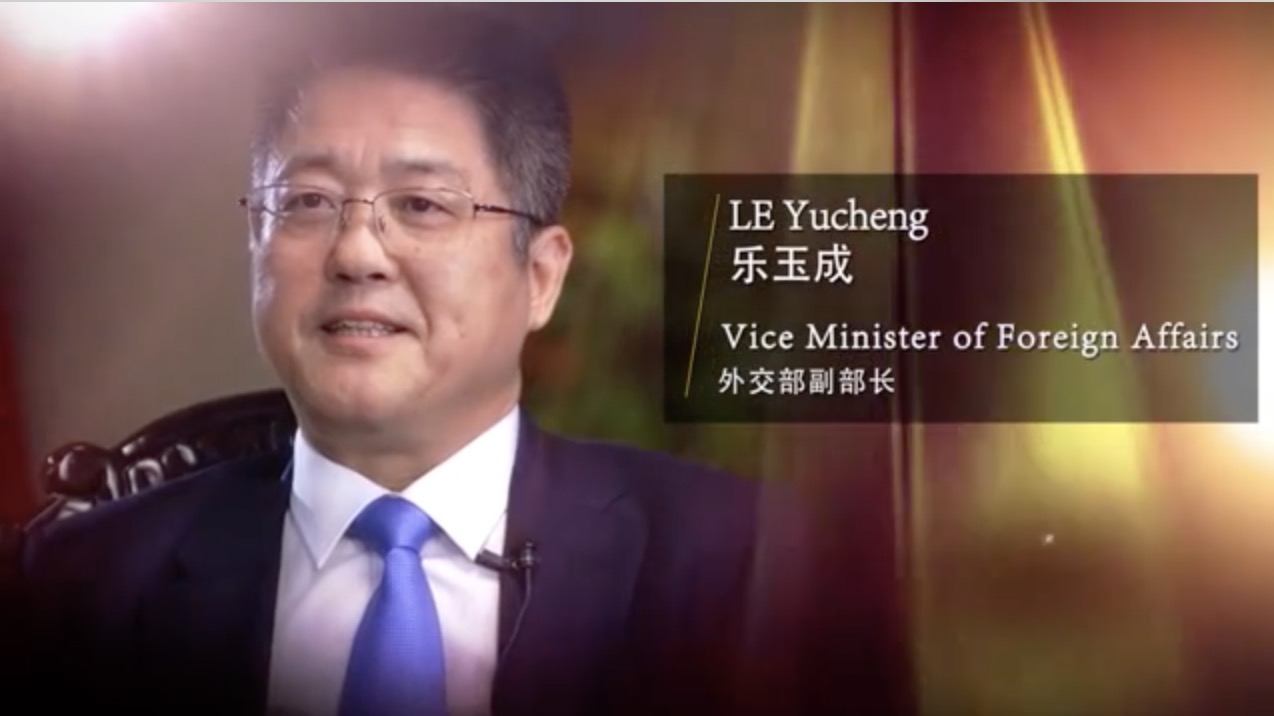 Chinese Vice Foreign Minister Le Yucheng on Tuesday warned against the Cold War mentality and urged China and the U.S. to focus on communication and cooperation.

Le made the remarks in an interview with Guancha.cn during which he shared his opinions on the current state of China-U.S. relations, politicians' recent attacks on China, Washington's suppression of Chinese companies and the growing U.S. opposition to globalization.

'No to the New Cold War'

Le refuted attacks on China made by some U.S. lawmakers, saying "lie readily" and "break the law habitually" are features of such politicians. They ignored basic facts and smeared China with lies, he added.

"The United States rebuilt China and China wants to rule the United States … These assertions are so fictional and preposterous that they cannot even deceive little kids."

According to Le, the intention of these American politicians is to contain China by stoking ideological confrontation and reviving the Cold War in the 21st century.

Le warned of the dangers of a tide of anti-communism and the hyping up of the so-called "red menace," which threatened the personal security of Chinese scientists, professors and scholars of Chinese descent in the United States.

The Cold War has long gone and the U.S. approach is rejected by the majority of the countries, Le stressed, adding such an old-fashioned mentality leads bilateral relations nowhere. 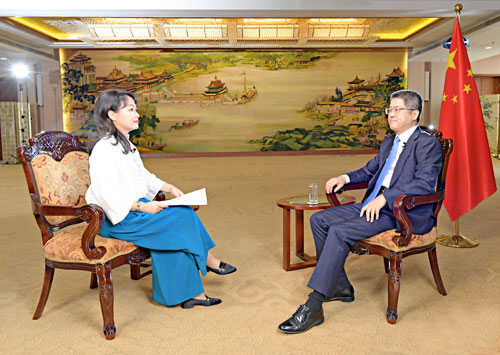 The vice foreign minister strongly condemned U.S. suppression of Chinese companies, saying the threats to ban TikTok and WeChat are not "art of the deal" but "sheer gangster logic and daylight robbery."

Stressing TikTok is simply a platform for Americans to showcase their talent and spread joy, operating in accordance with U.S. laws, Le said the U.S. move has nothing to do with national security but is a result of its "technophobic" and "digital gunboat policy."

According to Le, TikTok has been communicating with the U.S. authorities for nearly a year. It has installed an all-American management team, stored all U.S. user data in the United States and Singapore, made its review policy and algorithm source code public, hired 1,500 Americans and promised to create another 10,000 jobs.

"The company has met almost all U.S. demands, but still cannot be spared. Even if it ends up being acquired, a substantial portion of the money must be paid to the U.S. government."

"Wrongdoings can always be conveniently fabricated. The United States wants to strangle TikTok, no matter what painful compromises the company makes. The real and the only reason is that it is a Chinese company," Le said, condemning the U.S. moves as "utterly disgraceful."

Regarding the recent U.S. withdrawal from international bodies such as the World Health Organization, Le said U.S. unilateralism has not only stoked division and confrontation in the international community, but also put the global governance and international cooperation agenda in jeopardy.

"Its sole aim is to install a uni-polar world where the United States lords it over all others, where globalization becomes "Americanization," and where global governance gives way to U.S. hegemony," Le said. "The U.S. attempt contravenes the trend of our times and the will of the people. It is destined to fail."

Rejecting the U.S. claim of a so-called "China threat", he reiterated that China is committed to pursing peaceful development and building a community with a shared future for mankind.

"China never has the intention to rule the world; we want to contribute to the common good of the world. China strives for development not to compete with the United States for supremacy, but to bring a better life to its own people. China takes an active part in global governance not to supplant anyone, but to play its due role as a major country," Le added.

Describing China as an advocate of multilateralism, Le said the difference between China and the U.S. is "between multilateralism and unilateralism, between equity and justice on the one hand and hegemony and 'might makes right' on the other, and between the common good and 'America First'."

Gain from cooperation, lose from confrontation

Despite the disputes between China and the United States, Le stressed the importance of the relationship, noting it concerns not only the well-being of the 1.7 billion Chinese and American people but also the future of the over seven billion people on the planet.

He urged politicians not to only focus on what is at hand, but also to put the relationship in the broader context of the changing international landscape and the defining trend of peace and development.

The vice foreign minister mentioned the "three lists" proposed by Chinese State Councilor and Foreign Minister Wang Yi, hoping the two countries could think outside the box of electoral politics and return to reason and pragmatism.

Le called on the two sides to keep lines of communication open, focus on cooperation and properly manage differences so as to prevent bilateral relations from being derailed.

"The next few months will be critical," Le said, urging both sides to stay focused on the right direction without being swayed by any extreme forces.