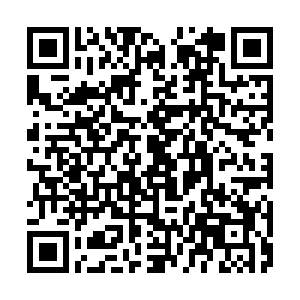 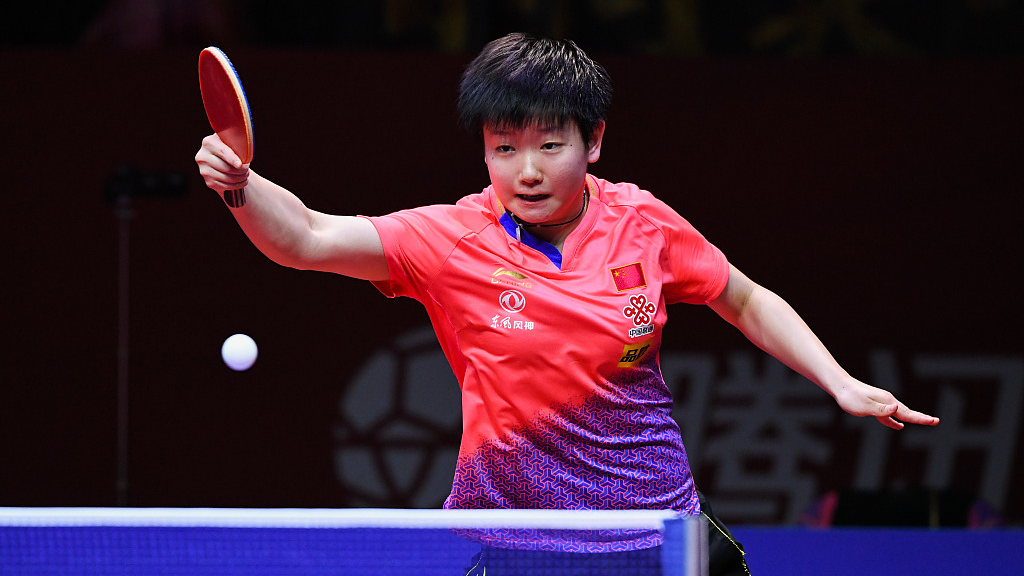 The two rivals were neck and neck during the match, with Sun securing the first three games to lead 3-0.

Wang took revenge in the fourth and fifth games and swept Sun 11-6, 11-8 to narrow the gap.

In the sixth game, Sun scored six points in a row but Wang showed no sign of giving up and managed to tie the score, before eventually winning the game 15-13.

In the decider however, Sun wasted no time in sealing a 11-6 win in the game and thus victory in the match. 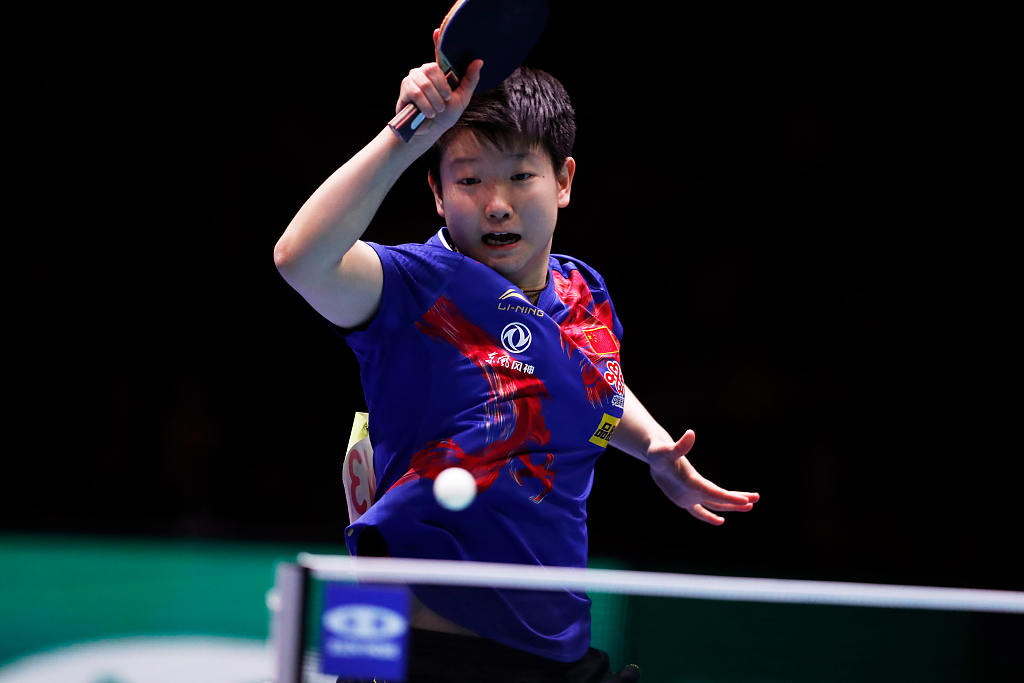 Sun, who joined the Chinese national team in 2017, is currently third in the women's singles world rankings, while Wang, 21, was the winning member of the women's doubles at the 2019 World Table Tennis Championships.

Earlier this week, Sun won the mixed doubles title at the event with Xu Chenhao, who stormed into the men's singles semi-final by stunning World No.2 Xu Xin.

On the men's side, Liang Jingkun defeated world No.1 Fan Zhendong 4-2, and Wang Chuqin overcame Xu Chenhao in straight games, to meet up in the final on Friday.

The Olympic practice test will run until August 21, with singles and team titles on offer.