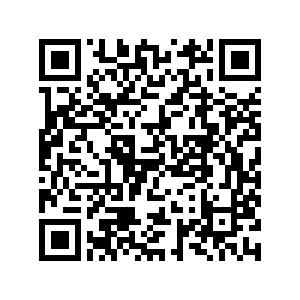 As August 15, the day in 1945 when Japan announced its surrender to bring an end to World War Two, approaches, concerns are mounting over whether Japanese politicians will again visit the Yasukuni Shrine or make offerings.

The country's Jiji News Agency has reported that Japanese Prime Minister Shinzo Abe will refrain from visiting the shrine but make an offering as usual.

Trips and ritual offerings made in person or by proxy to the infamous shrine by Japanese leaders and officials have repeatedly sparked strong criticism because the visits are interpreted as a denial of history and belittling to countries brutalized by Japan during World War Two.

Yet 75 years on, the international community, especially those from countries who suffered, continue to look on in horror at Japan's attitude toward the anniversary.

The Class-A war criminals were found to be responsible for "crimes against peace" in post-World War Two trials and convicted of plotting and directing Japanese aggression.

On December 26, 2013, Abe visited the controversial shrine in person – the first time a sitting prime minister had done so in seven years – on the first anniversary of his second term in office.

Abe has not visited the shrine since, but has sent ritual offerings during spring and autumn festivals every year. 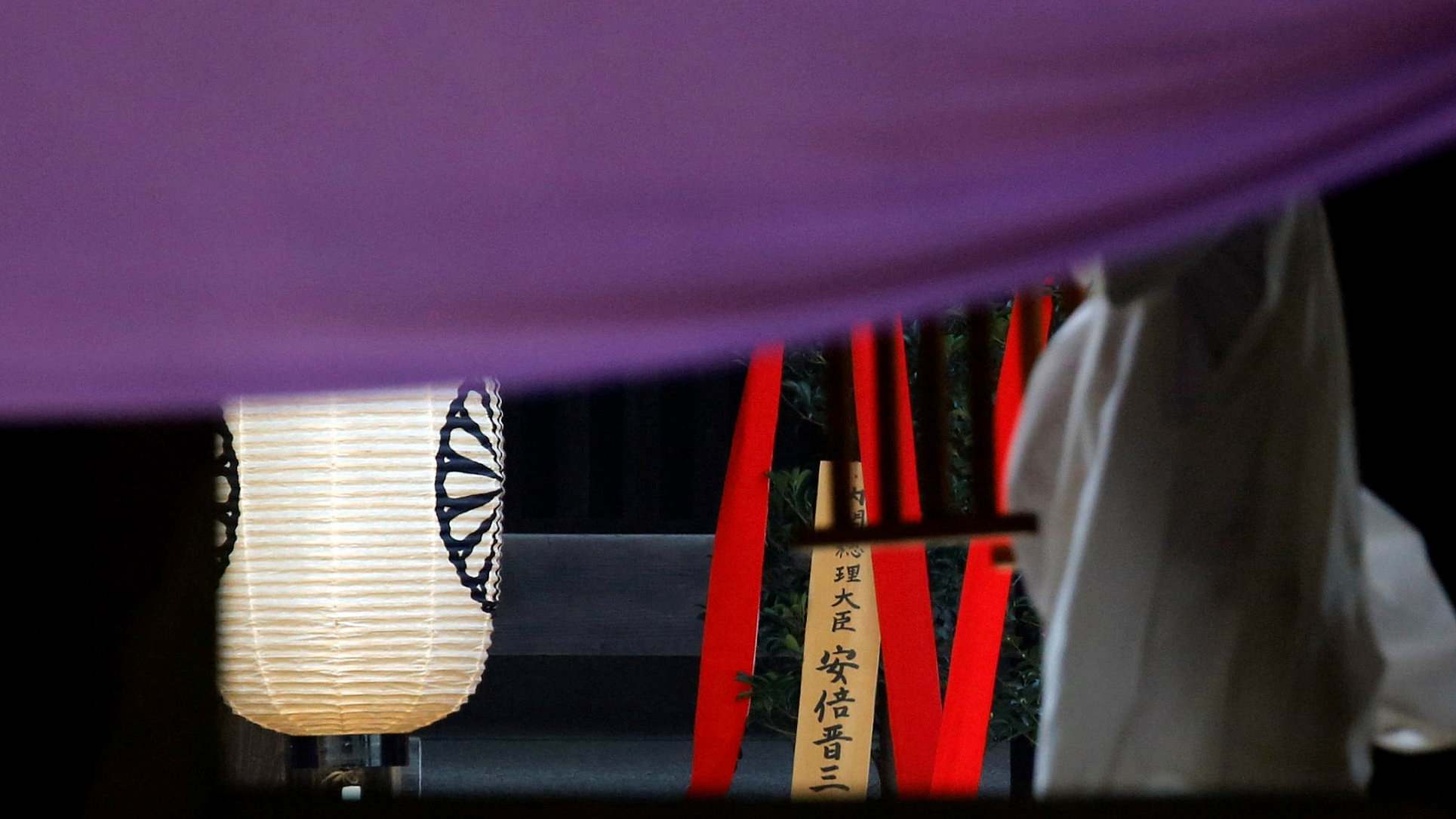 A wooden plaque showing the name of Japan's Prime Minister Shinzo Abe is seen with a "masakaki" tree as Abe's ritual offering for the war dead at Yasukuni Shrine in Tokyo, Japan, April 21, 2018. /VCG Photo

A wooden plaque showing the name of Japan's Prime Minister Shinzo Abe is seen with a "masakaki" tree as Abe's ritual offering for the war dead at Yasukuni Shrine in Tokyo, Japan, April 21, 2018. /VCG Photo

This year, Abe sent a ritual offering to the shrine on the first day of the two-day spring festival and the "masakaki" tree offering was made in the name of the prime minister.

In a departure from years past, since Abe assumed office in 2012 he has opted not to specifically mention Japan's brutal wartime aggression against its Asian neighbors.

Abe's equivocation on wartime atrocities carried out by Japan in the 1930s and 1940s has infuriated other Asian countries and even proven controversial with key ally the United States.

Abe's speech on the 70th anniversary of the end of World War Two was criticized for not offering an apology, leaving historical issues to rankle for the foreseeable future.

Since the defeat of Japan in 1945, the vision to become a normal country has been gaining popularity in Japanese society, especially after the country's economic takeoff in the 1970s.

However, unlike Germany, Japan's journey to such a destination has been constantly disrupted by controversial moves in which prominent politicians either shied away from truly reflecting on the country's wartime atrocities or even attempted to stoke nostalgia for its military past.

Unanimous opposition at home and abroad

Since December 26, 2013, many countries have expressed their criticism and condemnation of Abe's act.

The government of South Korea expressed anger and took strong countermeasures. Statements were also issued by the U.S. State Department and the U.S. Embassy in Japan to express disappointment towards Abe.

Russia clearly declared its opposition against Abe's visit. And many other Asian countries including Singapore, Pakistan and Indonesia all expressed regret and shock over the act. The then UN Secretary General Ban Ki-moon and Germany urged Japan to "be sensitive to the feelings of Asian people" and to honor its commitment to repent for its history of aggression.

China has always firmly opposed these kinds of acts by Japanese politicians, stressing that it has broken the spirit of the four political documents between the two countries and urging Japan to earnestly implement the four-point principled agreement reached in late 2014 and reflect deeply on the history of its aggression.

Opposition has also come at home. On August 15 every year, hundreds of Japanese gather and protest against the visits or offerings from Japanese politicians, expressing their opposition to Japan's current war policy and calling for peace.

However, Japanese Chief Cabinet Secretary Yoshihide Suga has said that Abe's offering to the shrine was his own "personal behavior" and the government would refrain from presenting views on this. 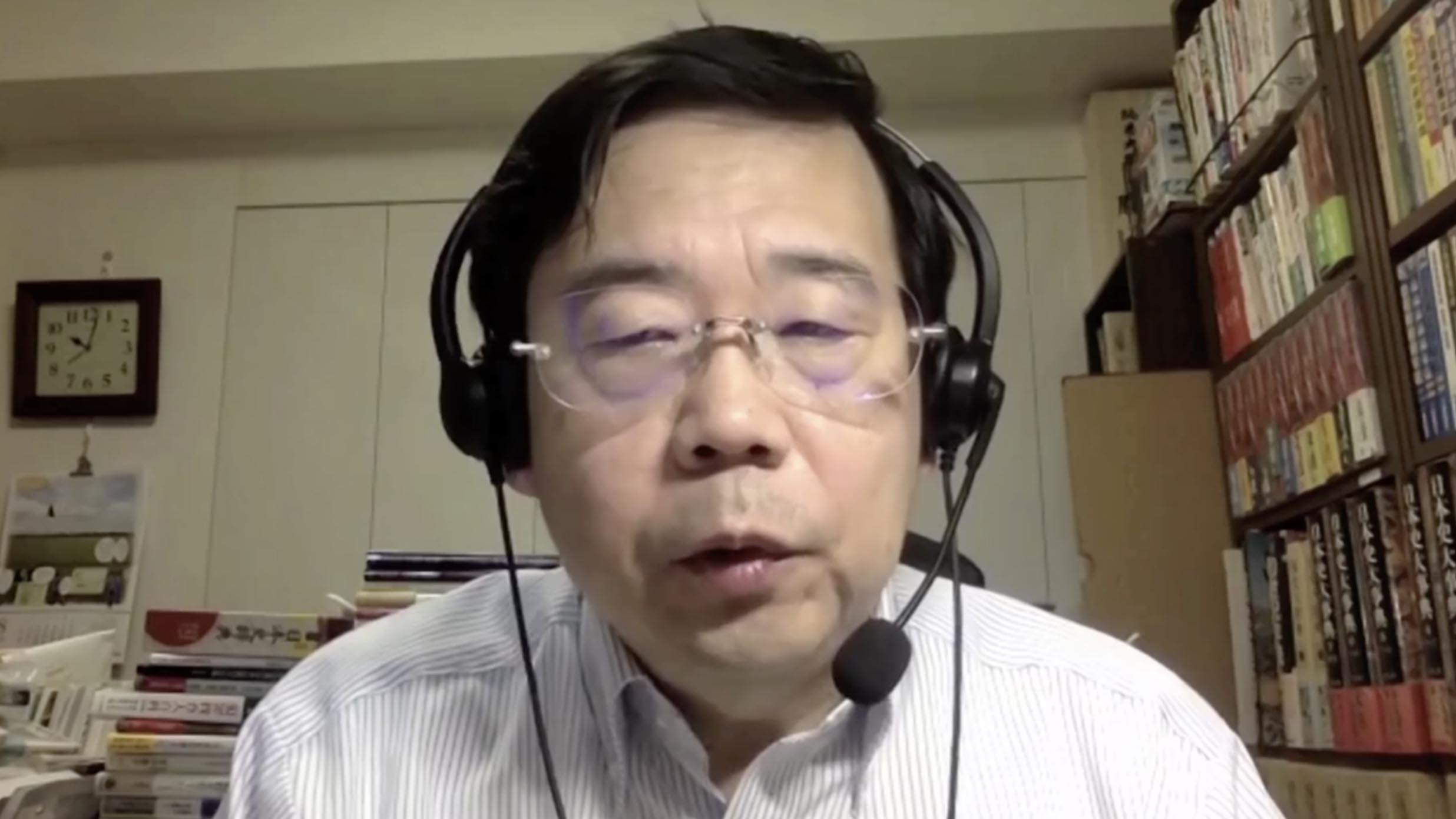 Some lawyers said that Abe's official visit to the shrine violated the constitutional separation of state and religion and infringed on various rights guaranteed by the constitution, such as the right to live peacefully.

Experts have also said that visits to the shrine by Japanese politicians are a politicized recasting of past aggression in peacetime.

Professor Akira Yamada at Meiji University said during an interview with CGTN that war memories in Japan are not accurately handed down, making it hard to discuss the brutal actions the country perpetrated against its neighbors.

The professor further pointed to Japan's mishandling of post-war diplomacy, saying that with tensions continually rising on war-time issues, the world needs to put more effort into clearing up the past for the sake of future relations.

"Japan has not completed the post-war settlement. Naturally, this would involve proper apologies. Otherwise, the disparity with the historical account will only widen and we cannot progress," said the expert.