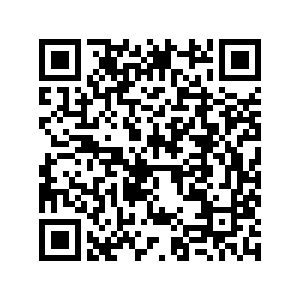 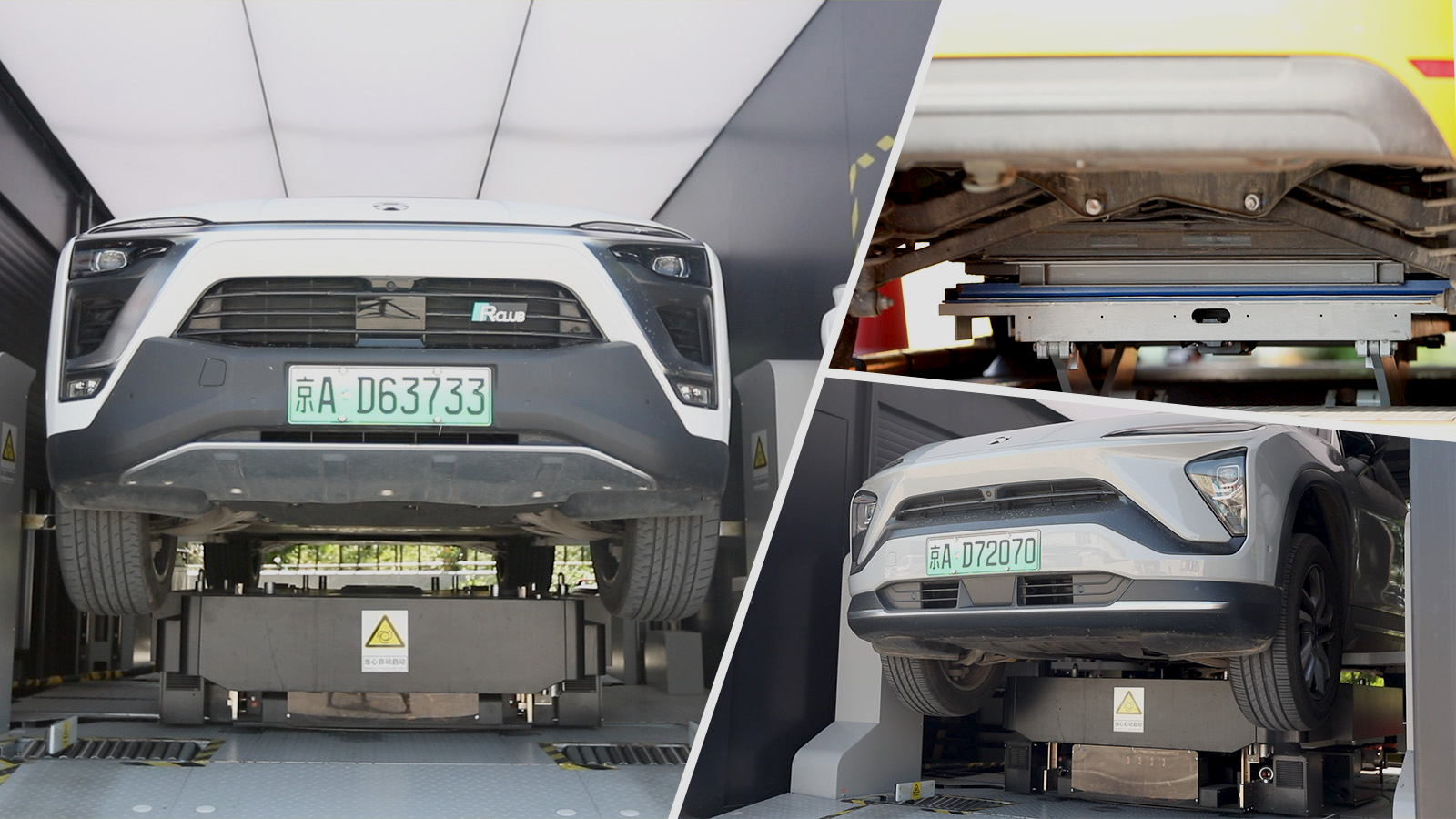 The time-consuming process of battery charging has been an issue with electric cars since their inception. Now, a battery-swapping service has been made available that can shrink the process from hours to minutes. Drivers can take their cars, kitted out with swappable batteries, into battery-swap stations and their drained batteries will be replaced with fully charged ones within five minutes.

The service was first initiated in the U.S. in 2013 when Elon Musk showed off Tesla's battery-swapping technology on its Model S, but two years into the idea, the plan wasn't working well. Only four to five out of 200 Model S owners he invited to try the service out were interested.

"Clearly, it's not very popular," Musk said in his company's shareholder meeting in 2015.

However, on the other side of the planet, things are quite different. 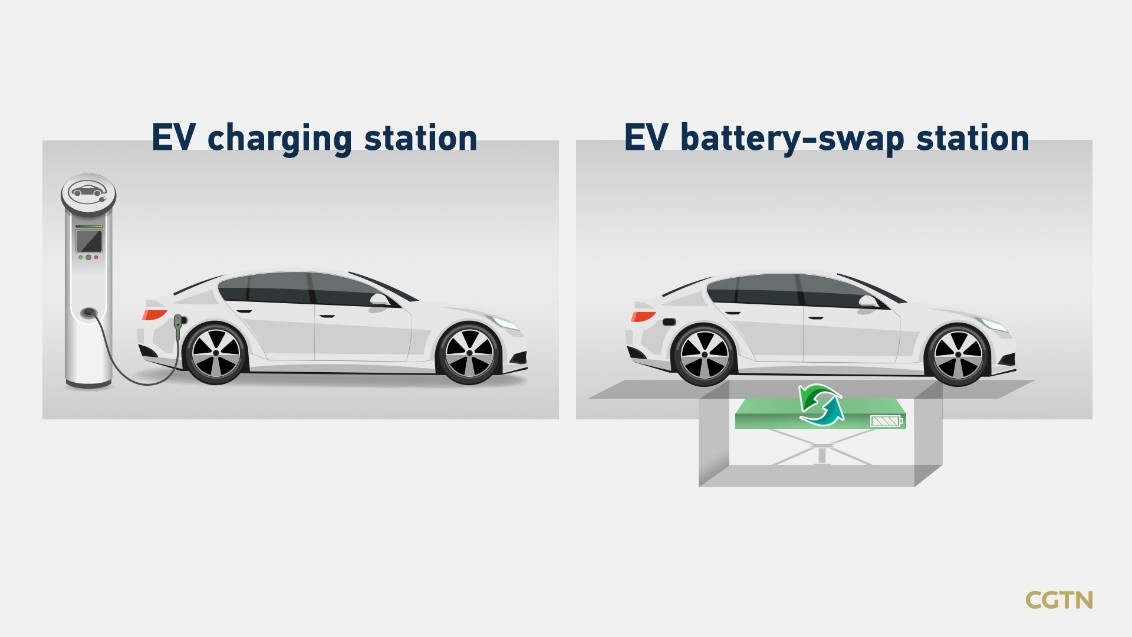 'This one is fast'

"This one is fast," a Beijing taxi driver surnamed Wang, told CGTN. Wang said the battery-swapping service saved him the one and a half hours of downtime it would usually take to charge his car battery.

Hu Jinyong, a senior engineer from BJEV, told CGTN via email that the biggest advantage of battery-swapping is the technology provides "a convenient and fast battery replacement service just like the refueling of a gasoline car." He suggested that as the service is developing, it would also lower the cost of electric vehicles (EVs) since the most expensive part of the cars is becoming shareable.

"I was actually unwilling to change the battery in the first month when I got my new car," Maggie Chen, a NIO ES6 owner, told CGTN. "I didn't want to give away my battery. It was new!"

But soon enough, the convenience of battery-swapping won Chen over.

"I can see where has available battery-swap stations on my phone app and order through it," said Chen. "I barely charge my car now."

NIO built its first battery-swap station in May 2018. Each station has five spots for swappable batteries. NIO Power's Marketing Communication Manager Xie Lili told CGTN via email that NIO had swapped over 700,000 batteries by the end of July. 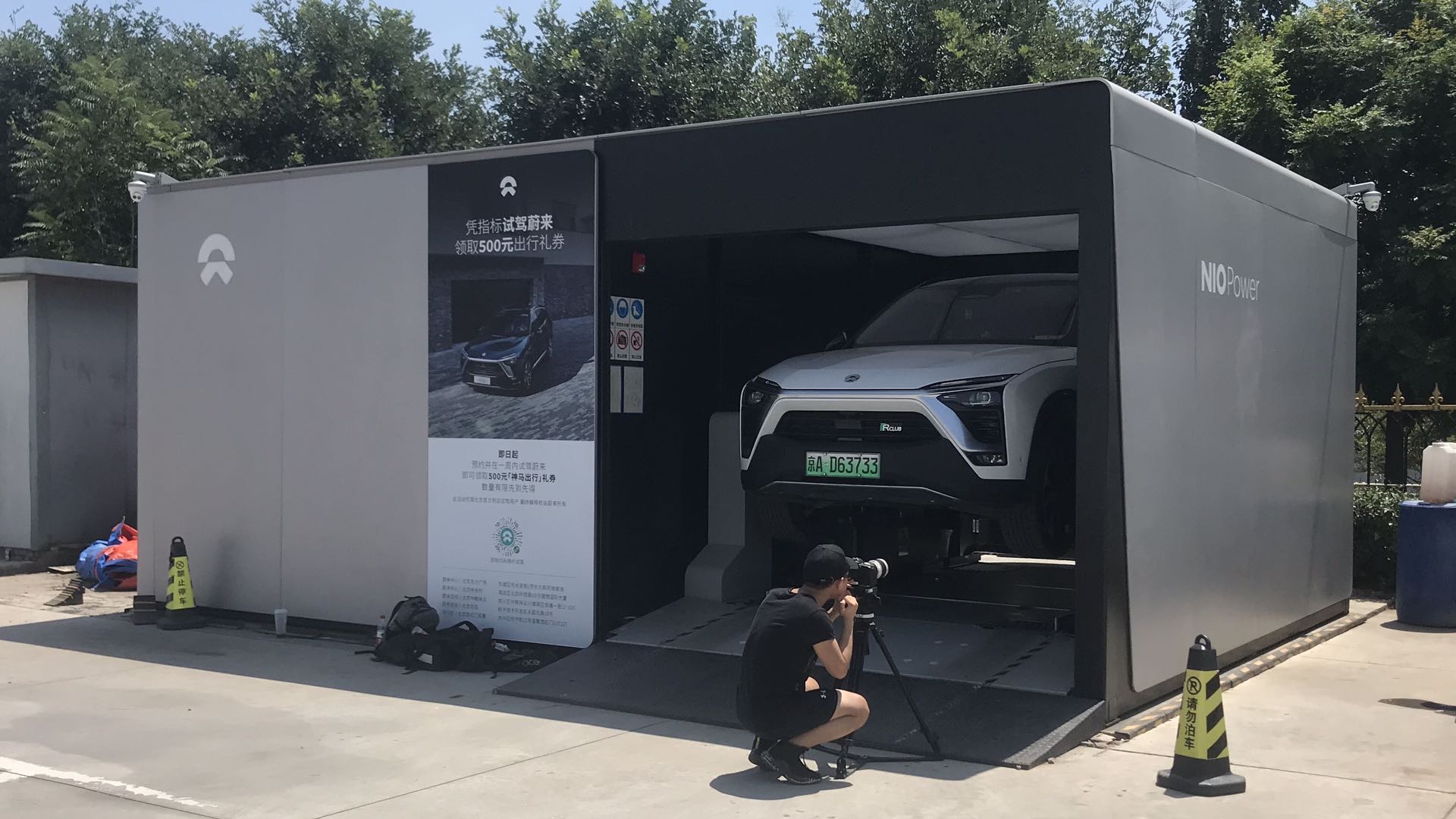 A CGTN reporter is filming the process of battery-swapping in a NIO battery-swap station in Beijing, China, August 3, 2020. Wang Tianyu/CGTN

A CGTN reporter is filming the process of battery-swapping in a NIO battery-swap station in Beijing, China, August 3, 2020. Wang Tianyu/CGTN

China is the largest EV market around the globe, with 3.1 million electric vehicles in active use. As part of its "Made in China 2025" plan, the world's second-largest economy vows to become a global leader in new energy vehicles (NEVs), which also include plug-in hybrids and hydrogen fuel cell vehicles. It has set a target for NEVs to account for a fifth of its total auto sales by 2025.

The Chinese government has been pushing the development of NEVs. In March, it extended subsidies for buying NEVs from the end of 2020 to 2022. According to the China Electric Vehicle Charging Infrastructure Promotion Alliance, China has built the world's largest electric vehicle charging infrastructure, with 14.1 million charging stations across the country.

In May, China stepped forward with putting the battery-swapping development into its "New Infrastructure" campaign, which is a national project to offset the economic impact of the coronavirus pandemic and boost sustainable growth.

But, there are a lot to do for the popularization of battery-swapping. As of June 2020, 40 percent of the 452 battery-swapping stations in China were found in its capital Beijing, and the rest in the eastern coast where the economy is stronger.

"As an [electric] car owner, we hope to have more and more battery stations," said Chen. 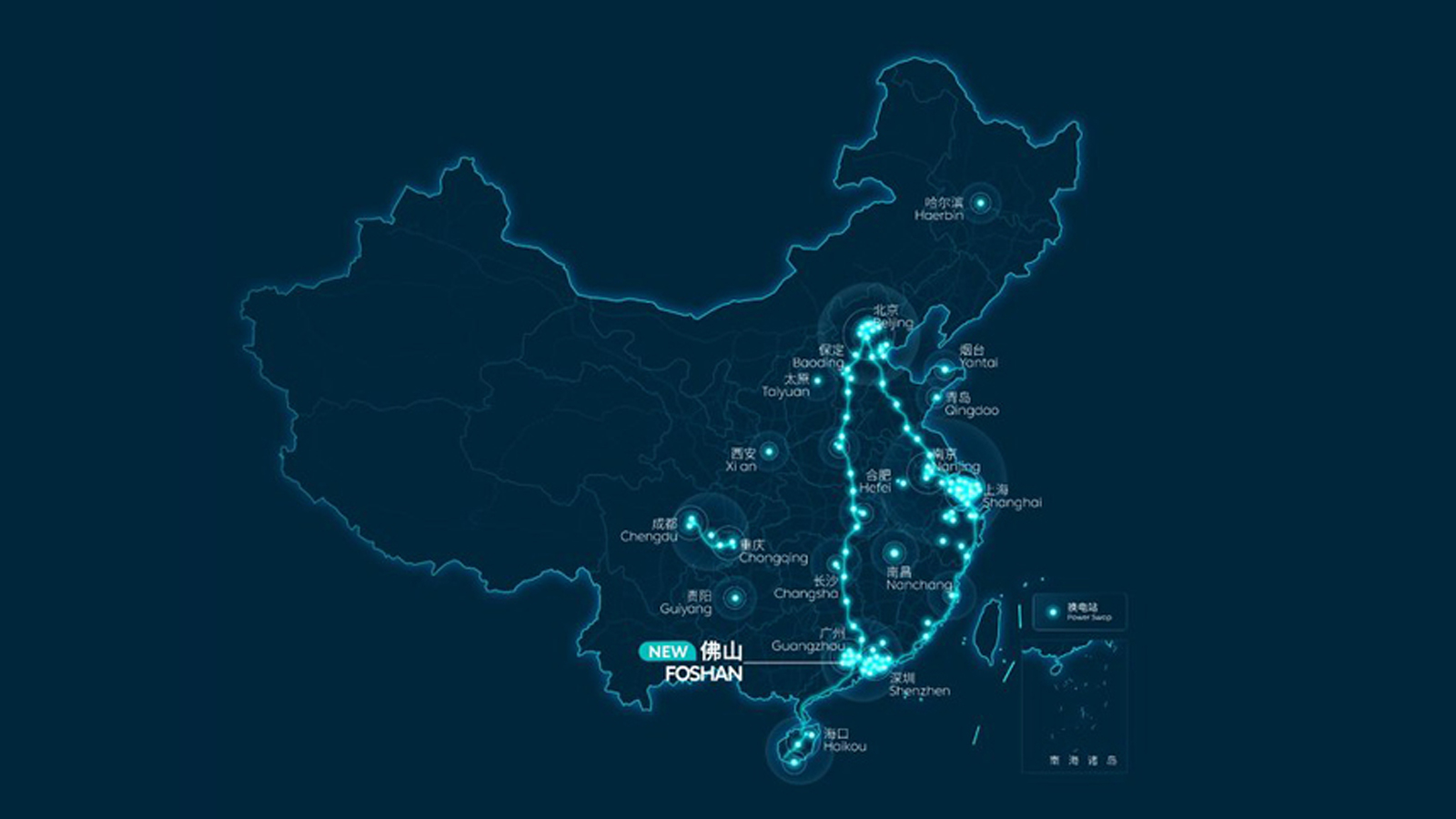 The distribution of NIO's battery-swapping stations in China. At the time of its creation, NIO had 131 stations across the country. Now, it has 141. /NIO

The distribution of NIO's battery-swapping stations in China. At the time of its creation, NIO had 131 stations across the country. Now, it has 141. /NIO

Cost is the greatest challenge for businesses. The CEO of bankrupted Israeli EV technology company Better Place, Shai Agassi, once said his battery-swap stations would cost 500,000 U.S. dollars to build, and it costs about the same to build battery-swap stations in China, industry insiders told CGTN. Agassi's company went bust in 2013.

According to CCTV, a BJEV battery-swap station with the capacity to switch out 400 batteries a day must complete at least half that amount to break-even. Zhao Xubo, general manager of Aulton, which cooperates with BJEV in providing battery-swapping services, said the station that taxi driver Wang went to only does about 150 to 160 swaps per day.

Zhao said the transformation from gas cars to EVs is still in the initial stage, and with the emergence of the COVID-19 pandemic, the battery station has not made a profit yet.

EV makers are also aggressively competing with each other in the market. According to reports, NIO plans to set up a battery asset management company in August to push for separating the car from the battery. There are also claims that China's largest automotive lithium-ion battery maker Contemporary Amperex Technology may invest. However, NIO's Xie declined to comment on the matter when asked by CGTN.