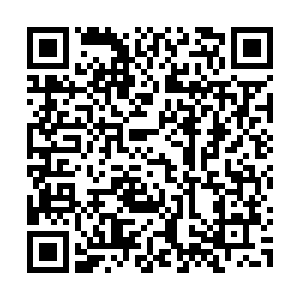 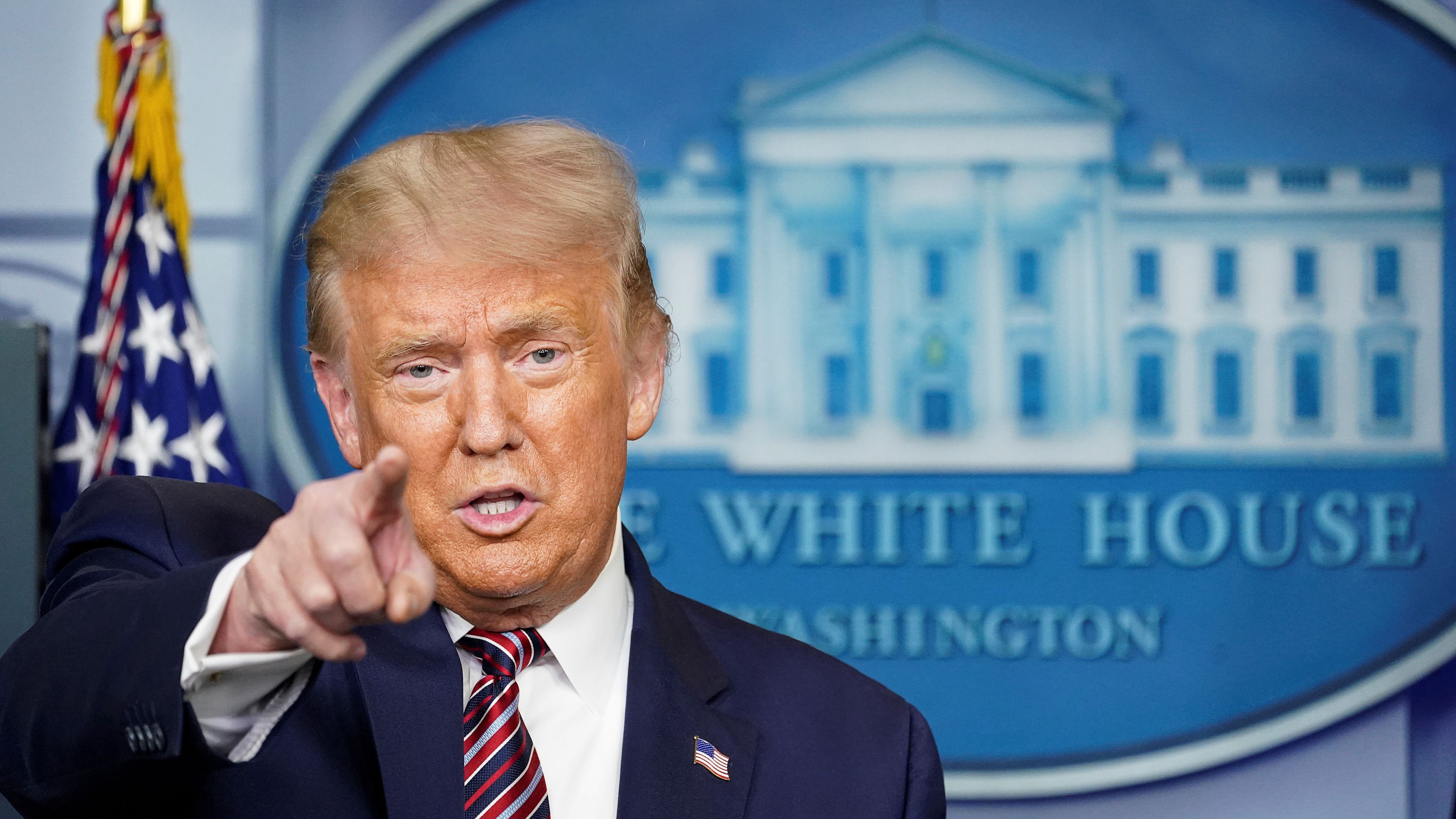 U.S. President Donald Trump said Saturday he will try a controversial "snapback" to force a return of UN sanctions against Iran, after the Security Council rejected Washington's bid to extend the arms embargo against the Islamic republic.

"We'll be doing a snapback," the president said, referring to the contested argument that the U.S. remains a "participant" in the 2015 Iran nuclear deal – despite Trump's withdrawal from it – and therefore can force a return to sanctions if it sees Iran as being in violation of its terms.

The president added that the U.S. will make its move next week.

Washington's defeat at the Security Council on Friday highlighted its isolation on Iran since Trump withdrew from the accord in 2018. China and Russia opposed and eleven members abstained, including France, Germany and the United Kingdom. The U.S. and the Dominican Republic were the only votes in favor.

Trump argued Saturday that Iran was a "different ballgame" now, and that the country no longer has the funds to sponsor terror. "Iran wants me to lose so badly" in November's presidential election, he added.

The United States has threatened to trigger a return of all UN sanctions on Iran using a provision in a 2015 nuclear deal between Iran and world powers, known as snapback, even though Trump abandoned the accord in 2018.

Diplomats have said if Trump follows through, the snapback could plunge the Council into one of its worst-ever diplomatic crises and the United States would face a tough, messy battle in any such move. 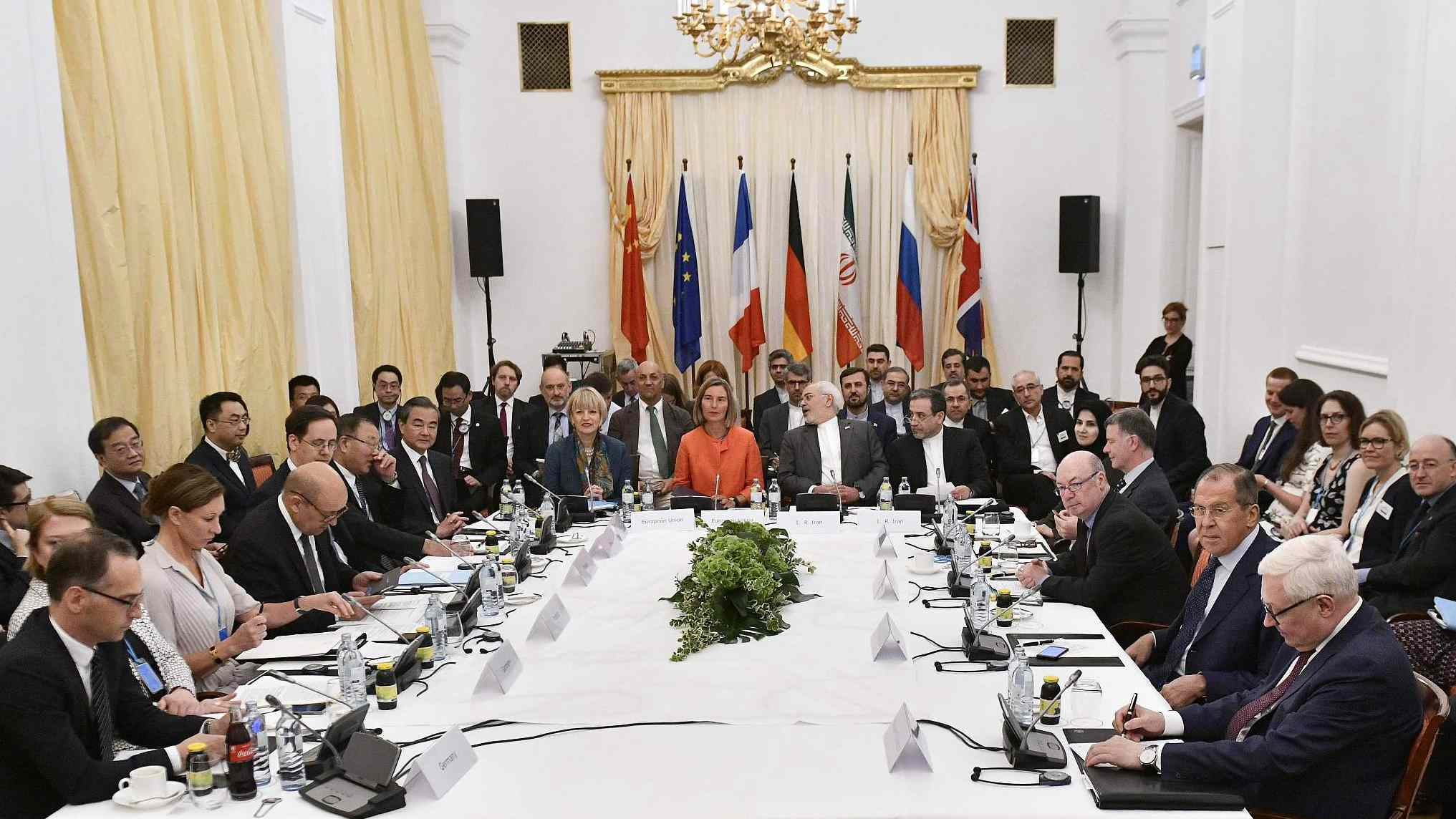 Trump's remarks echoed the statement issued by U.S. Ambassador to the UN Kelly Craft, which claimed "the United States will follow through on that promise to stop at nothing to extend the arms embargo in coming days."

France, Germany and the United Kingdom – who, along with China and Russia, signed the deal with Iran – have voiced support for extending the conventional arms embargo but their priority is to preserve the Joint Comprehensive Plan of Action.

They are also skeptical on whether Washington can force sanctions and say the attempt may delegitimize the Security Council.

Under Security Council Resolution 2231, which endorsed the July 2015 nuclear deal, the arms embargo against Iran expires on October 18. 2020. The U.S. draft resolution sought to extend the embargo indefinitely. 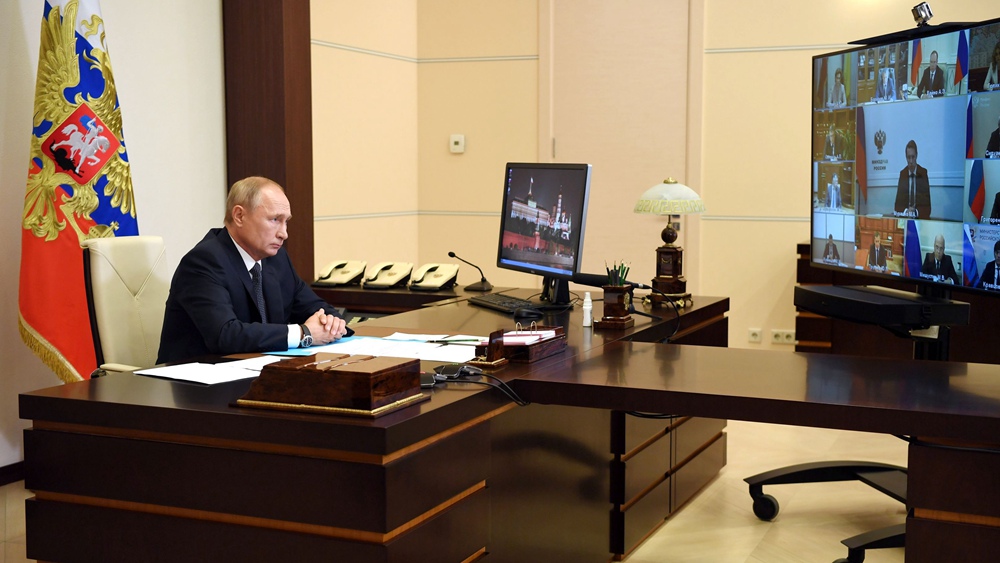 Russian President Vladimir Putin chairs a meeting with members of the government via video link at the Novo-Ogaryovo state residence outside Moscow, Russia, August 11, 2020. /Reuters

Russian President Vladimir Putin chairs a meeting with members of the government via video link at the Novo-Ogaryovo state residence outside Moscow, Russia, August 11, 2020. /Reuters

Russian President Vladimir Putin proposed Friday holding an urgent online meeting of the heads of the five states that are permanent members of the UN Security Council with the participation of the leaders of Germany and Iran to discuss Iran and the Gulf situation.

According to the statement, Putin said that "the issue is urgent," and the alternative was "only further escalation of tensions, increasing risk of conflict – such a scenario must be avoided."

Trump dismissed Putin's call for a summit on Saturday, saying he probably would not participate.

"Probably not," Trump said when asked whether he would participate in the Putin-backed summit.

China consistently supports the Joint Comprehensive Plan of Action (JCPOA), or the Iran nuclear deal, and also is dedicated to preserving the peace and stability of the Middle East, Zhao said.

He added that China is willing to keep close contacts with related parties to advance the political settlement process of resolving Iran nuclear issues.