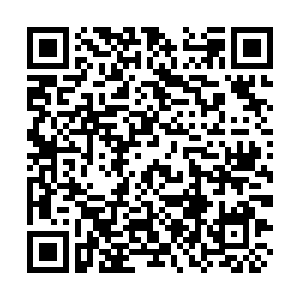 China's Foreign Ministry on Monday warned the U.S. that it should respect China's red line on the Taiwan question, after the island finalized the purchase of F-16 fighter jets from U.S. aircraft manufacturer Lockheed Martin on August 14.

The Pentagon announced on Friday the 10-year, 62-billion-U.S.-dollar contract with Lockheed Martin for the new production of the F-16 Foreign Military Sale aircraft.

The ministry's spokesman Zhao Lijian told reporters at a daily briefing that the Taiwan question concerns China's core interest and China will firmly defend its sovereignty.

China has repeatedly opposed U.S. arms sales to Taiwan authorities, stating that it seriously violates the one-China principle and three communiques between China and the U.S., Zhao said.

He also warned the deal would jeopardize China-U.S. relations and the stability of the Taiwan Straits.

Taiwan is part of China, Zhao said, adding that the arms sale will harm China-U.S. relations and the U.S. should immediately suspend the deal and any military contacts with the island.

Ni Feng, director of the Institute of American Studies at the Chinese Academy of Social Sciences, told the Global Times that the U.S. move is dangerous because it steps on and even crosses the Chinese mainland's red line on the Taiwan question.

The risk of a confrontation continues to rise, he added.

The Chinese People's Liberation Army (PLA) said it had conducted live combat drills in the Taiwan Straits and its northern and southern ends in response to what it called U.S. provocation and Taiwan secessionist activities.

The PLA has been enhancing and normalizing military drills around the island of Taiwan not only to deter secessionists on the island, but to train the troops and gain the capability of turning the exercises into real military actions if necessary, Ni said.