China takes action to cut down on food waste
CGTN 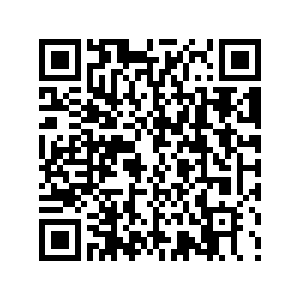 Food waste will become a criterion to evaluate the tourism and catering industries in China as the country mobilizes all sectors to ensure plates are empty and leftovers don't end up in landfills.

The "say no to food waste" will be included in a revision to evaluation standards for tourist attractions, the Chinese Ministry of Culture and Tourism has said. Scenic spots, hotels, homestays, and restaurants are urged to instruct guests to reject extravagant consumption and embrace green tourism during their trips.

Meanwhile, the China Consumers Association (CCA) has also called on the Chinese people not to waste food while eating out. Many catering service associations have echoed the proposal, and some organizations have come up with creative ways to help people form healthy food ordering habits. 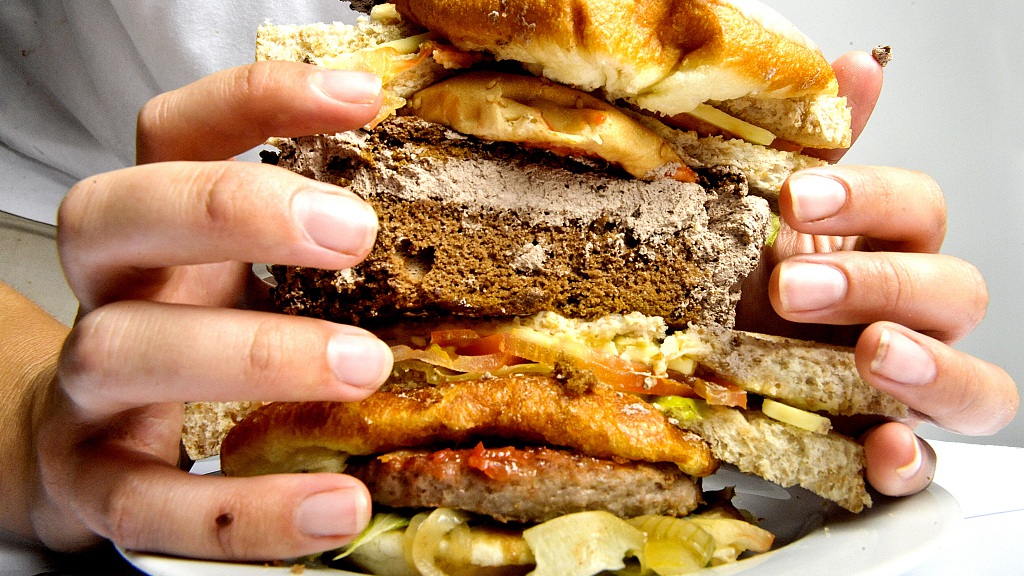 The canteen at Jiangxi University of Science and Technology has launched the "empty plate in exchange for fruit" campaign, awarding students who finish their meals with free fruit in an attempt to encourage them to economize food.

Last week, Chinese President Xi Jinping called on the nation to maintain a sense of crisis about food security, despite years of bumper crops, amid the fallout of the coronavirus pandemic. He said the levels of food waste in the country are "shocking and distressing."

With the country moving to pull the brakes on excessive eating, Mukbang shows have come under the spotlight.

Mukbangs are online shows originally from South Korea featuring people downing large quantities of food in front of the camera. But the practice has come under fire for wasting food and normalizing binge eating. Some hosts were accused of faking finishing the feast before them, while others were found to be purging after their shows. 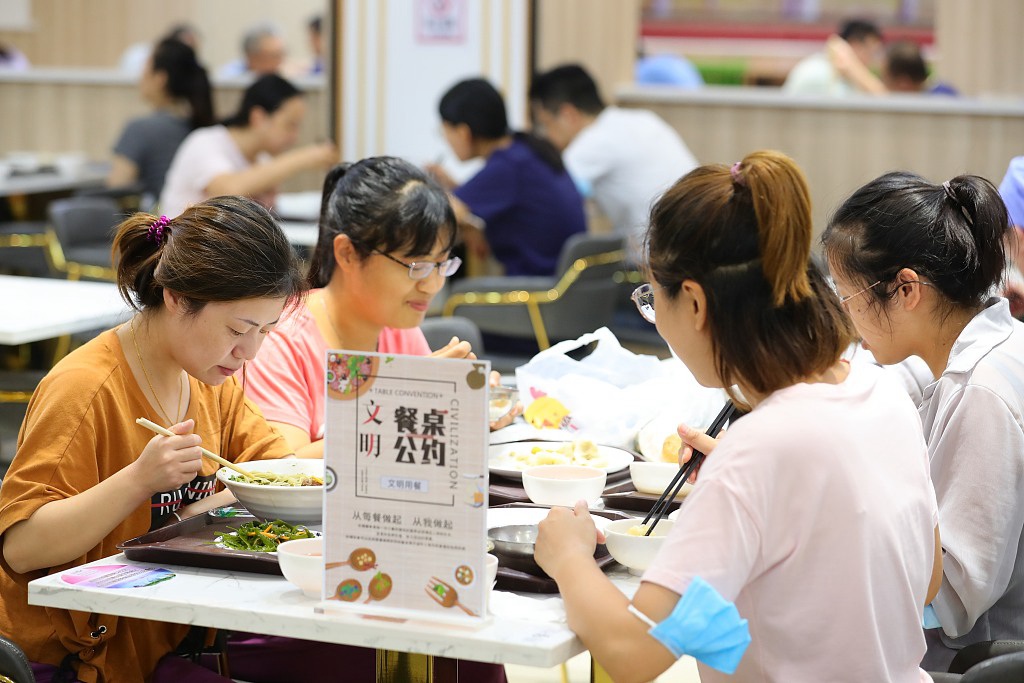 Customers eating at a restaurant in Tianjin, China. /CFP

Customers eating at a restaurant in Tianjin, China. /CFP

A day later, several livestreaming platforms and short-video apps, including Douyin, the Chinese version of Tiktok, Kuaishou and Bilibili said those who upload videos of excessive eating will be punished and shared messages encouraging people not to waste food. 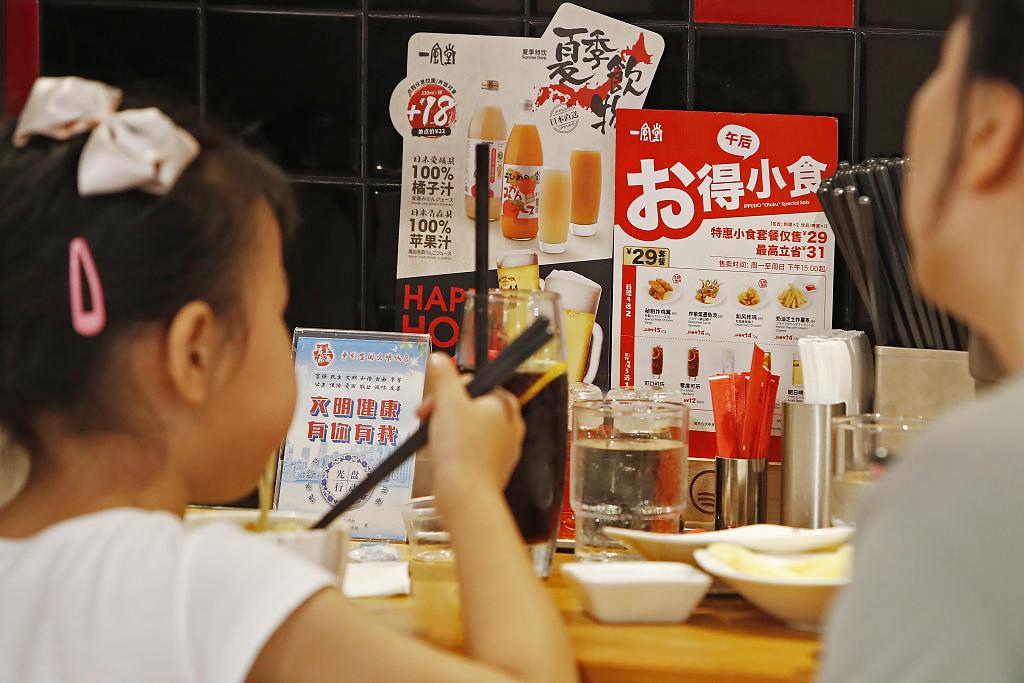 A child has dinner with her parent at a restaurant. /CFP

A child has dinner with her parent at a restaurant. /CFP

The campaign to limit extravagant eating and overordering has been trending on Chinese social media.

"I actually enjoy watching Mukbangs, but I don't like those selling the concept of overeating," read one comment on Weibo, a Chinese platform similar to Twitter.

"You can eat as much as you want if you really need the food, but if it's just for clicks, you'd better not do it," said another user.

But some are calling for boundaries to the campaign, asking if leftovers at restaurants are really such a crime. 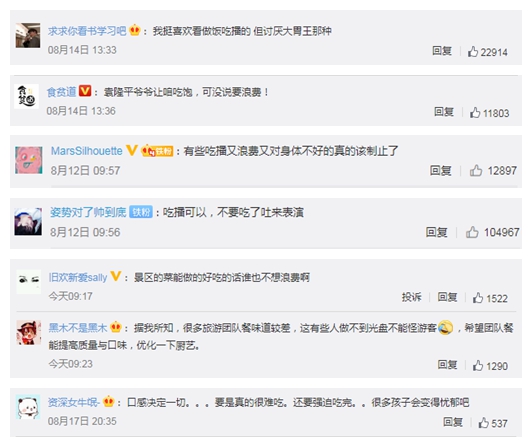 "Taste determines everything…If the food really tastes terrible, I don't think I have to finish eating the dish," one Weibo user said.

"I think tourist attractions should first improve the quality of their cooking. The food they serve is terrible. I don't really mean to waste, but sometimes I can't finish the food," said another.

Restaurants have been offering free takeaway containers and advising customers on how many dishes to order, with some exempting patrons who can lick their plates clean from the 15-percent service fee.