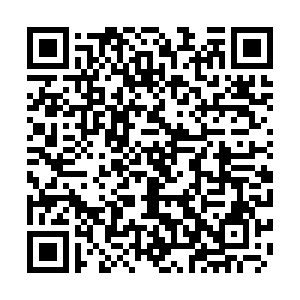 U.S. Senator Kamala Harris on Wednesday night accepted the Democratic vice presidential nomination at the party's national convention, imploring Americans to elect Joe Biden in November and accusing President Donald Trump of failed leadership that had cost lives and livelihoods during a pandemic.

Harris, 55, the daughter of Indian and Jamaican immigrants, was confirmed as the first Black and South Asian woman on a major U.S. presidential ticket. 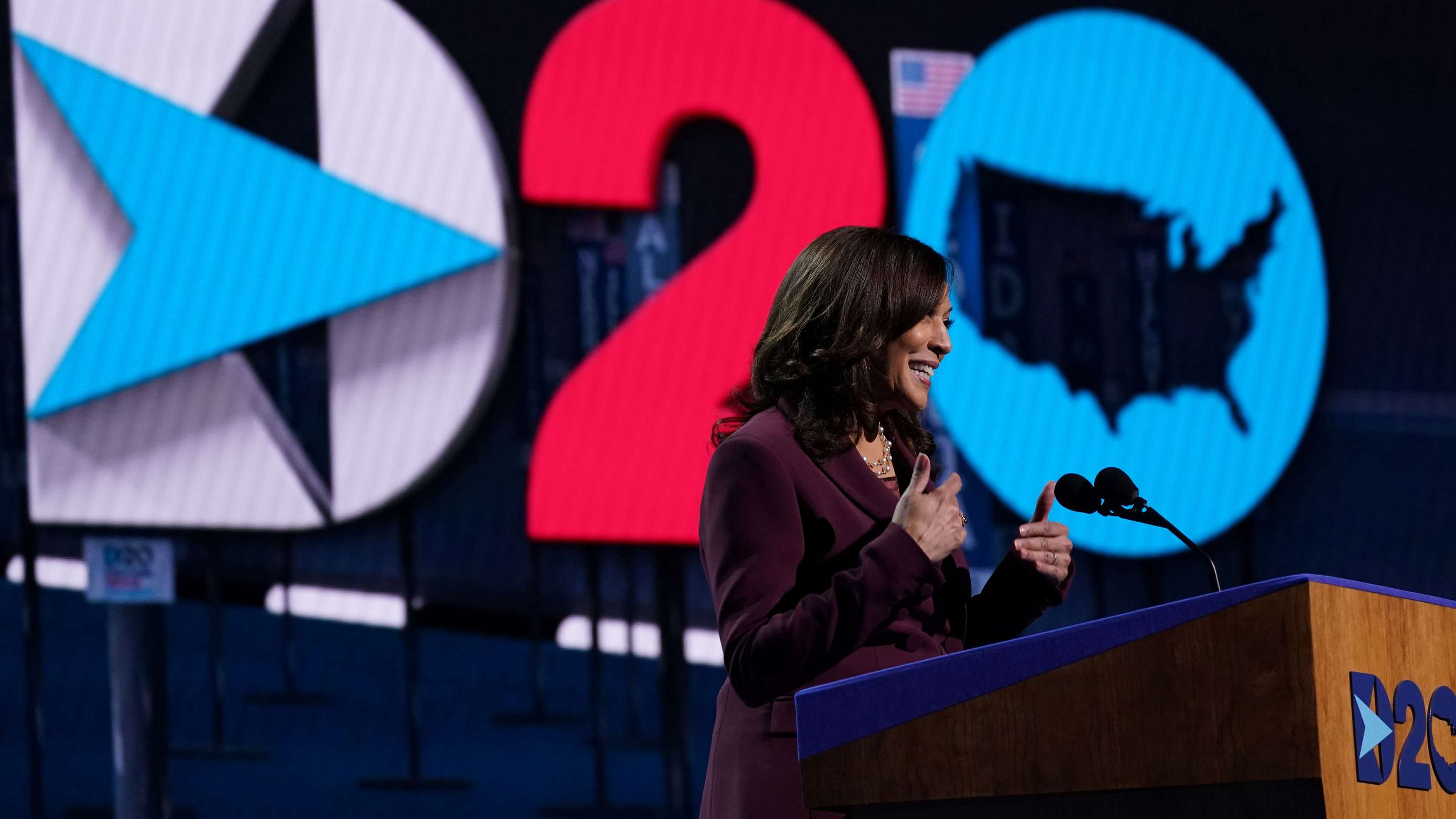 She said Trump's divisive leadership had brought the country to an "inflection point" and made a direct appeal to the Democratic Party's diverse electorate whose vote is crucial to defeating Trump on November 3.

"The constant chaos leaves us adrift, the incompetence makes us feel afraid, the callousness makes us feel alone. It's a lot," the California senator and former prosecutor said, speaking from an events center in Biden's hometown of Wilmington, Delaware, that was largely empty because of the coronavirus outbreak.

"We must elect a president... who will bring all of us together – Black, White, Latino, Asian, Indigenous – to achieve the future we collectively want. We must elect Joe Biden," she said.

Former U.S. President Barack Obama, speaking just before Harris, also delivered a sharp rebuke of his Republican successor, saying Trump had used the power of his office only to "help himself and his friends."

Obama, whose vice president was Biden from 2009-2017, said he had hoped that Trump would take the job seriously, come to feel the weight of the office, and discover a reverence for American democracy.

"For close to four years now he has shown no interest in putting in the work... no interest in treating the presidency as anything but one more reality show that he can use to get the attention he craves," Obama said, in unusually sharp criticism of a sitting president by a former president.

Harris' nomination capped the third night of a party convention that has featured a crush of women headliners, moderators and speakers, showcasing the growing power of women in politics and in the Democratic Party. Biden leads Trump in opinion polls, bolstered by a big lead among women voters.

Biden, 77, would be the oldest person to become president if he is elected, leading to speculation he will serve only one term. The nomination for the vice presidency would make Harris, 55, a potential top contender for 2024. 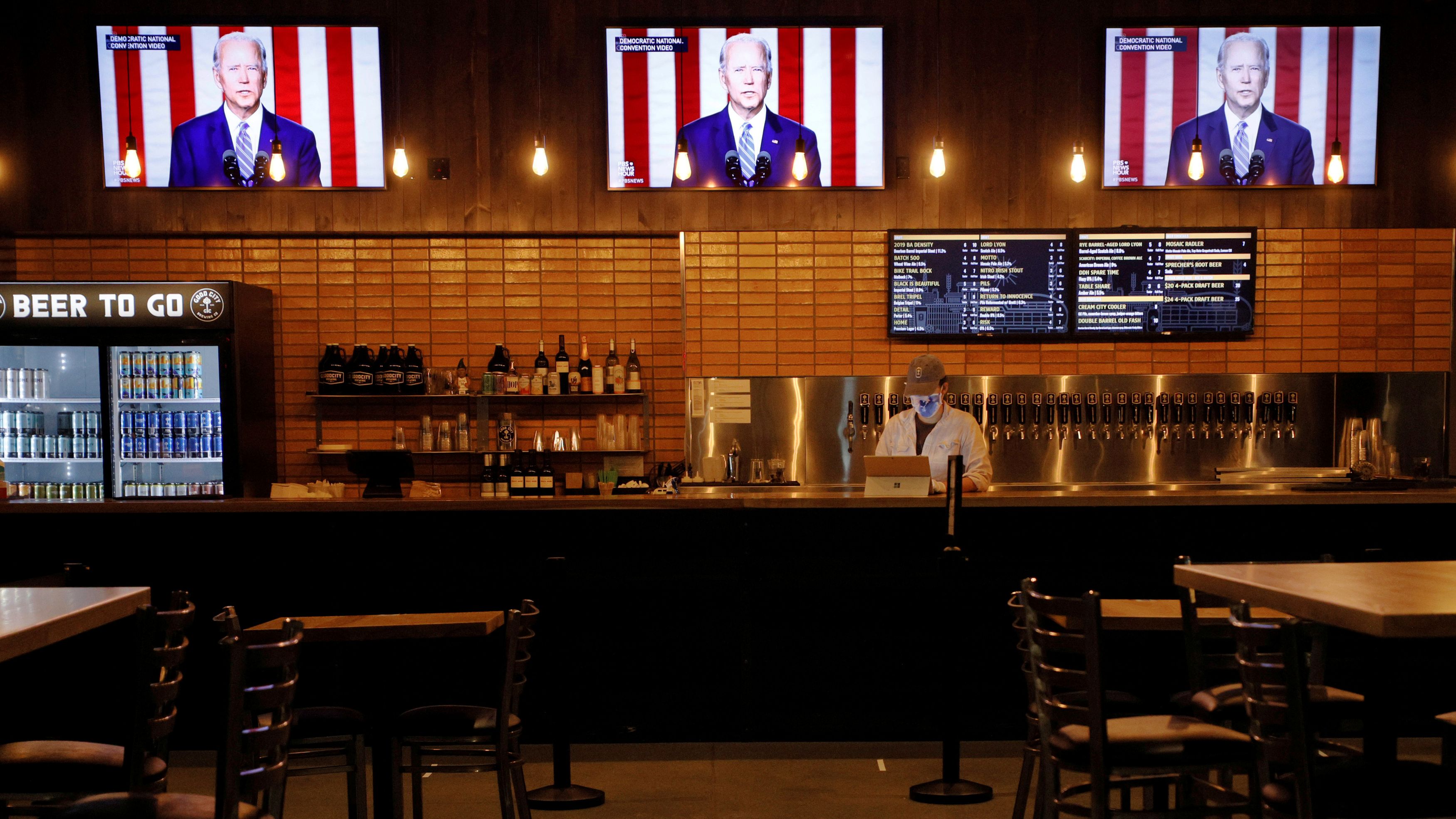 The speech by Harris served as a reintroduction to the country after her unsuccessful White House bid. Harris outlined her background as a child of immigrants from India and Jamaica who as a district attorney, state attorney general and now vice-presidential candidate shattered gender and racial barriers.

In the Spotlight: Kamala Harris, a running mate defying labels

She said she was able to make history because of the trailblazing efforts of women before her who fought for the right to vote.

"That I am here tonight is a testament to the dedication of generations before me," she said. "They ​organized​, marched​, and ​fought ​– not just for their ​vote​, but for a ​seat​ at the table."

'NO MATTER WHAT, VOTE'

Trump issued three tweets in all capital letters during the last half of the convention program, angrily criticizing Harris and Obama and questioning their allegiance to Biden.

In a speech from the Museum of the American Revolution in Philadelphia, Obama warned Trump and Republicans were trying to make it harder for Americans to vote and called the president's leadership a threat to democracy.

"We can't let that happen. Don't let them take away your democracy. Make a plan right now for how you're going to get involved and vote," Obama said.

Democrats have been alarmed by Trump's frequent criticism of mail-in voting, and by cost-cutting changes at the U.S. Postal Service instituted by Postmaster General Louis DeJoy, a Trump supporter, that could delay mail during the election crunch. DeJoy said this week he would put off those changes until after the election.

Hillary Clinton, the 2016 Democratic presidential nominee who lost to Trump, told the convention she constantly hears from voters who regret backing Trump or not voting at all. She won the popular vote against Trump but lost in the Electoral College that determines the U.S. presidency.

"This can't be another woulda coulda shoulda election," she said. "No matter what, vote. Vote like our lives and livelihoods are on the line, because they are."

"Joe and Kamala can win by 3 million votes and still lose," she said. "Take it from me. So we need numbers overwhelming so Trump can't sneak or steal his way to victory."

Throughout the convention, Democrats have appealed directly to women voters, highlighting Biden's co-sponsorship of the landmark Violence Against Women Act of 1994 and his proposals to bolster childcare and protect family healthcare provisions.