Which Latin American countries are fighting COVID-19 most effectively?
By Justina Crabtree 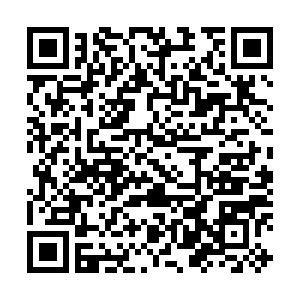 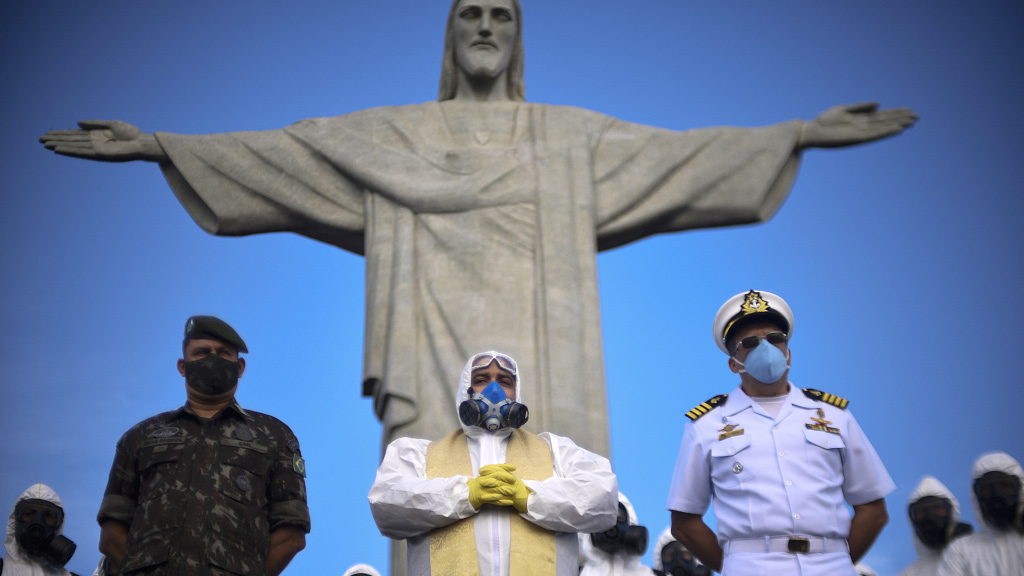 On August 13, 2020, the city of Rio de Janeiro in Brazil dispatched troops to disinfect major tourist attractions ahead of their reopening. /CFP

On August 13, 2020, the city of Rio de Janeiro in Brazil dispatched troops to disinfect major tourist attractions ahead of their reopening. /CFP

Latin America has assumed the undesirable mantle of global coronavirus epicenter, with Brazil, Peru, Mexico, Columbia and Chile all ranking among the world's top 10 countries for number of cases. Since June, over 50 percent of daily deaths due to the pandemic were in Latin America, according to the University of Miami's continent-focused COVID-19 Observatory.

Flattening the curve – but not bending it

The economic and social backdrop of Latin American countries has provided fertile ground for the new type of coronavirus to spread.

"The region's weak health systems, a higher level of urbanization than in other emerging markets (in some cases in overcrowded conditions) and a high level of labor informality are all at play here, and complicate the fight against the pandemic even where the policy response has been good," Fiona Mackie, regional director for Latin America and the Caribbean at research firm The Economist Intelligence Unit, told CGTN.

But, politics has also played a role. Leaders in some countries have been dismissive of the pandemic and thus permitted the virus to spread undetected. Brazil now trails the U.S. with the second highest number of cases and deaths in the world, with President Jair Bolsonaro himself becoming infected with what he had previously deemed "a little flu."

Mexican President Andres Manuel Lopez Obrador, like his Brazilian counterpart, has been dismissive of mask-wearing, quipping in late July that he would sport one "when there is no corruption." But, the country has registered the seventh most cases in the world and the third highest number of deaths. 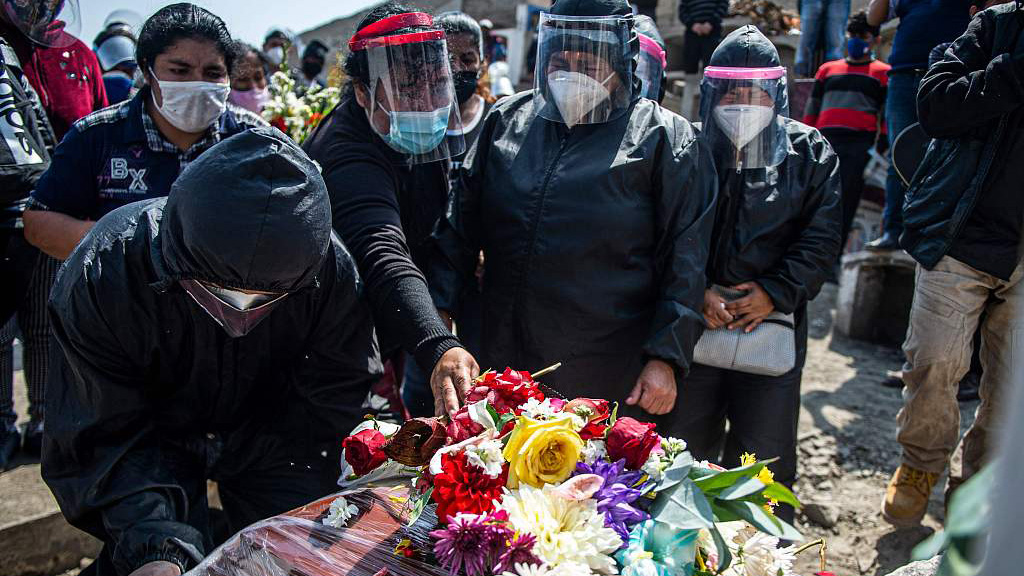 Argentina and Peru were both quick off the mark to impose lockdown measures in March. For Argentina, swift action from President Alberto Fernandez included closing schools when there were only around 50 cases in the country and banning commercial flights until September 1.

Meanwhile in Peru, one restriction, passed in early April and overturned just eight days later after an intense backlash, involved a gendered lockdown: Men were permitted to leave the house on Mondays, Wednesdays and Fridays, and women on Tuesdays, Thursdays and Saturdays, with no one able to go outside on Sundays.

Nonetheless, Argentina failed to expand its testing capacity and now has over 329,000 cases in a country of approximately 45 million people. With most of the country's poor population living in slums, social distancing is impossible. And given its large informal workforce with millions dependent on day labor to survive, "a lockdown is economically unviable without direct government support," Nicolas Saldias, senior researcher for the Argentina project at Washington, D.C.-based think tank the Wilson Center, told CGTN.

The country's finances are perennially under debt-related pressure, and in May Argentina committed to its ninth sovereign default, later in August agreeing with creditors to restructure its 65 billion U.S. dollar debt; meanwhile the national economy is expected to contract 12 percent this year, according to Reuters.

Peru's coronavirus trajectory has met a similar fate, though the country's official figures are likely to be greater than its neighbors given its high level of testing. Peru has the third highest death toll in Latin America, standing at 27,034 as of August 22 in a country of just 33 million, and the continent's largest number of deaths per million inhabitants, according to the University of Miami. 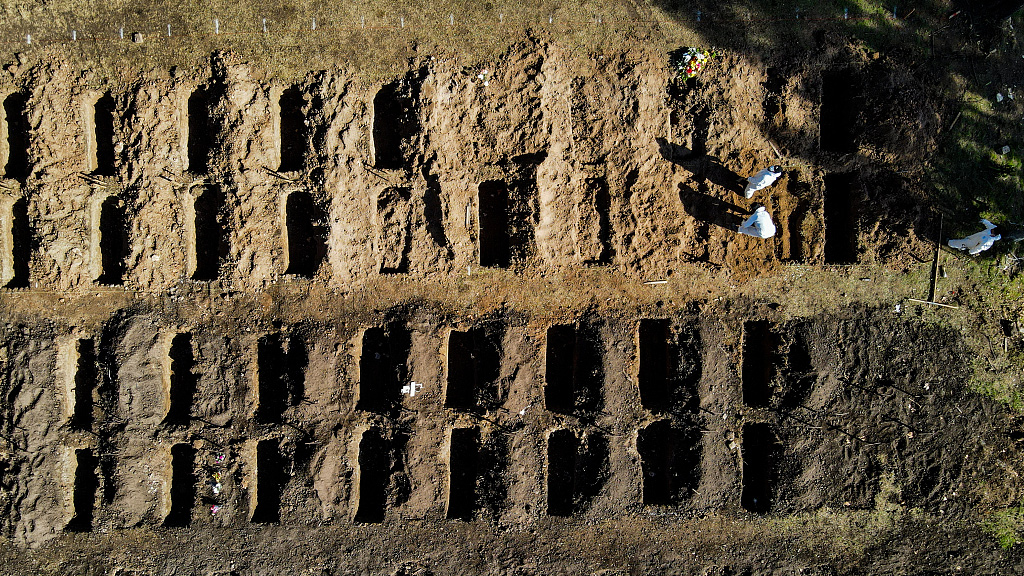 An aerial view of Chacarita Cemetery, Buenos Aires, Argentina, on July 24, 2020. This is the largest cemetery in the city and as many as 1,000 graves have been added to bury those who die from COVID-19. /CFP

An aerial view of Chacarita Cemetery, Buenos Aires, Argentina, on July 24, 2020. This is the largest cemetery in the city and as many as 1,000 graves have been added to bury those who die from COVID-19. /CFP

Who has done well?

Uruguay, one of Latin America's smaller countries both in geographical size and population, has performed comparatively well in containing the novel coronavirus, due in part to relatively low levels of informal labor and a more robust healthcare system.

"But that's not the only factor at play. Uruguay also has better levels of social cohesion, with a popular new government, more effective political institutions and lower pressure for the sort of social unrest that plagued Latin America in the run-up to the pandemic," Mackie told CGTN.

Early on amid the pandemic, Uruguayan scientists produced test kits for use at home and even shipped them to neighboring countries in need. The country has not had an official lockdown.

Uruguay, landlocked Paraguay and to a lesser extent Costa Rica were pinpointed by Saldias for their inherent geographical advantages which have helped prevent the virus running as rampant as it has in other countries in the region.

"(These countries) have relatively low population densities (while) their border regions are sparsely populated and are distant from the main population centers. This allows them to better control any spillover from neighboring countries, especially Brazil, Nicaragua and Paraguay that all have well-known or hidden outbreaks," he explained.

"Their main cities are also smaller than those in other parts of Latin America and low-income neighborhoods, where the virus has an easier time spreading, are less dense than those seen in Brazil or Argentina, for example. Since they only have one main city that is connected to the rest of the world, via air travel, spread from international travelers is also much easier to control," Saldias added. 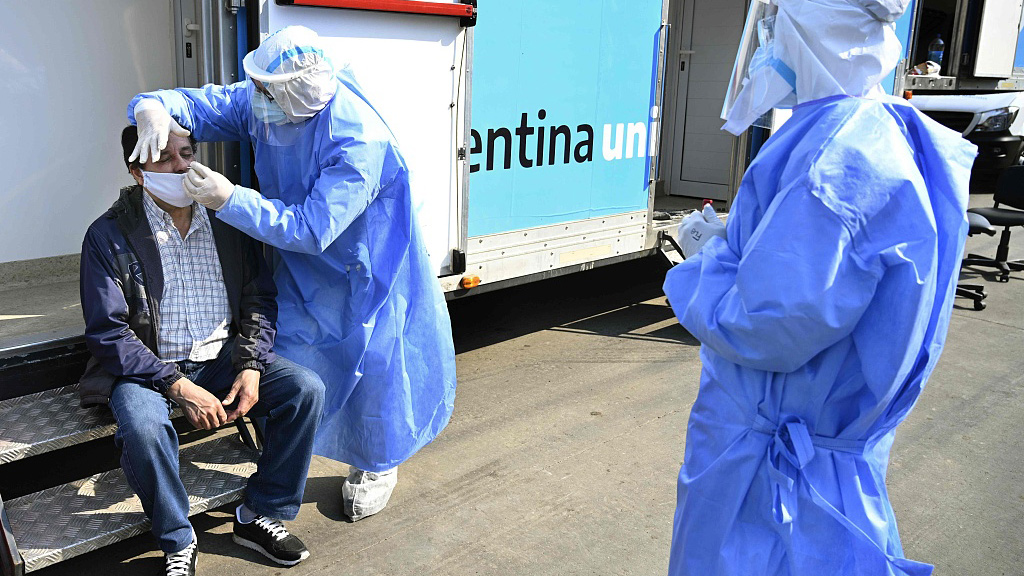 Testing for the novel coronavirus in Fiorito, a suburb of Buenos Aires, Argentina, August 3, 2020. /CFP

Testing for the novel coronavirus in Fiorito, a suburb of Buenos Aires, Argentina, August 3, 2020. /CFP

Uruguay and Paraguay respectively have 10 and 7.3 deaths caused by the new type of coronavirus per million people, according to the University of Miami's data as of early August.

A UN report released early last month on the economic impact of the coronavirus on Latin America sounded the alarm on worrying statistical trends. Regional GDP is projected to shrink by 9.1 percent, the largest contraction in a century.

Unemployment is expected to swell to 13.5 percent this year, up from 8.1 percent in 2019 and equaling 44 million people out of work. Meanwhile, the poverty rate is anticipated to surge 7 percent to 37.2 percent in 2020, meaning 230 million poverty-stricken people.

The pandemic's stranglehold on economies that were already struggling "will ultimately produce pressure for fresh social unrest after a period of unity and co-operation in the face of COVID-19," Mackie warned.

"As differences over the policy response grow, and with conditions for consumers remaining weak, the risk that social unrest actually starts a vicious cycle of increased transmission and further strict lockdown measures will be high," she detailed.