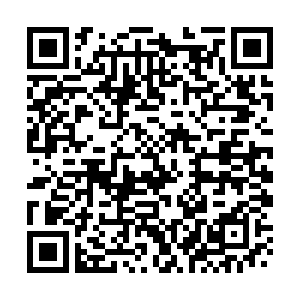 This month, Chinese President Xi Jinping has called for an end to food waste and called for promoting thrift.

Calling the issue of food waste shocking and distressing, Xi highlighted the need to maintain a sense of crisis regarding food security, especially amid the fallout of the COVID-19 pandemic, despite the fact that China has scored consecutive bumper harvests.

As the world's top food producer and consumer, China saw its grain output reach a record high of 664 million tonnes last year, the 16th bumper year in a row. This year's summer grain output has also reached a historical high.

China's per capita grain output is over 470 kilograms, well above the food security warning line set by the Food and Agriculture Organization (FAO) of the United Nations.

China is self-reliant in securing its own food supply, said a white paper on food security issued in October last year. 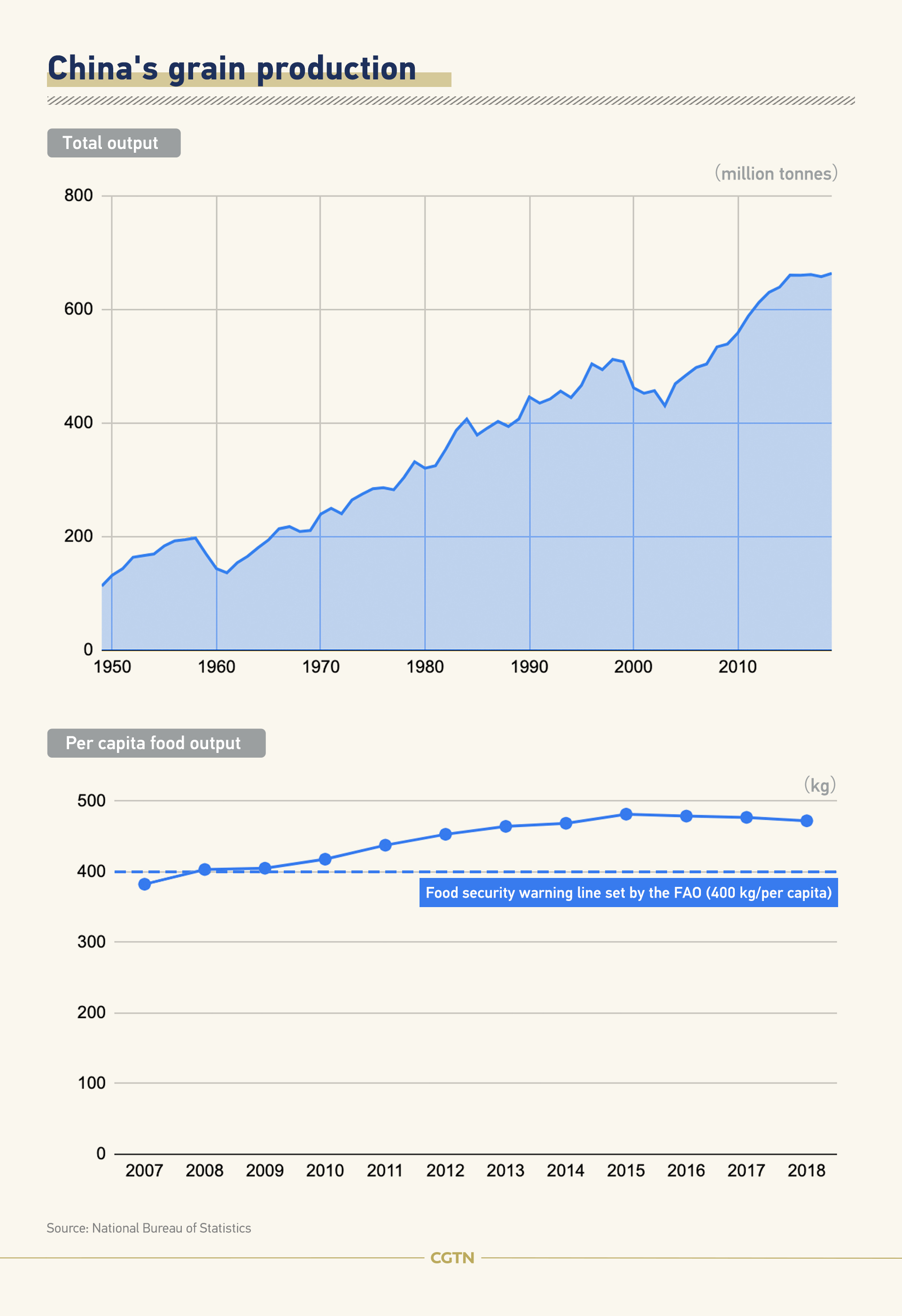 However, China's grain production and demand will remain "tightly balanced" in the long term, the document also pointed out.

Avoiding a food crisis has always been, and will continue to be among the nation's top priorities.

It is estimated that consumers in Chinese cities wasted 17 to 18 million tonnes of food in 2015 – enough to feed 30 million to 50 million people for a year, according to an investigation conducted by the Institute of Geographic and National Resources Research and the World Wide Fund for Nature.

Other figures said that the annual food loss and waste could reach 35 million tonnes – roughly six percent of China's annual grain output, according to The People's Daily. 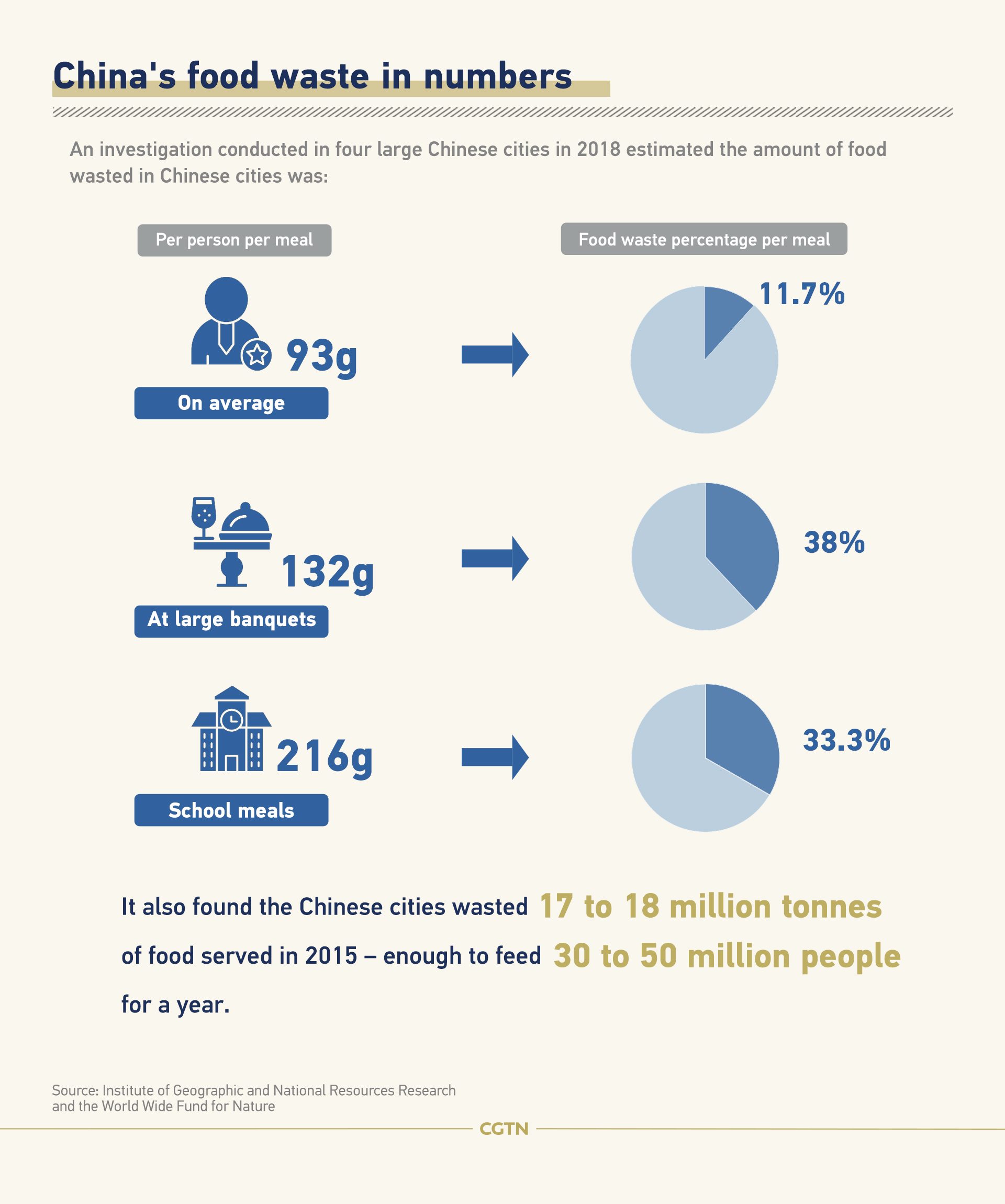 The investigation conducted in four large Chinese cities in 2018 estimated that the amount of food wasted in Chinese cities was 93 grams per person per meal, or 12 percent of that was served.

At large banquets, more than one-third of the food was just dumped. 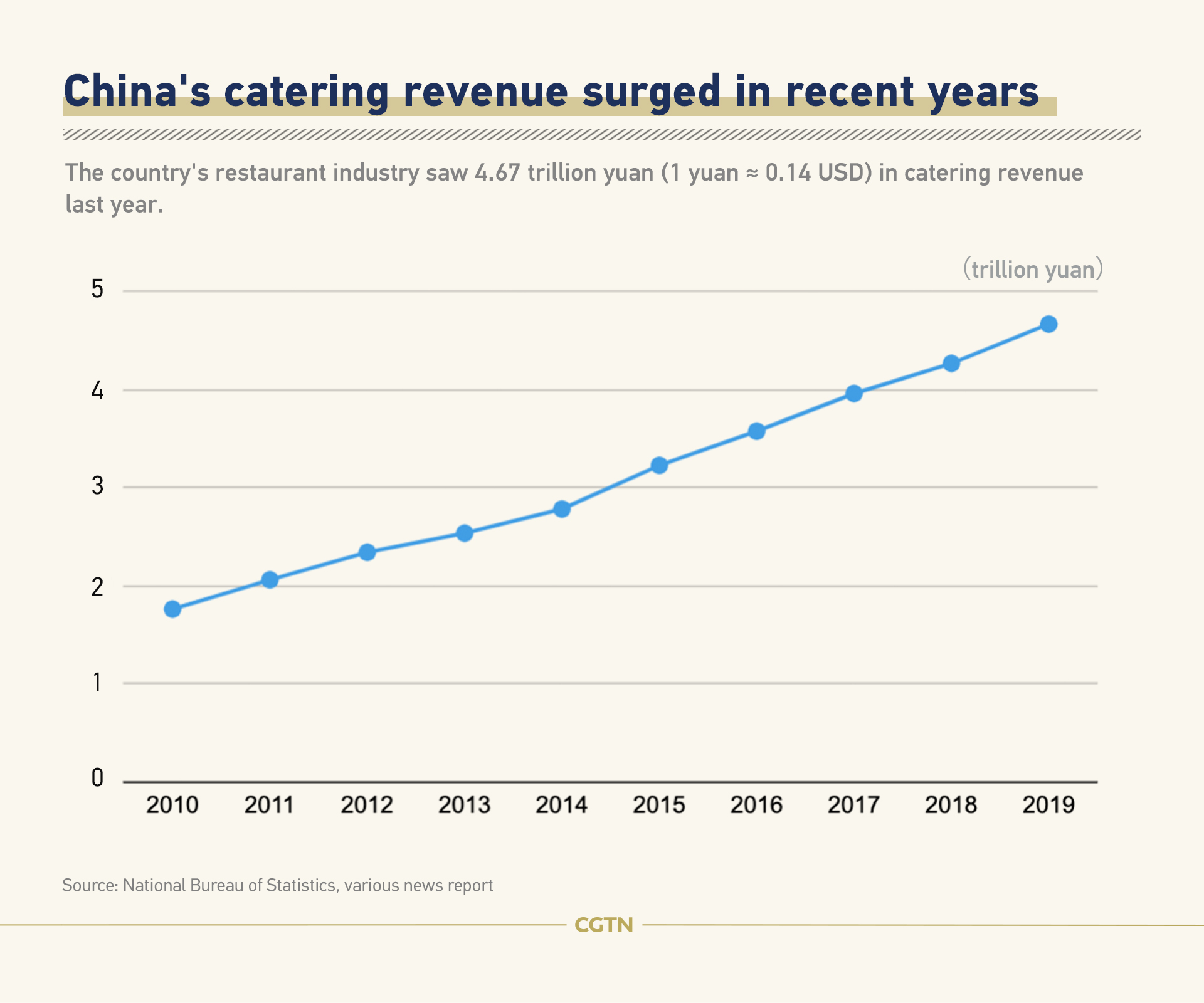 On short-video apps where video bloggers draw hordes of fans, an entire "big stomach kings" business model was thrown into question. Livestreamers who gained fame by recording themselves in gluttony were criticized by the public and the authorities.

When searching for terms such as "eating show" on Douyin, the Chinese sister app to TikTok, a warning pops up saying: "Cherish food, refuse wasting, eat properly, have a healthy life."

Each year, one-third of food produced for human consumption is lost or wasted globally, which amounts to about 1.3 billion tonnes per year.

Before the pandemic, 135 million people worldwide were already coping with acute hunger, according to the Global Report on Food Crisis 2020, issued by FAO. It suggested that the pandemic could result in an additional 83 million to 132 million people being undernourished worldwide this year. 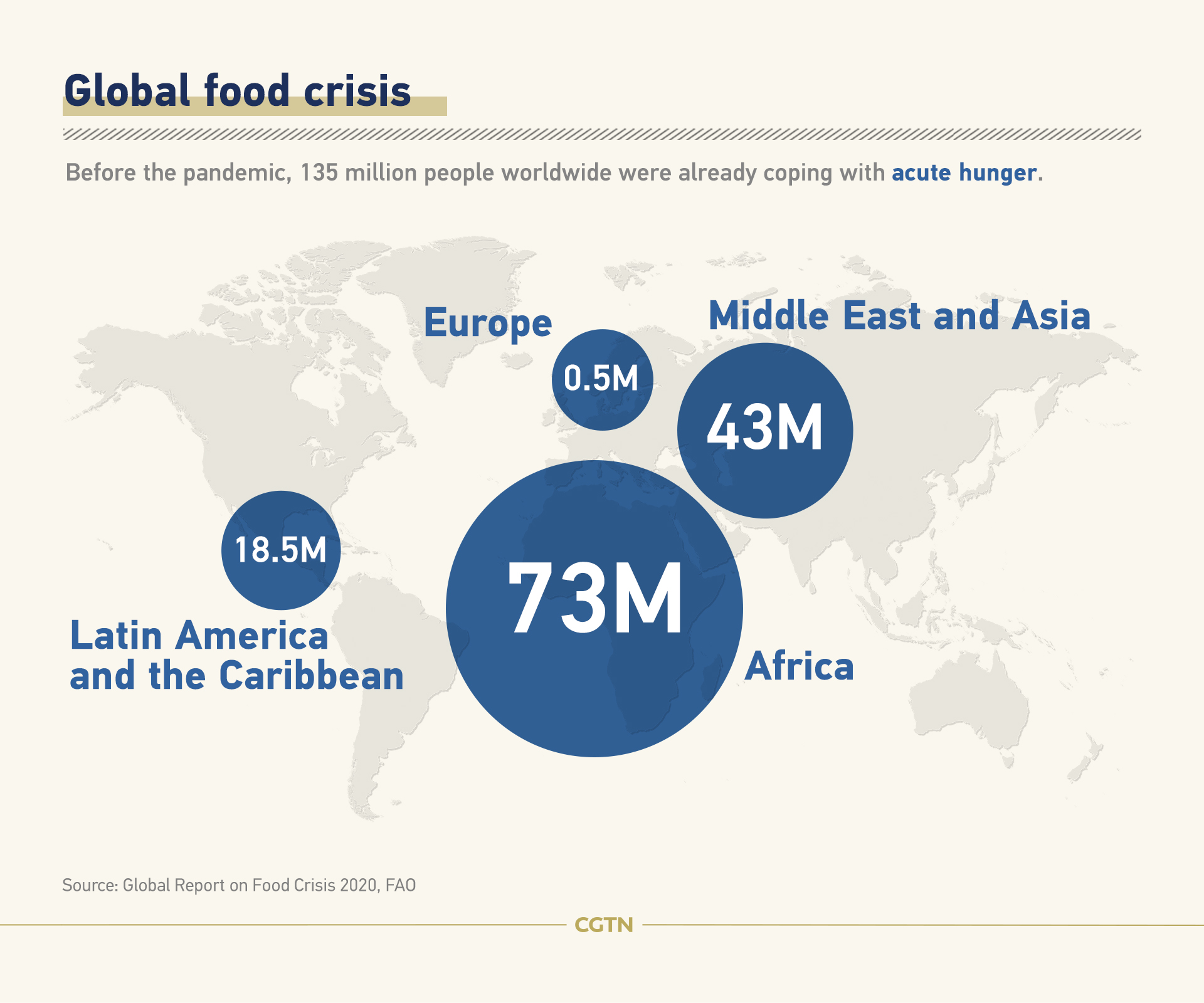 Restrictions on food exports and panic hoarding in some countries and regions, as well as desert locust plagues, had a negative impact on food production.

Such bans on food exports have had a very limited impact on China, which has no food shortage and years of good harvest and a strategic food reserve system. But China's dependence on imports for meat and soybean could eventually spell trouble if epidemic measures further disrupt supply chains, Fan Shenggen, chair professor at China Agricultural University, told CGTN.

China currently imports more than 80 percent of its soybeans, with around 86 million tonnes imported last year. 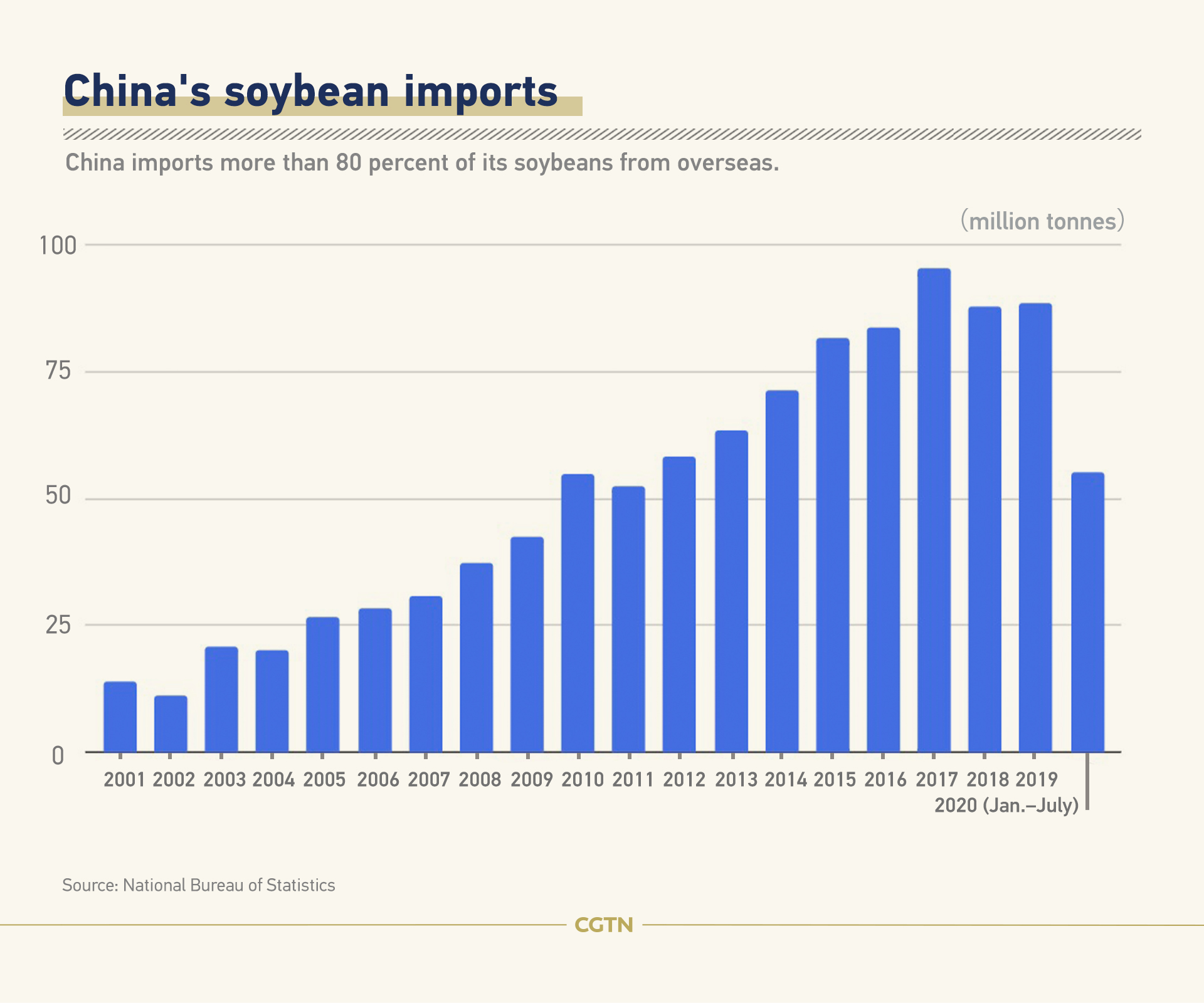 Responding to the anti-food waste call, restaurants, trade associations, and local governments have come up with measures to reduce food waste. For example, the Wuhan Catering Industry Association urged restaurants in the city to implement the "N-1 ordering" model, meaning a group orders one dish fewer than the number of diners in that group.

More restaurants around the country are providing customers with the option of ordering smaller portions to cut wastage.